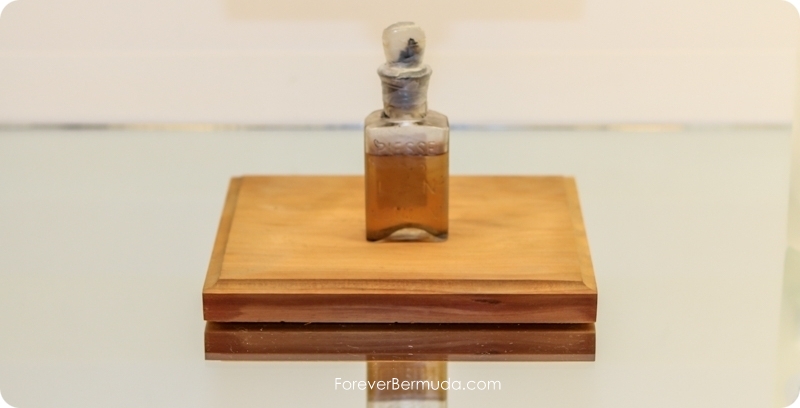 In September 1864, a Civil War Blockade Runner sailing to South Carolina sank off the south shore of Bermuda, and it — along with its cargo of wine and perfume — was found in the ocean’s depths in 2011.

The perfume has been recreated and will be unveiled in New York this week, finally making the perfume’s journey to America complete… some 150 years later.

The recreation of the 150 year-old perfume discovered in the Bermuda shipwreck has been successfully re-created and now will be available for purchase in a limited edition collection.

Lili Bermuda will unveil the fragrance on September 23, 2014 at an exclusive Tribeca event in New York.

The New York City beauty and travel industry press have been invited to attend. Dignitaries and celebrities from the United States and Bermuda are expected to attend as well to mark the historic significance of the occasion.

“The romantic history of this 19th Century perfume, its remarkable underwater discovery and now its spectacular replica have captivated so many people in so many places,” said Isabelle Ramsay Brackstone, owner and Master Perfumer of The Bermuda Perfumery.

“Now we are ready to unveil the fragrance and allow people to literally wear history in a luxurious way,” Ms. Brackstone added.

An international team of marine archeologists discovered a well-hidden cargo of perfume bottles in the ship’s bow in 2011, after a Bermuda storm blew through and shifted the wreck.

The intact bottles were embossed Piesse and Lubin London signifying they came from a now defunct perfume house on Bond Street in London.

It was a place sought after by the world’s elite and its perfumer, G.W. Septimus Piesse, wrote the first book on modern fragrance-making in 1857 called The Art of Perfumery.

Later it was determined the precious cargo of perfume – smuggled during the Civil War – was likely en route to the neck of a wealthy woman in the American South. Now, 150 years later, the perfume’s journey to America will be completed. 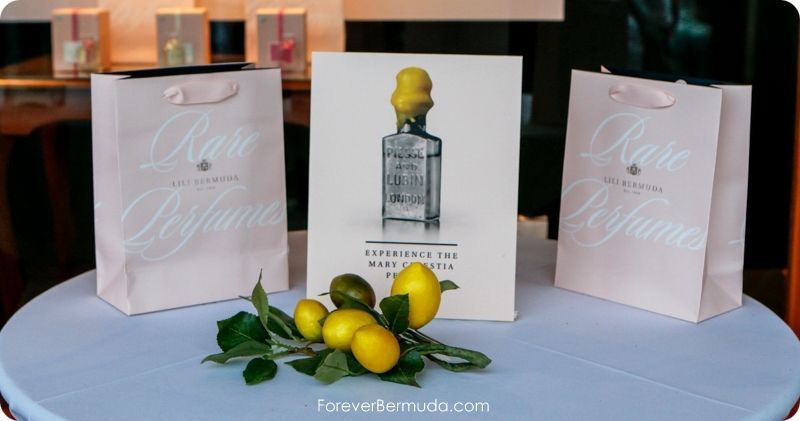 Mrs. Ramsay-Brackstone said, “The Piesse and Lubin fragrance recovered from our waters is truly a treasure from the ocean floor and we will go to great lengths to honor its cultural significance to Bermuda’s heritage.”

When unveiled in New York, The Bermuda Perfumery will announce purchase details including the volume of the limited edition and a new philanthropic effort associated with the sales effort.

The Bermuda Tourism Authority [BTA] will partner in the event to leverage the fascinating story of the Mary Celestia, showcasing Bermuda as a travel destination to some of the world’s foremost lifestyle media in New York, Bermuda’s top feeder market.

“This story embraces the Bermuda experience including the luxury, intrigue and exploration of travel,” said Bill Hanbury, Chief Executive Officer of the BTA. “

The rich narrative of the shipwreck and its recently recovered treasures marry style, culture, heritage and diving. Lili Bermuda is using these ingredients to promote its fragrance and we believe we can use them to market the destination as well.”

The Bermuda Perfumery has created fragrances in Bermuda since 1928. It is known for launching Lili Bermuda, the exclusive fragrance line of Bermuda, which exudes the essence of Bermuda through the art of perfumery.

The perfumes are uniquely crafted with a deep understanding of beauty, quality and luxury at The Bermuda Perfumery in historic Stewart Hall in St. George, Bermuda.

With our waters playing host to more than 300 shipwrecks laid at the bottom of the ocean over a number of centuries, Bermuda has done well to earn itself the title of “Shipwreck Diving Capital of the Atlantic,” boasting ample opportunity for you to find yourself face-to-face with some of the most compelling vestiges of our past that the sea has to offer.