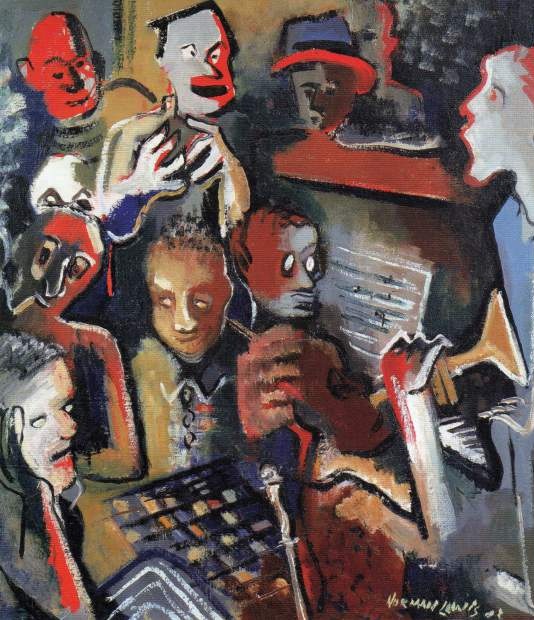 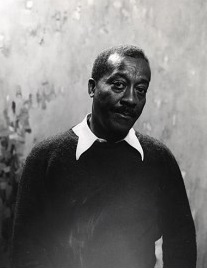 The premier African-American Abstract Expressionist of his generation, Norman Wilfred Lewis was the son of parents who had emigrated to New York from Bermuda in the early 20th century.

Mr. Lewis [1909-1979] was born in Harlem to Bermudians Diana and Wilfred Lewis. As a youth, Mr. Lewis held various jobs throughout his schooling but knew he wanted to be an artist from the age of nine.

When he was about 20, Mr. Lewis [pictured] found work on a freighter and spent several years travelling to Bermuda, South America and the Caribbean, meeting the people and witnessing first hand the poverty of Bolivia, Uruguay, Jamaica, and elsewhere. Upon his return to the United States, Mr. Lewis settled back in New York City.

Always interested in art, he had amassed a large art history library by the time he was a young man. An important early influence was the sculptor and teacher Augusta Savage, who provided him with open studio space at her Harlem Art Center. He also participated in art projects alongside Jackson Pollock — the 20th century’s foremost exponent of American Expressionism — among others.

He was an early member of the Spiral Group, a group of artists and writers who met regularly that included Charles Alston, Romare Bearden, Ralph Ellison, and Jacob Lawrence.

His earlier work was mostly figurative. He at first painted what he saw, which ranged from “Meeting Place” [1930], a swap meet scene, and “The Yellow Hat” [1936], a formal Cubist painting, to “Dispossed [1940], an eviction scene, and “Jazz Musicians” [1948], a visual depiction of the bebop that was being played in Harlem. 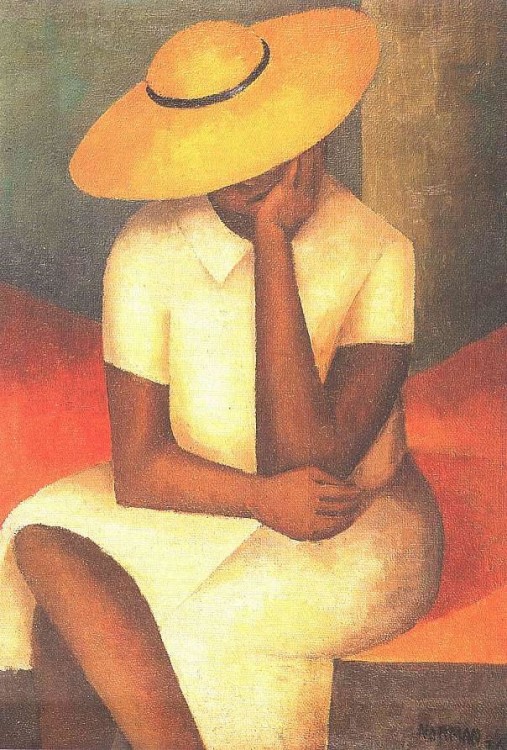 One of his best known paintings, “Migrating Birds” [1954], won the Popular Prize at the Carnegie Museum’s 1955 Carnegie International Exhibition, the “New York Herald-Tribune” calling the painting “one of the most significant of all events of the 1955 art year.”

In 1963 he was a founding member of the influential SPIRAL Group. 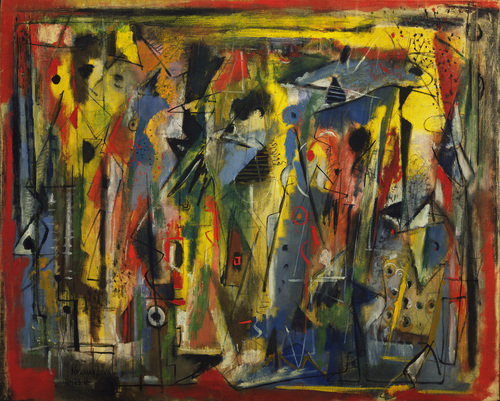 Although represented by galleries, and the recipient of many awards and good reviews, his work did not sell nearly as well as the other Abstract Expressionists he exhibited with, such as Mark Tobey or Mark Rothko.

His body of work included paintings, drawings, and murals. Mostly he supported himself, and later his wife and daughter, through teaching. In 1972, he received a grant from the Mark Rothko Foundation and a Fellowship from the National Endowment for the Arts. In 1975 he received a Guggenheim Fellowship.

Works by Norman Lewis are in the collections of many major American museums including: Butler Institute of Art; Munson-Williams-Proctor Arts Institute; New Jersey State Museum; Sheldon Museum of Art; The Dayton Art Institute; The Newark Museum; The Whitney Museum of American Art and the Museum of Modern Art [MOMA].