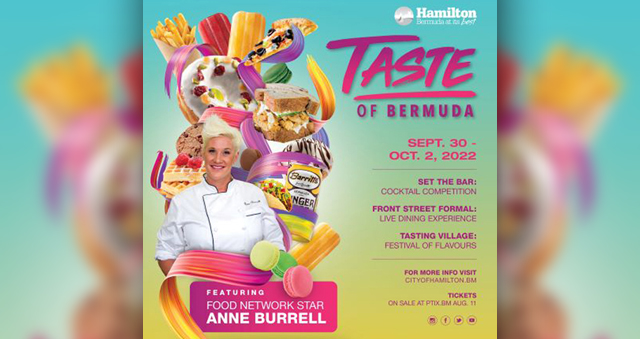 The City of Hamilton announced that tickets for Taste of Bermuda – Hamilton’s most delicious and fun food festival – are now on sale!

The City has partnered with Premier Tickets [Ptix] to offer convenient ticket purchasing options for one of the most anticipated events of the year. Go to www.ptix.bm to order your tickets today!

Adding to the excitement, the City can now reveal that Food Network celebrity chef Anne Burrell will visit Bermuda for Taste of Bermuda, taking part in the tastebud-awakening weekend as the event’s official celebrity guest chef.

The City’s Director of Marketing and Communications Mrs. Jessica Astwood said, “The City of Hamilton is thrilled to host Mrs. Anne Burrell at this year’s Taste of Bermuda festival. Anne is a renowned celebrity chef and anyone who has ever watched her on Food Network will know that the energy and passion she has for cooking and delicious food is second to none. During the weekend, Anne will be taking part in two cooking demonstrations at our Tasting Village followed by a book signing and an appearance at the Front Street Formal Dinner. She will also speak with Bermuda College culinary students to impart her knowledge and no doubt inspire a generation of aspiring chefs.” 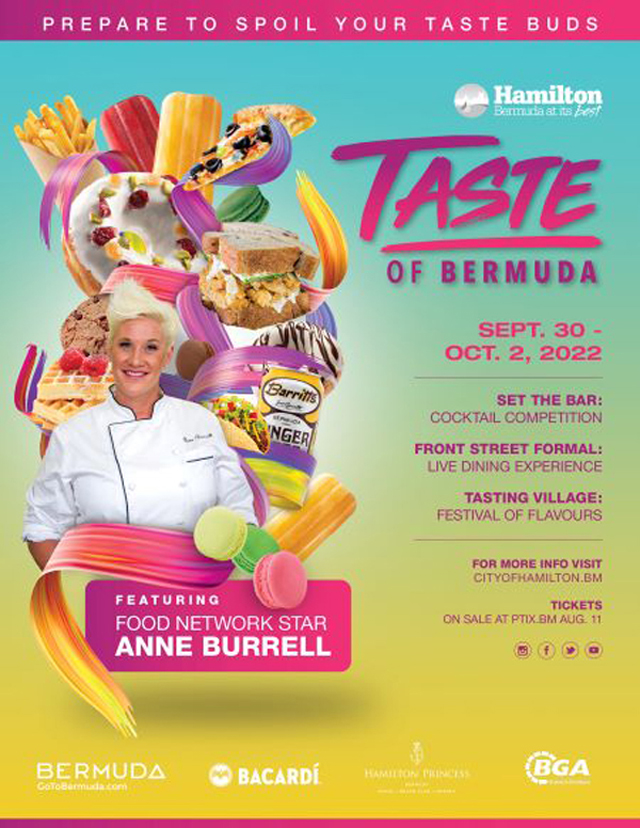 Anne Burrell is an American chef, television personality, and former instructor at the Institute of Culinary Education. She is the host of the Food Network show Secrets of a Restaurant Chef and co-host of Worst Cooks in America. She was also one of the sous chefs featured in the Iron Chef America series and appears on other programs on the network such as The Best Thing I Ever Ate. She was a contestant on the fourth season of The Food Network competition show, The Next Iron Chef Super Chefs and was also a contestant on the first season of Chopped All-Stars Tournament. In 2015, she won the fourth installment of the Chopped All-Stars tournament. She also hosted the series Chef Wanted with Anne Burrell from 2012 to 2013. Anne has worked at some of the top restaurants in New York and studied the culinary landscape and traditions of Italy. In 2011, she published her first cookbook, Cook Like a Rock Star, which earned a place on the New York Times Best Seller list. In 2013, Anne released her second cookbook, Own Your Kitchen.

Celebrity Chef Anne Burrell said: “I am SUPER excited to be a part of this year’s Taste of Bermuda weekend this Fall! Bermuda is such a beautiful and special place. Nothing makes me happier than to cook for people and it is truly an honor to meet with culinary students who will be our chefs of the future. I am just so THRILLED to be their guest chef at this wonderful event!” 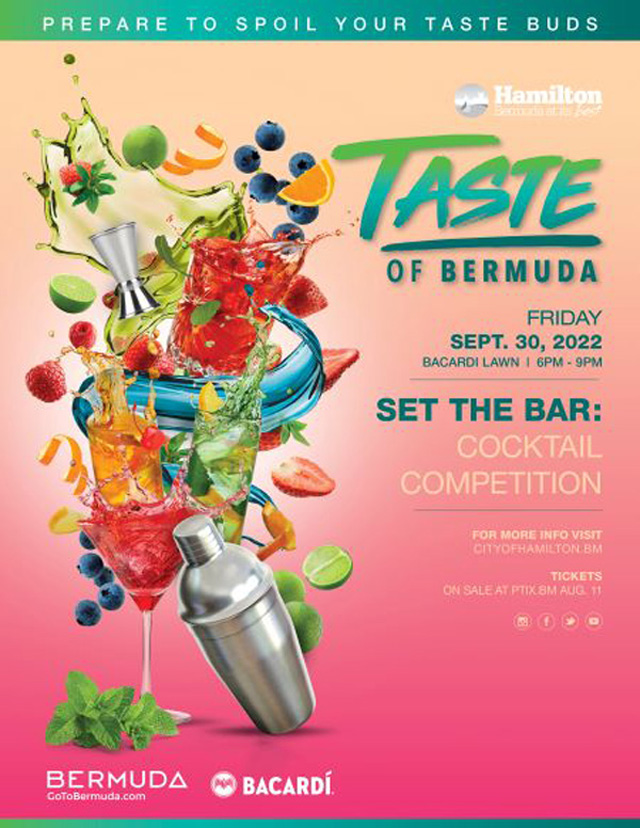 A BTA Spokesperson said, “The BTA is proud to sponsor Taste of Bermuda again this year and is delighted that the City has brought Celebrity Chef Anne Burrell onboard to showcase her expertise and personality to the people of Bermuda as well as those international attendees who have endeavored to make Taste part of their visitor experience. Events like Taste of Bermuda are an exciting addition to our lineup of visitor offerings.” 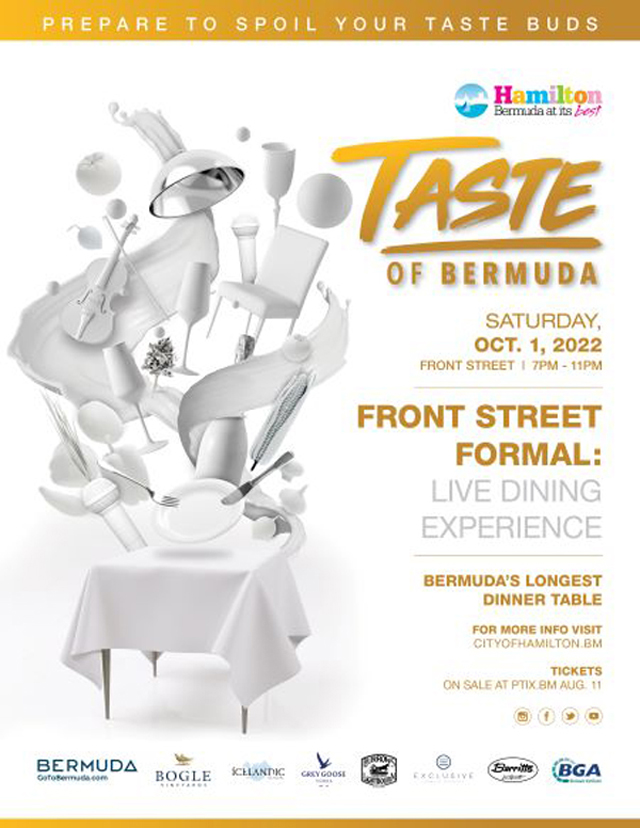 Among the offerings at the Taste of Bermuda 2022 event will be: 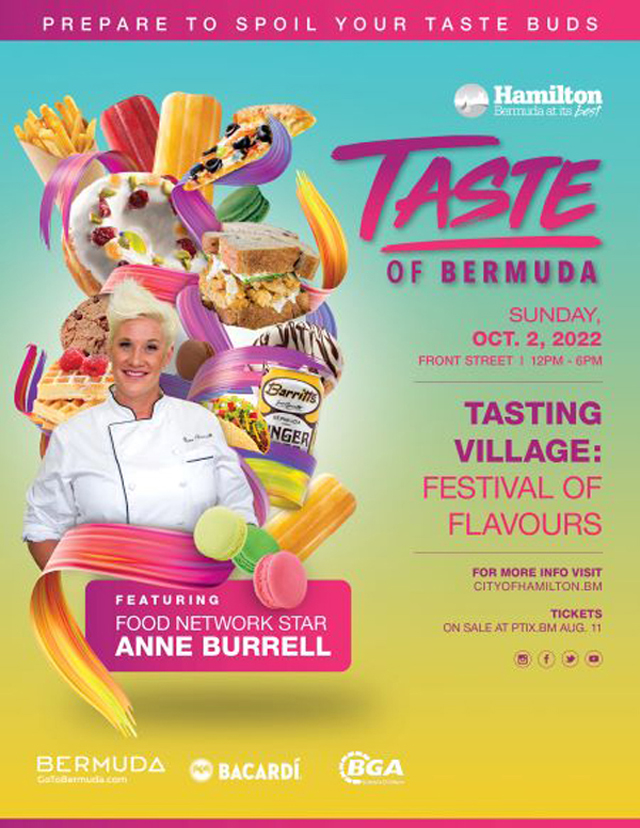 “In previous years, the event program has been known to bring out upwards of 4,000 attendees over the course of the weekend,” said Mrs. Astwood. “This bespoke culinary experience has been designed to create an atmosphere which will connect attendees collectively with both old traditions and new trends in the culinary industry. Taste of Bermuda promises to showcase our culture, celebrate community and support Bermuda businesses.” 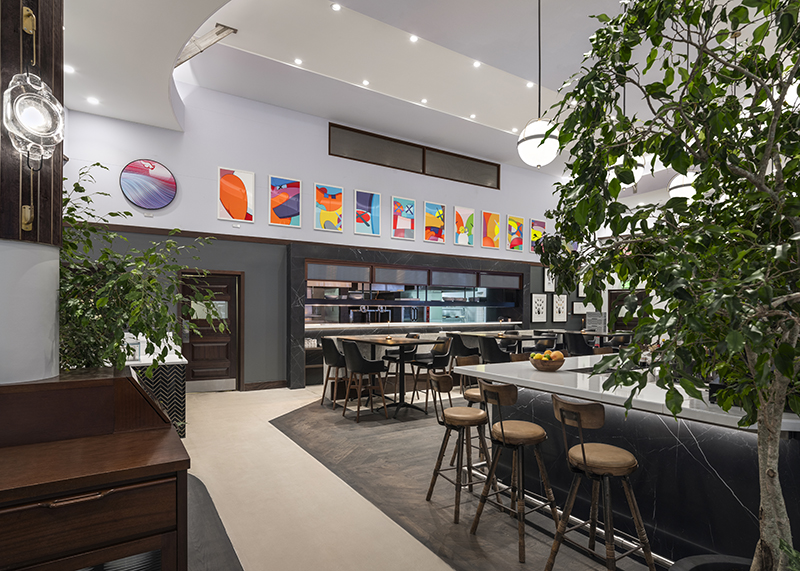 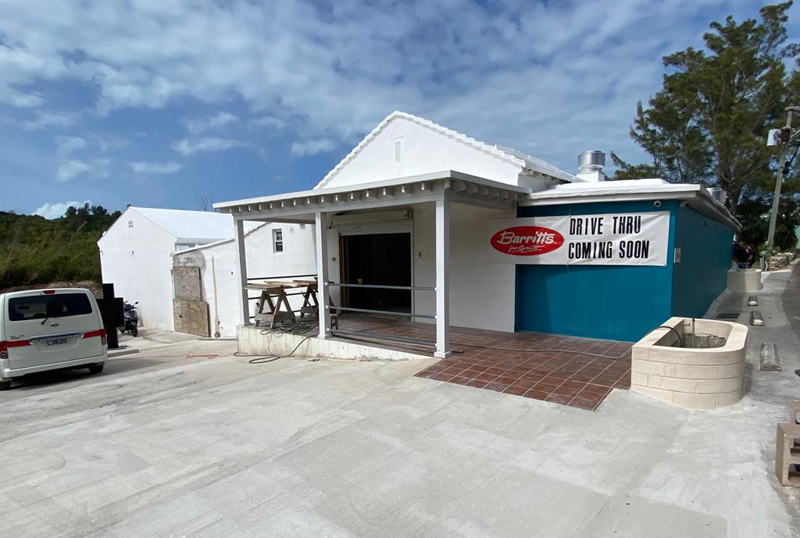 New Drive Thru Restaurant To Open In Devonshire 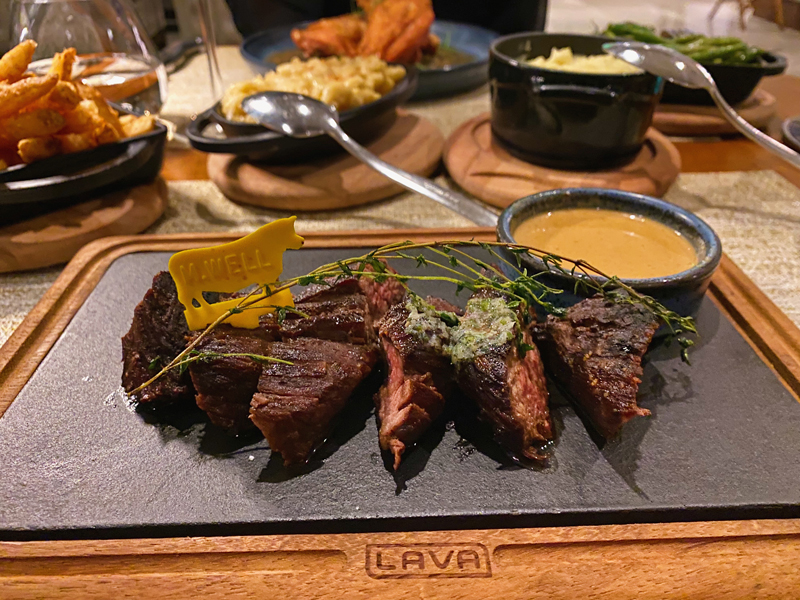 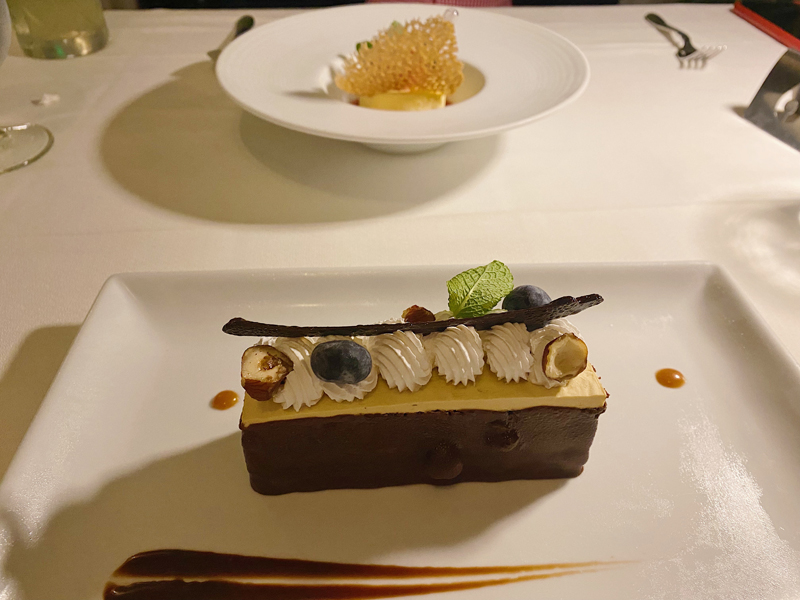 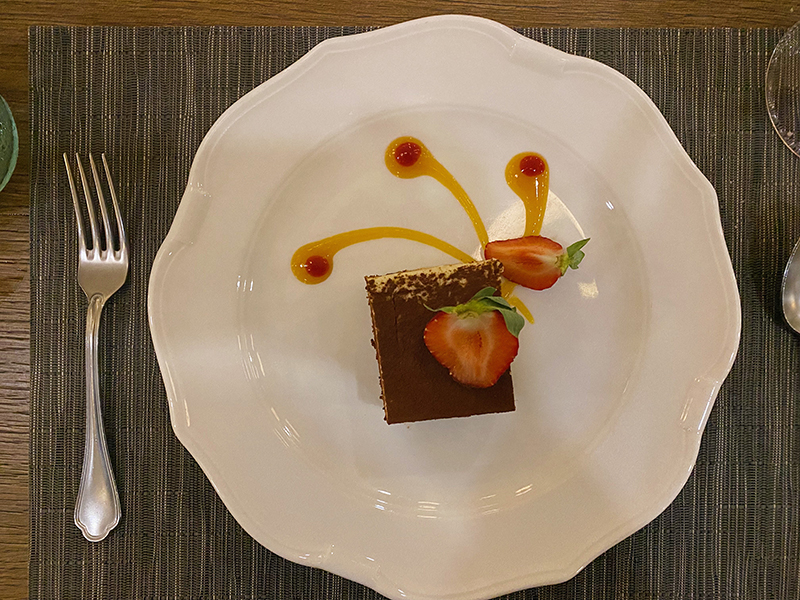 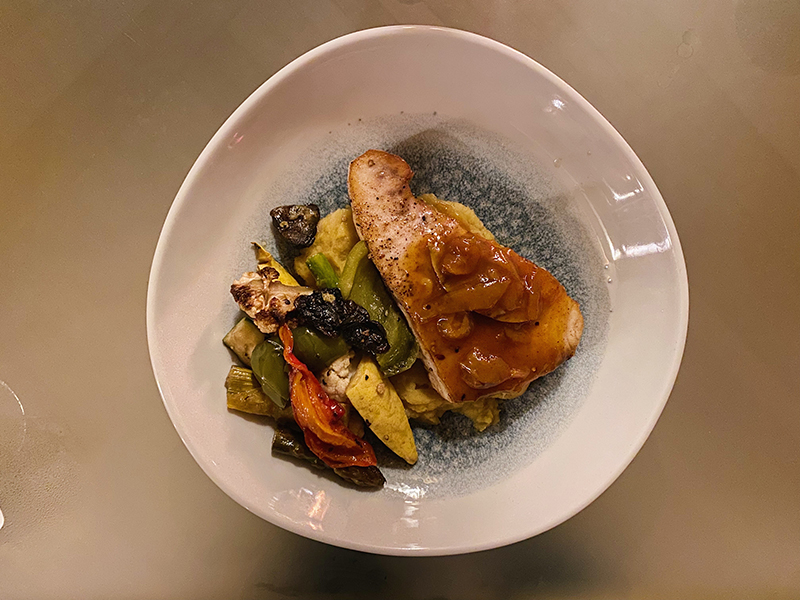