Some 150 delegates turned out for this week’s inaugural event, presented by Bermuda Tourism Authority [BTA] in association with the Bermuda Institute for Ocean Sciences [BIOS] and the Bermuda Championship, an official PGA TOUR event running today through Sunday.

“Tourism—not just in Bermuda, but around the globe—finds itself at the core of this critical issue, so it makes sense for a destination marketing organisation like the BTA to encourage conversation and action around climate science,” said BTA CEO Kevin Dallas.

“We thank all our partner stakeholders and hope to continue working with them to build this event into a powerful annual platform to brainstorm positive action and solutions.”

Mr Bloomberg, the three-term New York City mayor, best-selling author, and global leader on climate change kicked off the event with a 45-minute keynote conversation with Premier Burt, discussing a range of topics, including the importance of reducing carbon emissions to the role Bermuda can play in the global climate-change conversation. 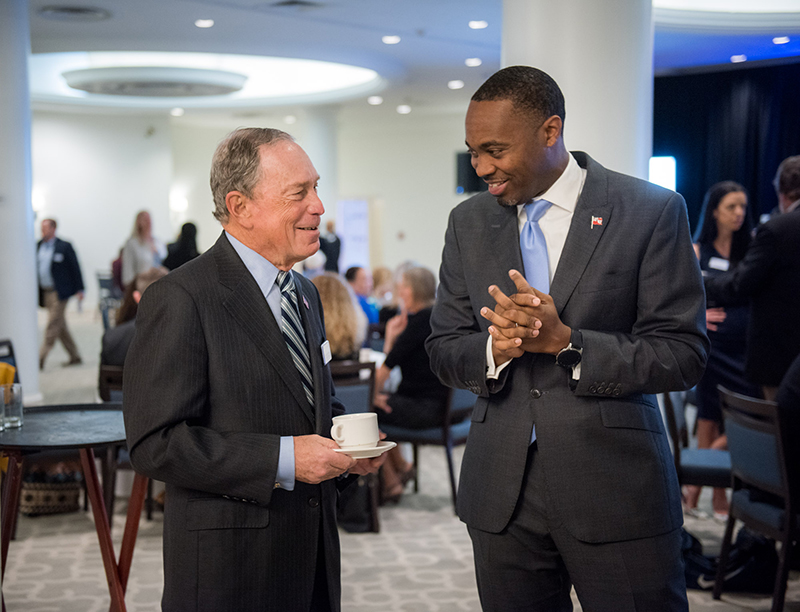 “Bermuda experiences the direct impact of storms and it’s also home to a global insurance industry, so the effects of climate change on the balance sheet are seen right away,” noted Mr Bloomberg.

“The island is a place with a strong connection to the ocean and good science research is done here. I think Bermuda can also be an example in terms of preparation: its infrastructure is built to high standards, so a storm typically won’t be as damaging as it might elsewhere.” 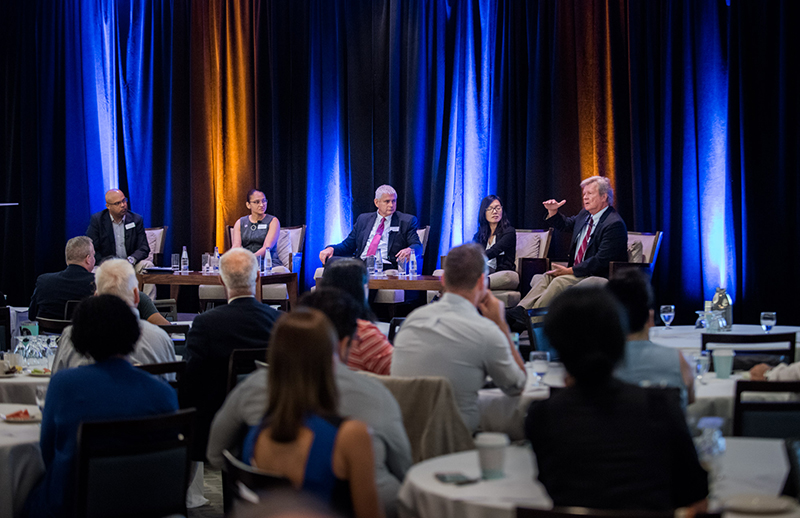 Their session was followed by two expert panels focused on the challenges of climate change and sea-level rise facing islands, and ways the global insurance community, including Bermuda’s re/insurance hub, could play a key part in mitigating risk and building resilience.

Moderated by Dr. Mark Guishard, Director of the Risk Prediction Initiative at BIOS, the first panel featured top scientists and disaster responders discussing climate’s particular threat to islands and how nations like Bermuda can highlight lessons in resilience. 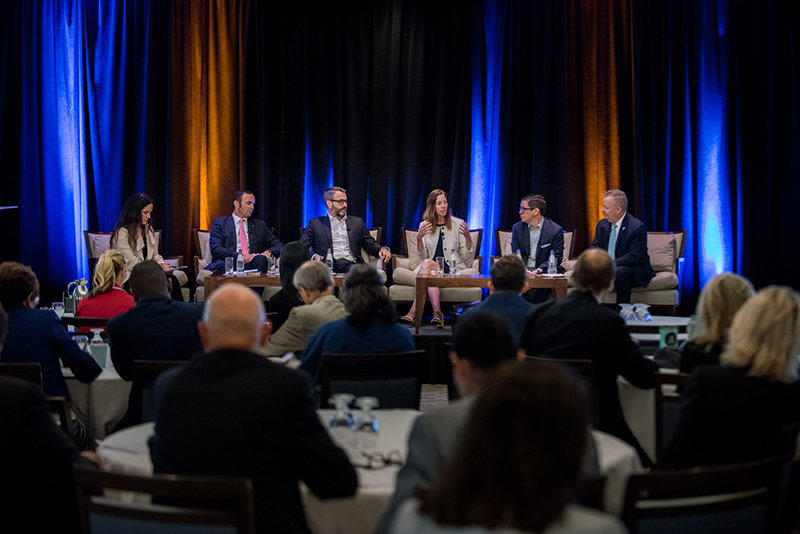 “BIOS is pleased to have partnered with the BTA and the PGA TOUR to deliver cross-cutting messages about the risks we face from recent and future changes in climate,” said Curry. “We look forward to continued collaborations with policy experts, industry practitioners and fellow scientists to advance this important conversation.” 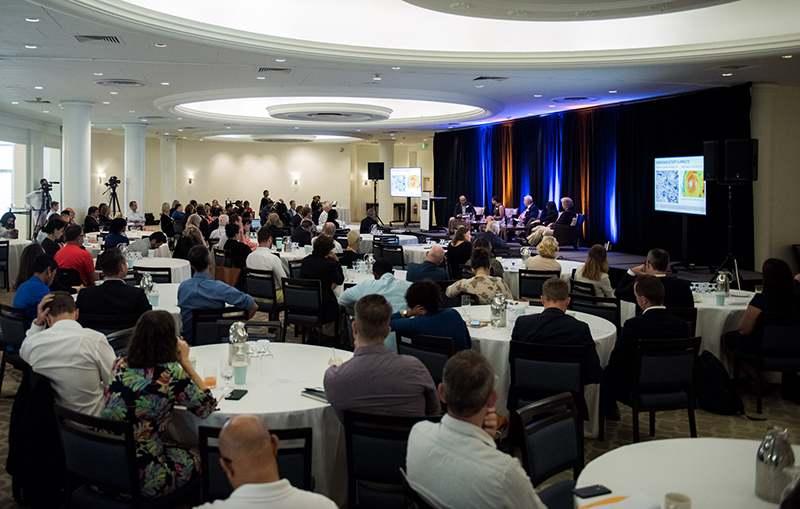 The second panel showcased what major reinsurers are doing to develop innovative financial instruments to build resilience against climate change, as well as the need to reduce the “protection gap” of uninsured regions of the world.