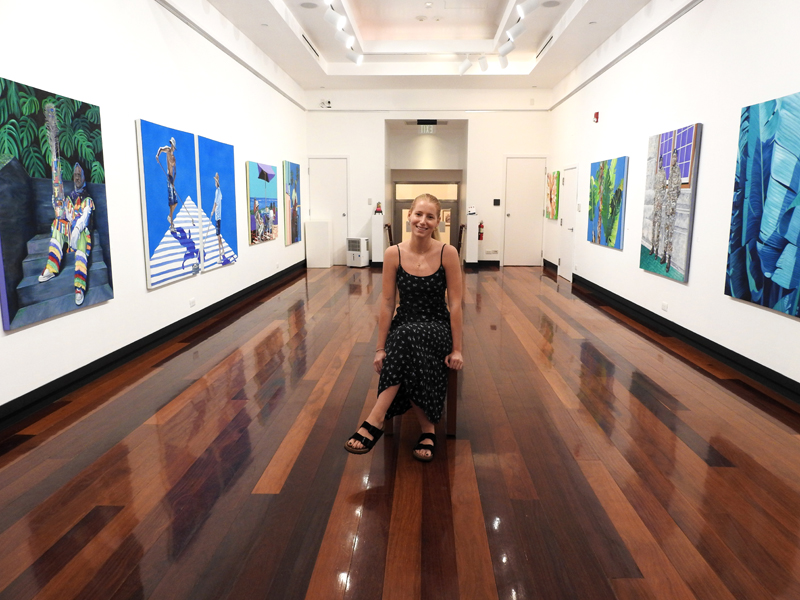 Local artist Phoebe Hughes has spent the past few years capturing the essence of Bermuda by elevating moments of everyday island life through her oil paintings.

A fisherman proudly displaying his lobster catch at Mills Creek, a pair of Royal Bermuda Regiment soldiers standing tall in Dockyard and a larger-than-life taxi driver leaning against his pink taxi on Front Street are among the subjects featured in Hughes’s first solo show.

Aptly entitled “Bermudiana”, the exhibition of 14 paintings opened to rave reviews at the Rick Faries Gallery at the Masterworks Museum last Friday and runs until July 12.

Her canvas creations, painstakingly pieced together inside her shared rented studio in Brixton, South London, are an exploration and celebration of Bermudians going about their everyday lives.

It is a side of Bermuda, she suspects, is often overlooked by visitors to her beloved island.

“Because I’ve grown up here, I’ve always seen so much beauty and spirit in the people,” Ms Hughes told Bernews. 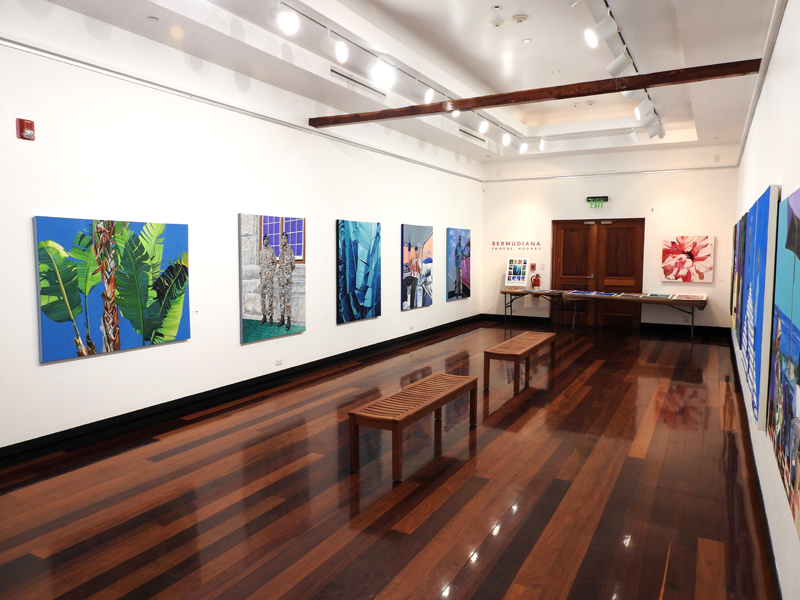 “I wanted to elevate things that didn’t feel touristy. I didn’t want to paint pictures of people sunning themselves on the beach.

“I wanted to show what you see if you live here and elevate those ordinary moments with colour and composition to make them feel important. There’s something different about it when you put it in paint.”

Ms Hughes, who won the “People’s Choice Award” at the Charman Prize Exhibition this year, was approached by Masterworks about displaying her work last summer.

She had already started her project a year earlier, falling back in love with the medium of oil paintings during the Covid-19 pandemic, but needed more time to bring it to completion.

The 24-year-old admits it was tricky at first asking strangers if she could take their photographs and explaining to them her vision.

“It was awkward at the beginning when I didn’t have anything to show them,” said Hughes, who grew up in Paget. “I think people were like, ‘what are you talking about.’ A lot of pictures I took were of people at work. 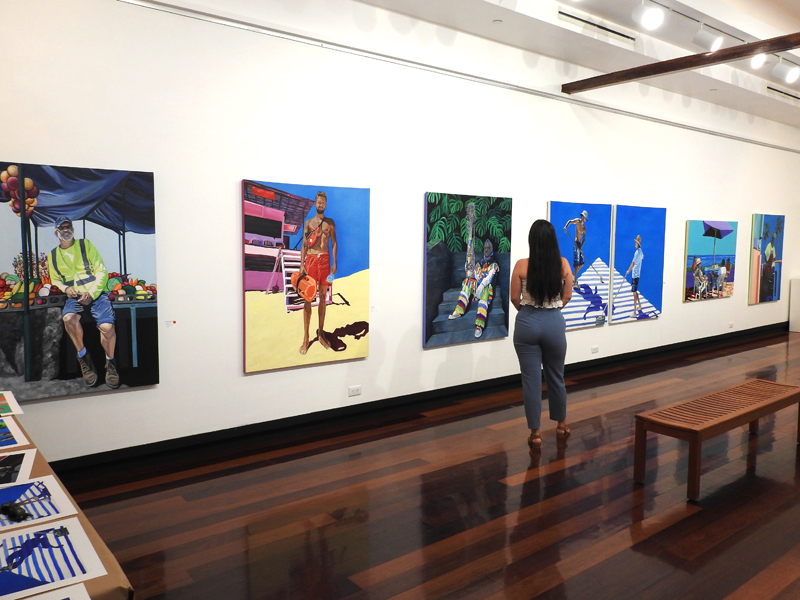 More than 150 people attended her exhibition on opening night, including many of the subjects featured, with Ms Hughes admitting it was a “surreal experience” to witness her vision come to fruition.

“I felt a lot of pressure going into this,” said Ms Hughes, who has already sold nine of her 55in by 45in paintings. “I’d put so much heart and soul into these pieces, and I cared so much about them.

“On Friday, when it felt like everything was falling into place, it was genuinely surreal. It’s a massive confidence boost and makes you feel like you’re on the right track.

“It was great seeing all of the work together. It was how I’d always imagined, like a sliver of Bermuda in the room.

“That was my amazing moment, the winning moment, even if it hadn’t gone well.”

Ms Hughes believes her exhibition will be a springboard to her future artistic endeavours and said the work of Graham Foster, one of Bermuda’s most celebrated artists, is a strong influence. 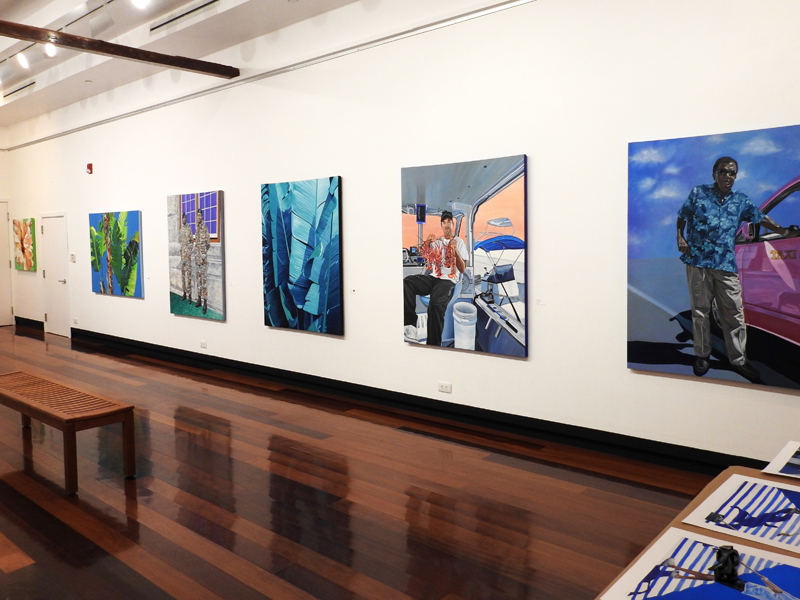 Regardless of her next move, Bermuda, its people, and nature will always be her biggest inspiration.

“I’ve massively enjoyed this series, but I think I will pivot a little,” said Ms Hughes, who graduated from the University of the Arts London in 2015. “I want to go bigger and change it up.

“Bermuda will always be my inspiration. It comes naturally, having grown up here. It will always influence my work. It would be impossible for it not to.

“I really respect Graham Foster; he has a great body of work. He’s always switching it up subtly, but you always know it’s his work. That’s what makes a great artist; being adaptable, experimental and able to change things up.”