Three sailors — John Alden, Kirk Cooper and Bjorn Johnson — have been named to the Bermuda Race Roll of Honour.

A spokesperson said, “Created in 2006 with the centennial of the first “Thrash to the Onion Patch,” the Bermuda Race Roll of Honour recognizes and celebrates extraordinary sailors who have sailed across the Gulf Stream in this unique ocean race. With the addition of John Alden, Kirk Cooper and Bjorn Johnson, there are now 13 individuals on the Roll of Honour. 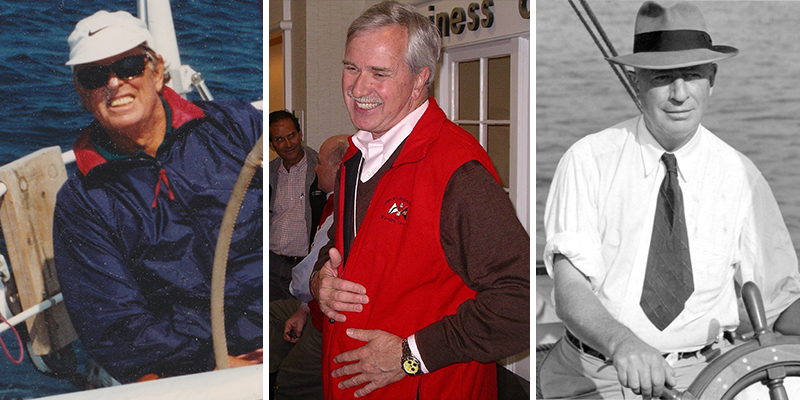 “An ocean racing pioneer both as a sailor and as a naval architect specializing in pioneering offshore sailing yachts for Corinthian crews, John Alden raced to Bermuda 10 times in command of his Malabars. He took home trophies in six races and won three races overall [1923, 1926, 1932], setting a record matched only by Carleton Mitchell.

“A teenager when he sailed the first of his 17 thrashes to his native Onion Patch, Kirk was Royal Bermuda Yacht Club Commodore during the worst storm in the race’s history, in 1972. As the 178-boat fleet made the challenging landfall, he provided superb leadership and calmed worried families and anxious government officials.

The 15 “thrashes” he sailed were a fraction of Bjorn’s contributions to the Newport Bermuda Race. Race Chairman in 2010, he was an ever creative, knowledgeable, and essential volunteer who cheerfully took on the most challenging assignments. He personified the dedicated volunteer spirit that has sustained the race since it was founded in 1906.