Halloween was remarkable in Bermuda — and not due to the ghosts, goblins and witches — but as the island hosted the largest number of cruise visitors to ever visit the island in one day.

Six cruise ships visited — stopping in Dockyard, St George’s, Hamilton and at anchor – with all six ships combined estimated to be carrying over 18,000 passengers and crew.

The Carnival Conquest, Hamburg, AIDAluna, Disney Magic, Azamara Journey, and Norwegian Escape all visited, making for the unusual occurrence of the island hosting six ships at one time.

The three bigger ships — Carnival Conquest, Disney Magic, Norwegian Escape — berthed in Dockyard, while the Azamara Journey was in Hamilton, the Hamburg was in St George’s, and AIDAluna was anchored.

The timing resulted in Bermuda hosting 9,341 cruise ship passengers until 4pm on Halloween, and 8,048 passengers from 4:30pm through November 1st. 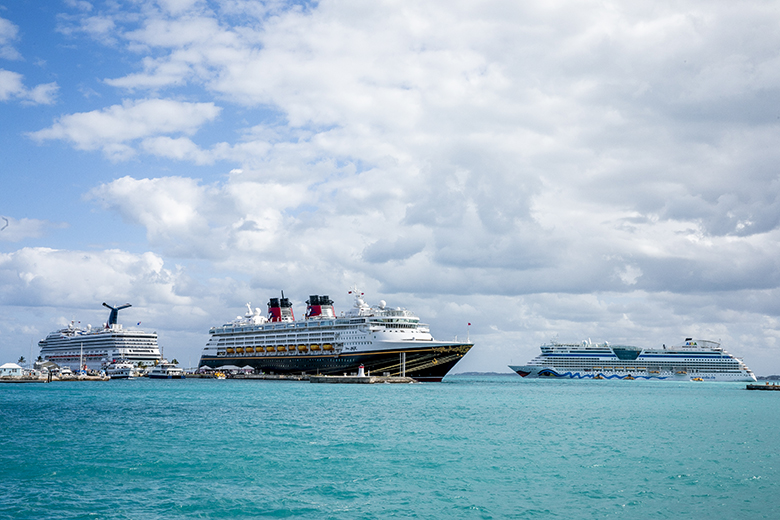 Deputy Premier Walter Roban commented, “I would like to commend the enormous effort set forth by Departments of Public Transportation and Marine and Ports Services, the taxi and minibus industry, and hotel transportation partners. It is no small feat coordinating lift for such a large number of people.”