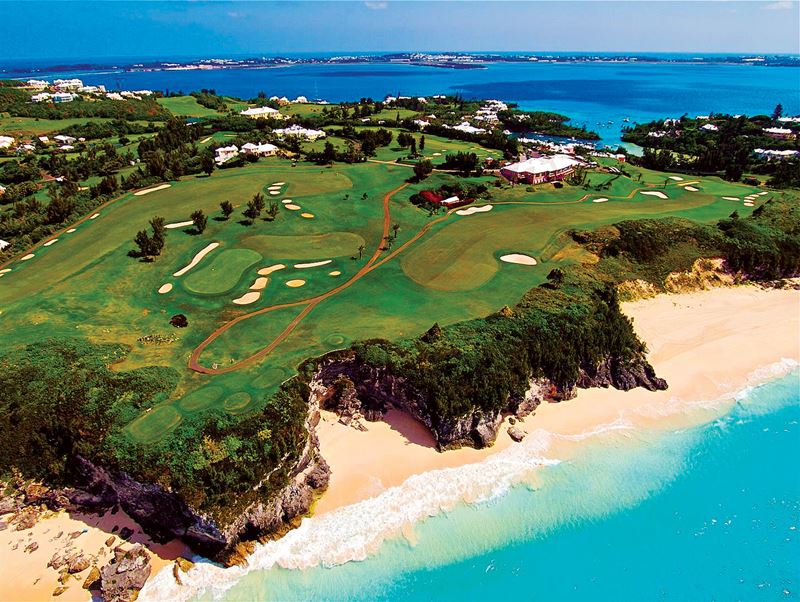 Bermuda will soon play host to yet another golfing event, as the inaugural Nike Golf PGA Team Championship of Canada heads to the island’s Mid Ocean Club for a unique tournament in late October.

This newly created championship event will see two PGA of Canada professionals pair up with the partner of their choice from October 26 through 29, with all of the action taking place on the world-renowned courses at the Mid Ocean Club, which hosted the PGA Grand Slam of Golf in 2007 and 2008

“We couldn’t be more pleased to be heading to the beautiful island of Bermuda and the iconic Mid Ocean Club.”

“The Bermuda Tourism Authority and the Fairmont Southampton will partner in the inaugural championship,” the PGA said.

“Ranked the 47th best golf course outside of the United States by Golf Digest, The Mid Ocean Club was designed by world-renowned architect Charles Blair Macdonald and first opened for play in 1921.

“The club has played host to the PGA Grand Slam of Golf in 2007 and 2008, and has hosted such heads of state as Presidents George H.W. Bush and Dwight Eisenhower; Winston Churchill, The Duke of Windsor; former Canadian Prime Minister Brian Mulroney; as well as baseball icon Babe Ruth.”

“Our vision for this event from its inception was to create the most memorable and unique experience on the PGA of Canada schedule,” said Nike Golf Canada’s director of marketing Tyler Keenan.

“We are confident our plans for Nike Golf PGA Team Championship of Canada will deliver just that.”

“With a different team format each day—fourball, scramble and foursomes—this 54-hole national championship sees teams from across the country compete for the championship title and a share of the $90,000 purse.

“A Nike Golf PGA Team Championship of Canada qualifier was held [or will be held] in each PGA of Canada Zone this summer with the top teams booking their ticket to Bermuda and The Mid Ocean Club.

Planning to visit the island for the event? Click here to learn about Bermuda’s many beautiful hotels and other accomodations, and click here for a full look at the many different dining opportunities to take advantage of. For more information about the Mid Ocean Club and golfing in Bermuda, click here.

Black Golfers Week To Be Held In November