One of Bermuda’s most historic houses is undergoing renovations, with the Verdmont property in Smith’s Parish — which is more than 300 years old — to remain closed to the public until the work is completed this spring.

A Bermuda National Trust spokesperson said, “One of Bermuda’s most important historic houses is undergoing renovations to make it safer and more welcoming. Verdmont in Smith’s Parish is more than 300 years old, and is internationally hailed as one of the earliest, unchanged houses in the British American world.

“This major capital improvement is being undertaken by the Bermuda National Trust which owns and operates the house as a museum. 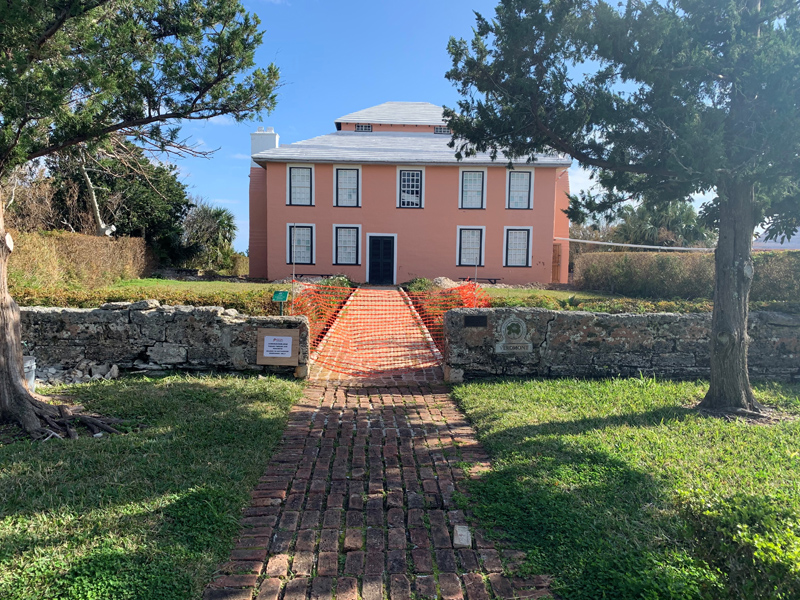 “Last week, work commenced in the Verdmont gardens in preparation for underground electrics and lighting. The house and its historic contents have been carefully packed away and prepared for interior improvements that include a security and fire system, fibrewire data and electrical outlets. Exterior lighting will add increased safety to Verdmont’s parking lot and throughout the garden, illuminating the house as never before.

“The 2.23-acre property is considered an active construction site and will remain closed to the public until completion this spring. These improvements will make the property more accessible to the public for future educational experiences, venue hire, and opportunities for greater historical interpretation in understanding the house and its surrounding gardens. 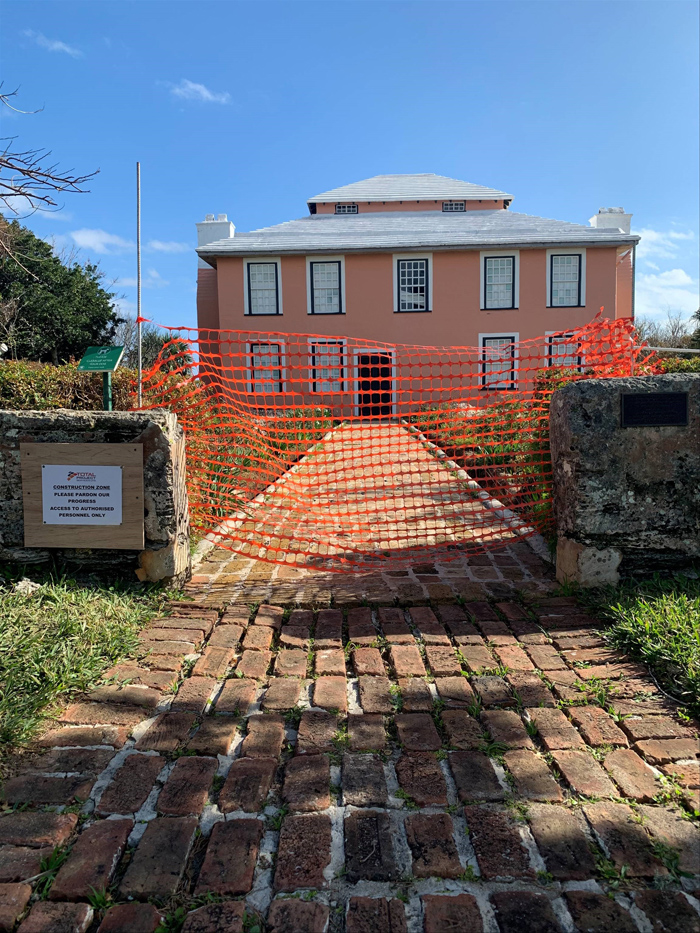 “The $126,000 project is being funded by donations from neighbours and supporters, including the Garden Club of Bermuda with a generous donation of $15,000. Architects are Cooper Gardner with work being carried out by contractors Total Project Services Ltd.

“The Georgian style house was built for John and Elizabeth Dickinson, financed by the proceeds of a lucrative pirate raid in the Indian Ocean. There have never been any bathroom or kitchen additions. The property includes what was originally a detached kitchen building and a three-seater privy in the garden.” 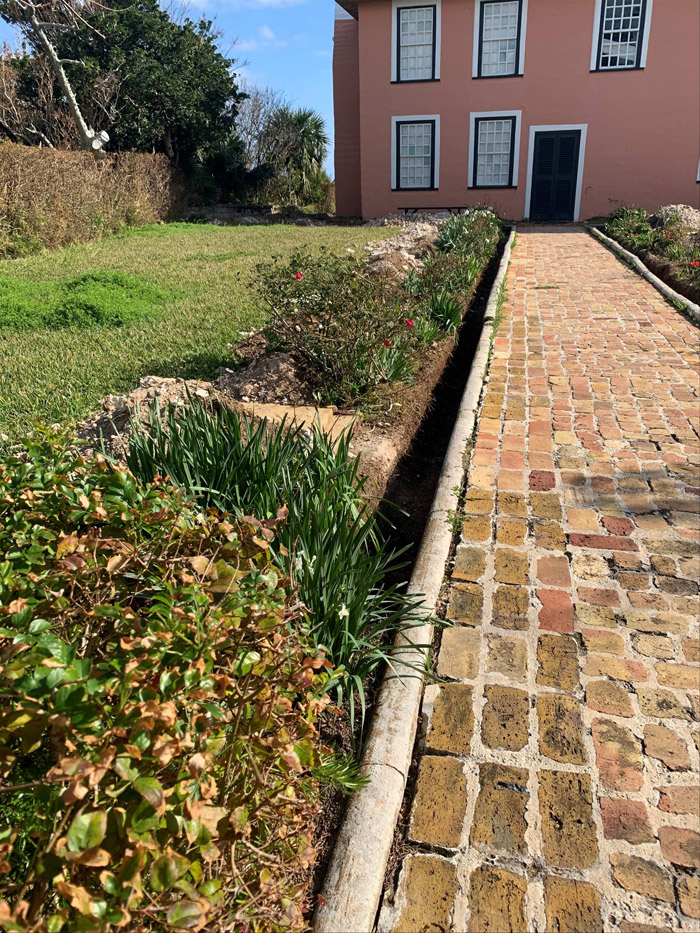 “What is remarkable about Verdmont is its ability to appear timeless despite substantial changes made in the late 18th-century by artist John Green,” says Diana Chudleigh, historian and author, who has intensively researched the property and wrote the book Verdmont: The story of a house, its people and its contents.

“The most recent occupants, sisters Lillian and Irene Joell, lived there with no electricity or plumbing in the early 20th century. The house was sold in 1951 to the Bermuda Historical Monuments Trust, forerunner of the Bermuda National Trust. Over the years, substantial repairs were made, and electrical outlets were discretely installed. Ever since, it has been a house museum, as witness to centuries of life in early Bermuda.” 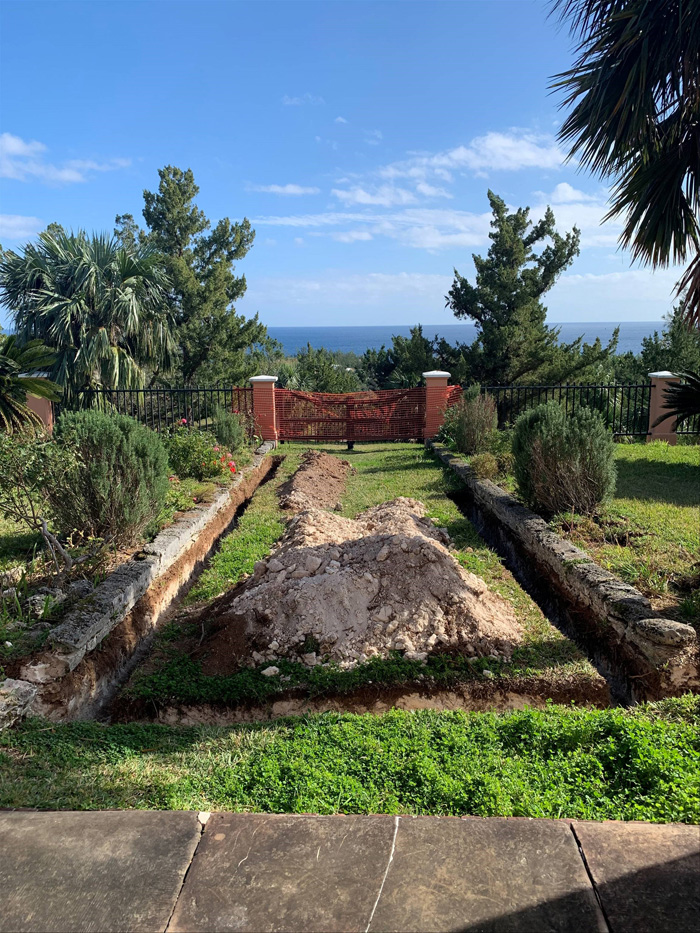 Museums Manager Anna Ridgeway notes: “The house has an obvious and a hidden history — from the wealthy owners to the enslaved people who lived and worked there. Some of Verdmont’s former occupants can be seen today in portraits hung about the house, painted by the artist John Green.

“The work of talented craftsmen and artisans is evident in the extensive collection of furniture and artefacts made or owned by Bermudians, that has been carefully packed in preparation for the duration of this major project.”

“The collections have been safely stored away while work is undertaken, and the Bermuda National Trust looks forward to expanding its museum experience when Verdmont reopens.

“With the introduction of technology, we are reinvigorating a traditional museum space. We are excited about being able to broaden our museum experience to visitors by further developing the stories of all those who lived at Verdmont and contributed to its care over the centuries.”

The Verdmont property sits high on its hill in Smith’s Parish, overlooking the South Shore. The house, gardens, and artefacts have been in the stewardship of Bermuda National Trust since 1970.