Hamilton Princess & Beach Club is celebrating its community engagements in 2019 as it prepares to roll out its 2020 community programme, with their upcoming initiatives including a fundraising event to support the Australian bush fire relief efforts and a new donation scheme for local recycling and donation charities.

A spokesperson said, “2019 saw the hotel introduce a new Black History Month programme into its event calendar. The inaugural events saw local political legends, Dame Jennifer Smith and Sir John Swan honoured for their achievements and share their stories with members of the public in a dinner series – with a portion of the proceeds donated to the Salvation Army and the Bermuda Heritage Museum.

“Another new series of events, known as Business Breakfasts, was created to create a space for local business people to share ideas and to network.”

“Hamilton Princess continued its school partnership programme with a sponsorship of Dellwood Middle School. This programme allows the hotel to share experiences with a local school that might otherwise not be available to them. Events included visits from celebrity chef, Marcus Samuelsson and local sports star, Flora Duffy, who shared their journeys and experiences with students, as well as a celebration event for the graduating class. 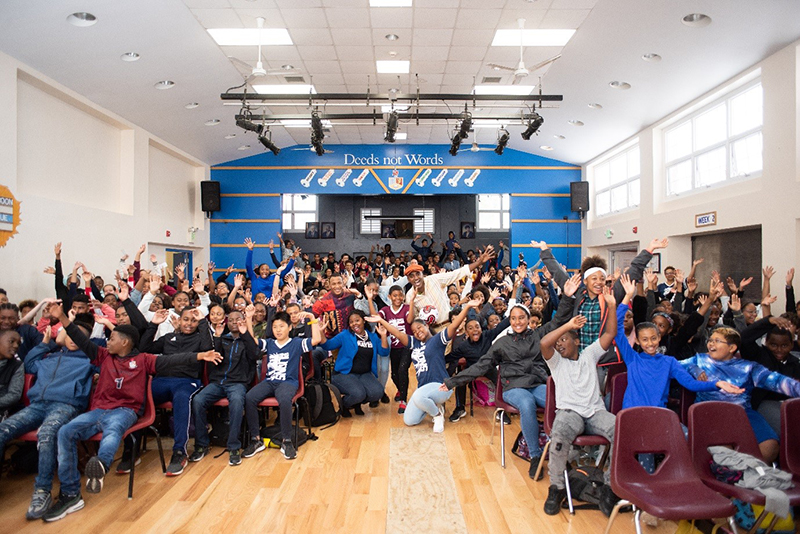 “The hotel’s engineering department worked with the school to install new flooring in some of its classrooms. Students across the island were engaged in the hotel’s mission to encourage young Bermudians to consider a career in hospitality, with representatives from Hamilton Princess attending career fairs and hosting tours.

“Chefs at the hotel’s restaurants worked with local charity Meals on Wheels to share recipes, teach classes and help prepare food for those in need. They also made time to hold an exciting chefs’ competition at Bermuda College, to demonstrate the pressures of cooking in a restaurant kitchen and to offer the winner a place in the kitchens of Marcus’.”

“Hamilton Princess continued its tradition of delivering a holiday meal at The Salvation Army for Thanksgiving and to the Bermuda Police Service and Bermuda Fire and Rescue Service on Christmas Day for on-duty officers to show its appreciation for all their hard work.

“Combining employee wellness with community commitment, the hotel entered teams into many of the island’s biggest events, including the Breast Cancer Awareness Walk, End to End, You Go Girl, Relay for Life and the Triple Challenge – where the hotel’s HP Royals won first place in the Corporate Division. 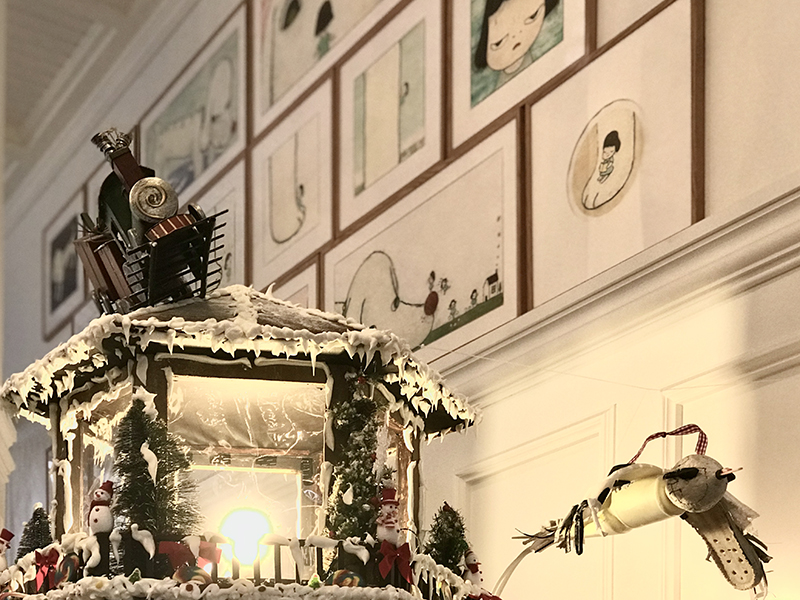 “Funds raised during each event were matched by the hotel’s ownership. Hotel employees were also encourage to give in other ways, such as by donating blood at King Edward VII Memorial Hospital, as part of their corporate blood drive.”

“In addition to the community, the hotel made strides in its efforts to support a more sustainable presence on the island, introducing hay straws and cutting down on its use of single use plastics. The resort’s restaurants remain committed to sourcing a large part of their produce and fish from local providers including almost 9,000 pounds of locally roasted coffee from Devil’s Isle, in addition to other locally made foods, including Alex + Pete’s ice cream, On De Rock Brewery beers and Passion Fields honey.

“Materials no longer in use, such as sheets and towels, were recycled by being donated to The Salvation Army, the Hurricane Humberto emergency shelter at CedarBridge Academy and to the Bahamas Hurricane Dorian relief.

“Local environmental charity Keep Bermuda Beautiful was involved in the creation of the hotel’s traditional gingerbread structure and helped to create its ocean conservation theme. A team from the hotel also helped the charity by volunteering at the clean-up of Coney Island on World Ocean Day.”

General Manager Tim Morrison said, “We are delighted that we have been able to support the community of which we are so proud to be a part of. We look forward to continuing to work with local charities and organisations in 2020.”