In the spirit of Black History Month, the City of Hamilton unveiled a bronze plaque to honour the contribution to the construction of City Hall by master carver George Trott.

“The impressive chandeliers that command the City Hall foyer were designed by Mr. William Harrington but it was Mr. Trott who put his expertise to the ultimate test when his bid of £690 was accepted in 1959 to craft the pair of pine titans,” the City explained.

Mayor Charles Gosling said, “The one thing that always takes your breath away, and I remember this as a kid, is these two chandeliers. Everyone asks about them, everyone is interested in them.

“I could have sworn over the years they were made out of marble or stone but they are actually carved wood and it is Mr. Trott, the wonderful craftsman, that actually built these.” 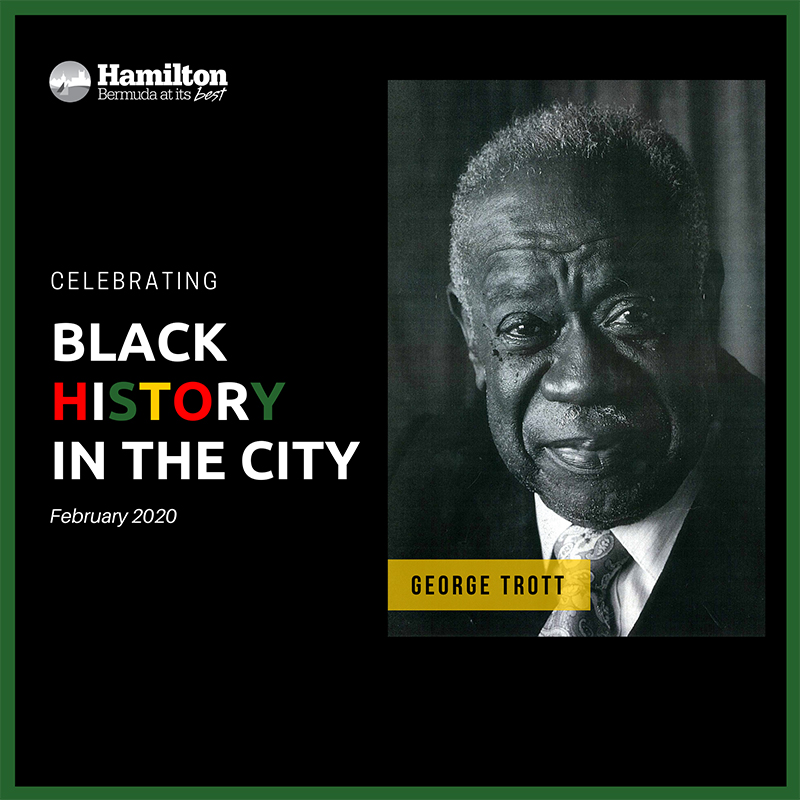 Philip Trott, grandson of George Trott, expressed how proud he was to be there to honour his grandfather, saying: “It’s hard to explain how proud I am of my grandfather and his work. Every time we came in here, my family made sure that I knew who made the chandeliers and I think it’s great to let the rest of Bermuda know.

“It’s especially meaningful as I’m going to be a father in two months and the best part of this for me is that I can bring my son here to see what his great-grandfather has done. Thank you to the Corporation and the committee for honouring my grandfather like this, it means a lot to my family.”

The City said, “George Trott started work at his Village Craft Shop on North Shore in 1935. He crafted numerous pieces of furniture, including a pair of Chippendale chairs, commissioned by Government House, given to Prince Charles and Lady Diana to celebrate their nuptials.

“He also carved the impressive dining table and additional cedar work throughout Camden in the Botanical Gardens. Mr. Trott was a mentor to Jeremy Johnson who took over the Village Shop in 1980 and Clarence Benjamin Lee who has worked at the Shop since he was 15 years old.

“George Trott passed away in 1988 but he will be forever recognized for his contribution to City Hall.” 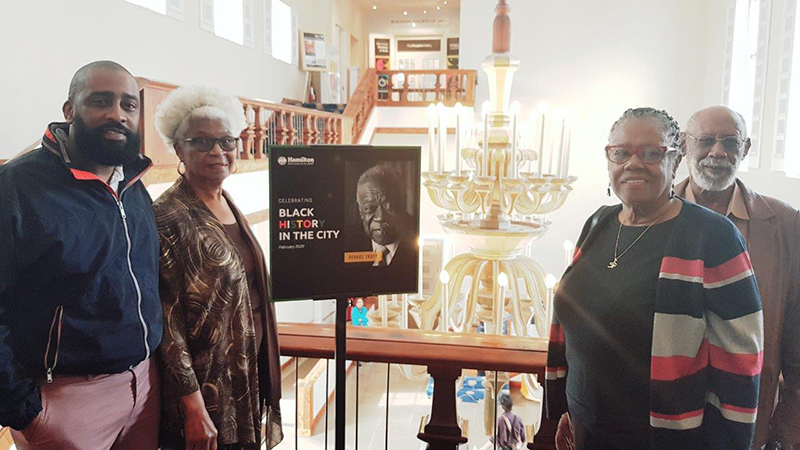 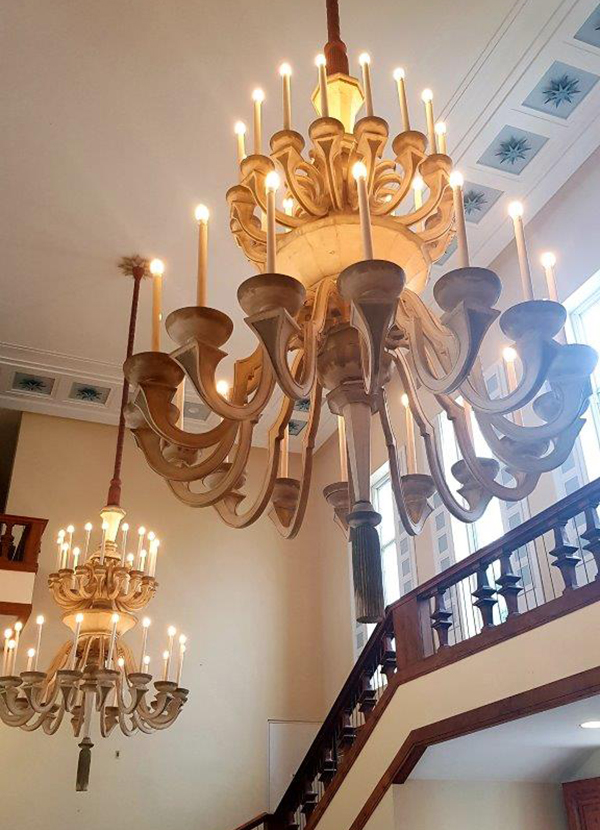 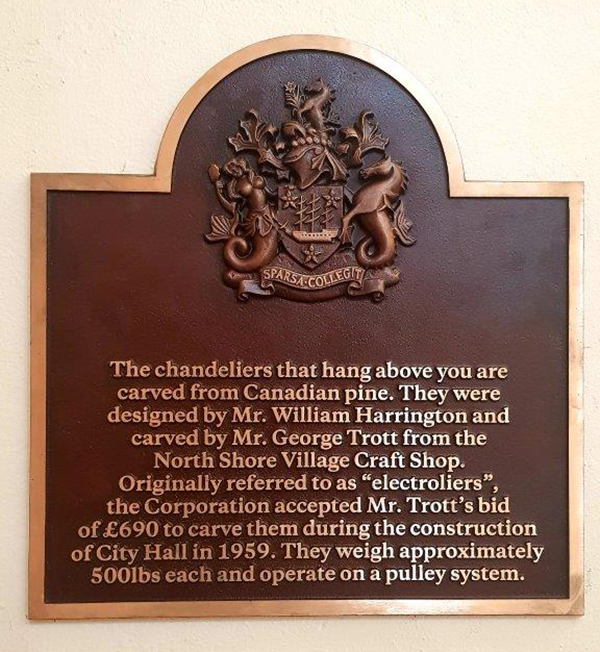 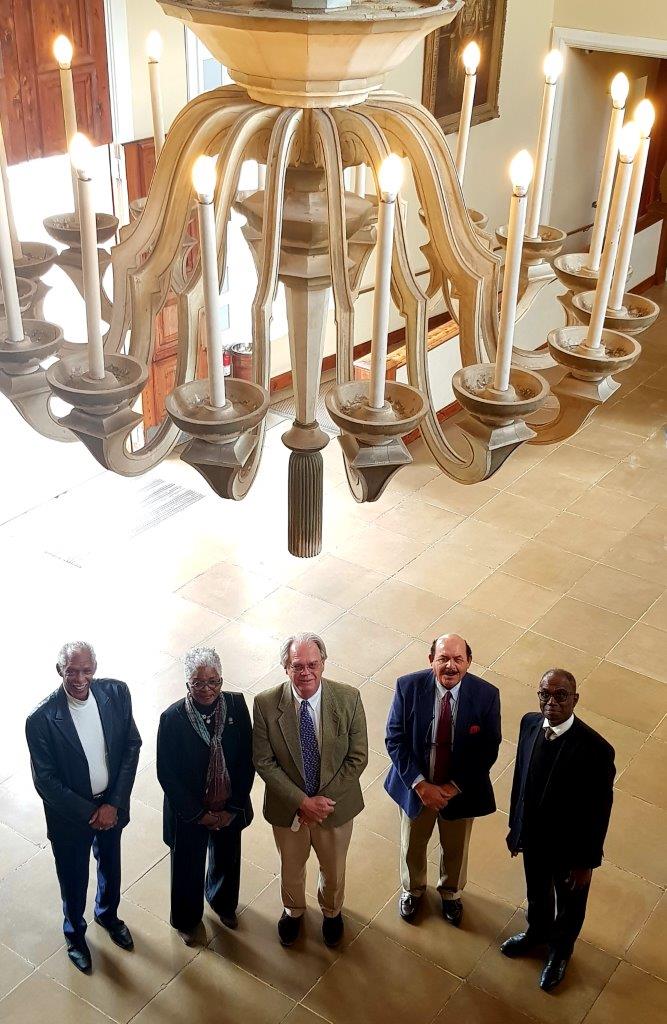