Bermuda’s own marine experts, in conjunction with visiting scientists, appeared in a five minute segment that also reveals plans for a prototype lionfish-culling undersea robot.

Bermuda’s lionfish experts included in the PBS program were Dr. Gretchen Goodbody-Gringley of BIOS, Chris Flook of the Department of Environment and Natural Resources [BAMZ], and Geoffrey Gardner of RISE.

Bermuda’s Minister of the Environment Cole Simons, said, “The spirit of collaboration in tackling the lionfish problem is very heartening. Top-tier marine research is happening just off our shores. This continues Bermuda’s long history of marine study and conservation, and PBS will bring Bermuda and its ocean studies to a broad audience. I encourage everyone in Bermuda to view this video.” 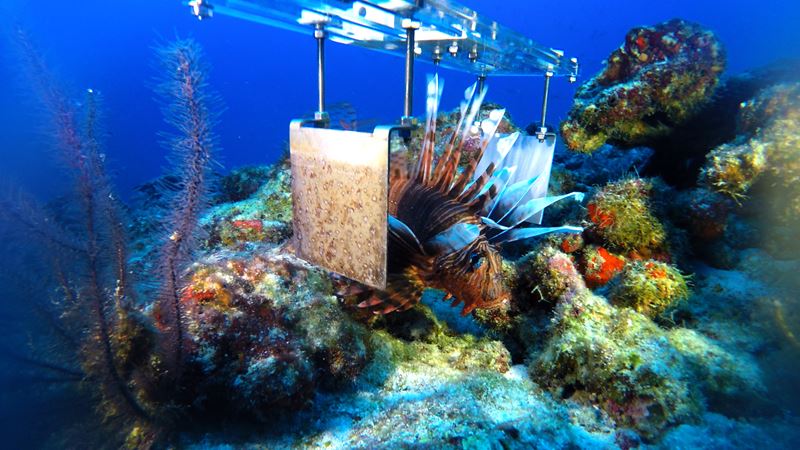 The lionfish [Latin name Pterois] is native to the Indo-Pacific. Artificially introduced to the Atlantic by humans, it is estimated that there are more than one million off the coasts of Florida, Bermuda and throughout the Caribbean. They face no natural predators.

They easily prey on local fish populations in non-native waters because lionfish are not recognised as a threat by native juvenile fish and crustaceans. This makes it possible for the invasives to eat as much as half their body weight per day. Sexually mature at just 12 months, females spawn approximately 30,000 eggs every four to five days.

Bermuda is a leader in lionfish culling. Chris Flook, Department of Environment and Natural Resources, the Government of Bermuda, said: “Currently there isn’t an effective way to conduct mass culling. We have spear fishers with special permits that catch lionfish on shallow reefs but lionfish survive at depths beyond the reach of recreational divers. ” 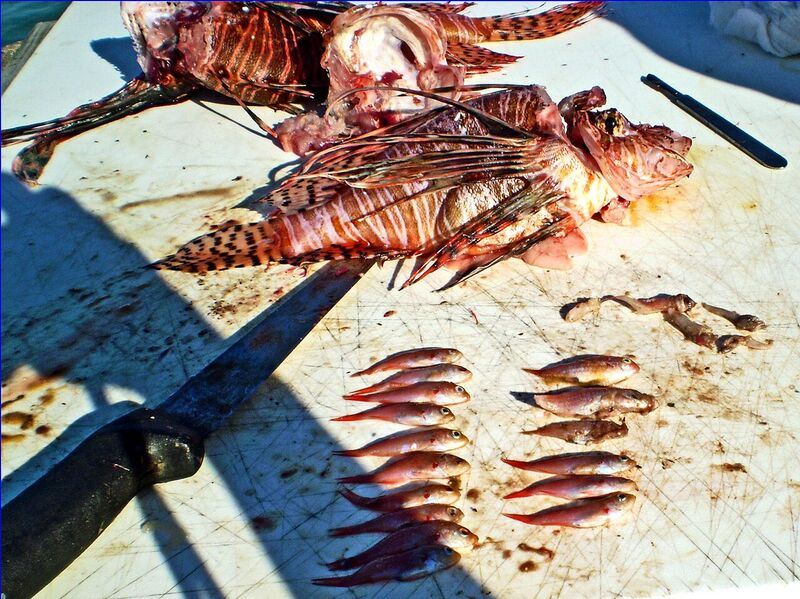 Since many lionfish live beyond the reach of even technical rebreather divers, RISE is designing a lionfish-culling robot that can go well beyond the limits of a human diver.

“The frontrunner is a robot which uses an electro-fishing technique,” said Geoffrey Gardner of Robots In Service of the Environment [RISE]. The robotics team joined Nekton on its maiden scientific voyage off Bermuda to test a prototype that will operate remotely in deep water to hunt, kill and capture the invasive species.

RISE, a start-up born in the robotics industry, wanted to observe how the lionfish reacted to prototype electrical paddles that can deliver the fatal charge. Once the fish’s behaviour is understood the paddles will be connected to an underwater robot operated via video link. The fish carcasses will be collected so they can be brought to market.