Ms Moats [1908–1989] was an American journalist and author who was born in Mexico to wealthy and socially prominent American parents.

She was best known for No Nice Girl Swears, a tongue-in-cheek book of etiquette which was a runaway bestseller when it was published in 1933. 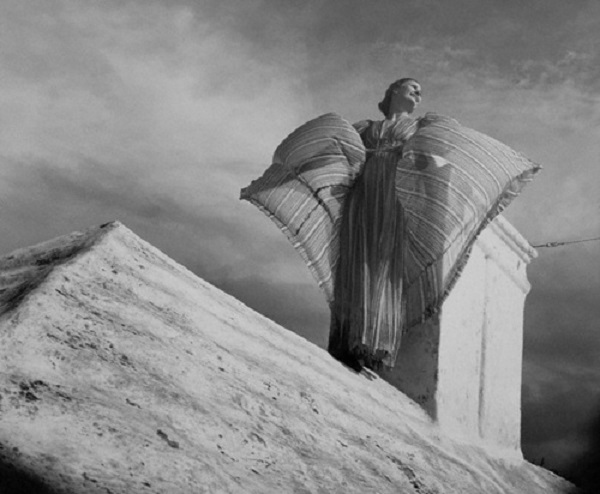 Beginning in the early 1930s, Mr. Horst [1906-1999] — “photography’s alchemist” as Vogue called him — both captured and helped to define the glamour of the pre- and post-World War Two period with his dramatic portraits of the the literati, the glitterati and the wealthy.

German-born Mr. Horst’s aesthetic range throughout the 1930s and 1940s was vast, encompassing elements of Greek classicism, Baroque romanticism, Hollywood studio photography, trompe l’oeil, and film noir; he also ventured into the avant-garde, revealing such influences as the Bauhaus and Surrealism.

As The New York Times observed, “Horst tamed the avant-garde to serve fashion.”

In 1990 Madonna paid a fitting postmodern tribute to the photographer when she re-created many of his most enduring images in her music video “Vogue.”