Alvin — a human-occupied vehicle [HOV] deep diving submersible — was launched at Penno’s Wharf in St George’s, Bermuda as part of its sea trials.

A  U.S. Consulate spokesperson said, “Alvin is owned by the U.S. Navy and operated by the Woods Hole Oceanographic Institution [WHOI] on behalf of the oceanographic research community.

“These dives are part of Alvin’s sea trials, which are taking place over the course of several weeks and will culminate with a certification dive to its new maximum depth 6500 meters [4 miles], 2000 meters deeper than its previous dive limit.

“These dives are part of Alvin’s sea trials, which are taking place over the course of several weeks and will culminate with a certification dive to its new maximum depth 6500 meters [4 miles], 2000 meters deeper than its previous dive limit.

“On average, it will conduct about 100 dives per year and has transported more than 3,000 people on missions to study the forces that create and shape Earth’s crust, the chemical conditions that support life in extreme environments, and the vast diversity of life on the planet.

360 degree look inside Alvin, which can carry a pilot & two passengers

“In 1977, scientists diving in Alvin rewrote modern understanding of life on Earth when they discovered hot water flowing from the seafloor and lush communities of unknown organisms thriving where it was previously thought nothing could survive. In 1986, WHOI scientist Robert Ballard took Alvin to explore the wreck of HMS Titanic.

“Alvin is in Bermuda on board its support ship, the research vessel [R/V] Atlantis, which is also owned by the U.S. Navy and operated by WHOI as part of the U.S. academic fleet that includes the BIOS-operated R/V Atlantic Explorer.

“After completing tests of its mechanical and electrical systems, its stability underwater, and one or more harbor dives, Alvin will begin a series of open-ocean dives of increasing depth, culminating in a certification dive to 6500 meters.

“The mission will conclude in San Juan, Puerto Rico, in mid-November. There, a team of scientists will board the ship to test Alvin’s ability to support deep-sea research. Upon successful completion of that mission, Alvin will return to full service. For additional information click here.”

Photos of Alvin being launched today in St George’s 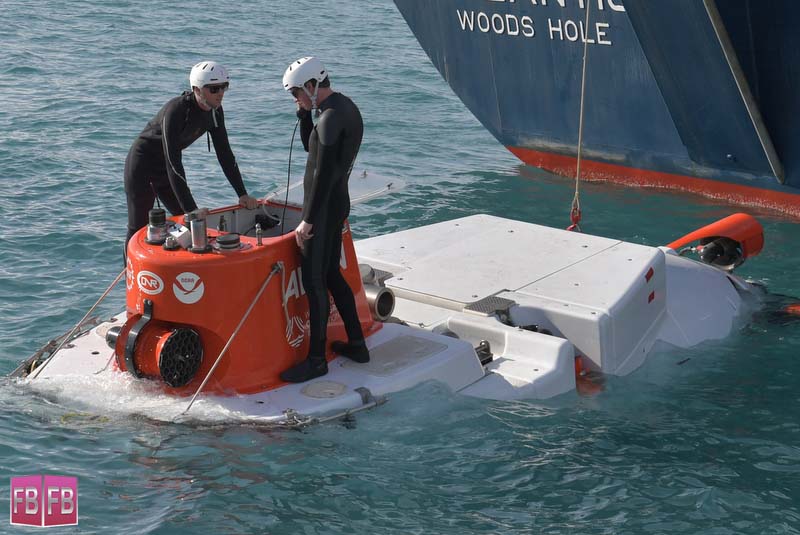 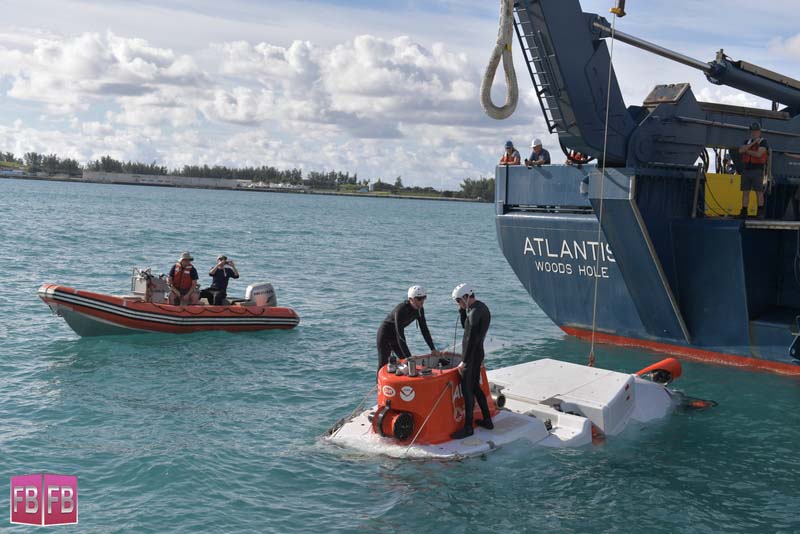 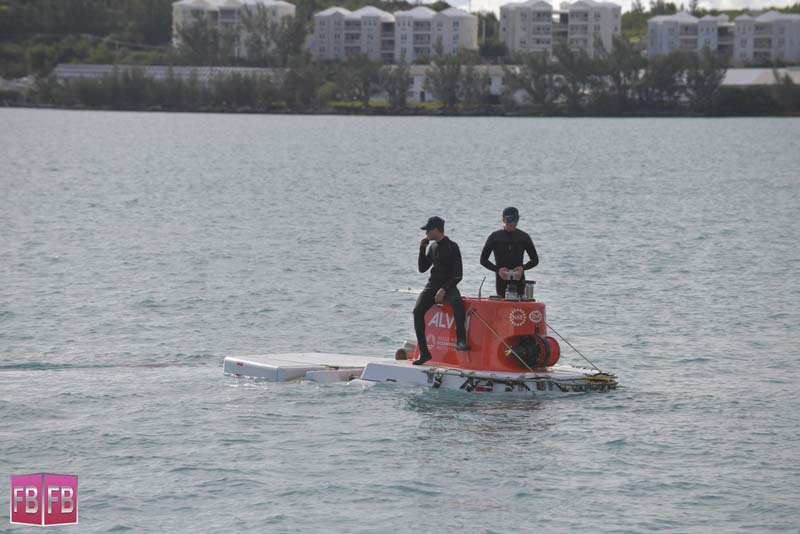 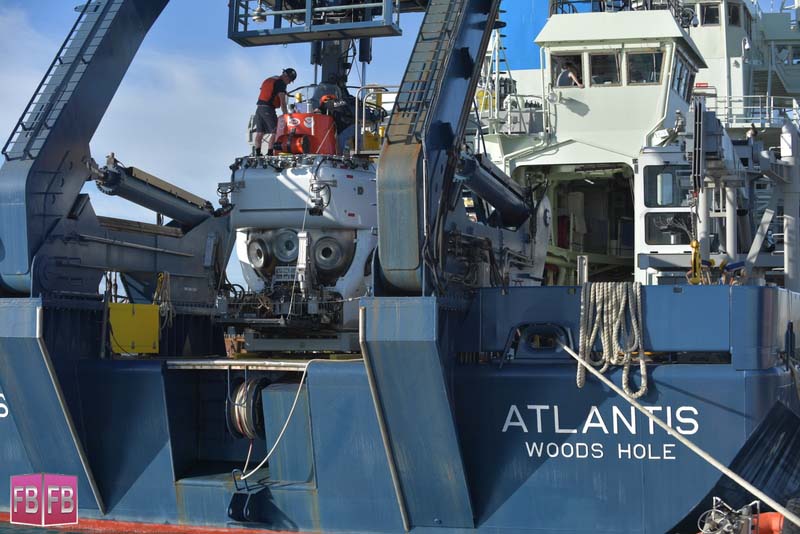 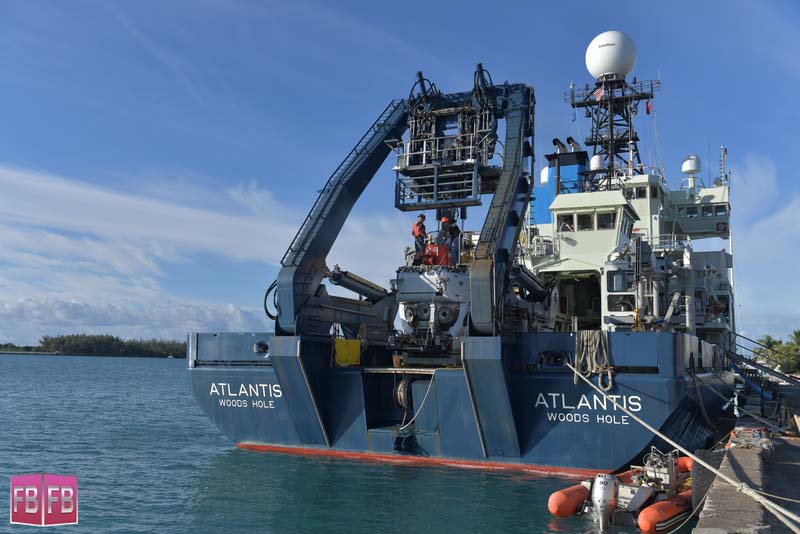 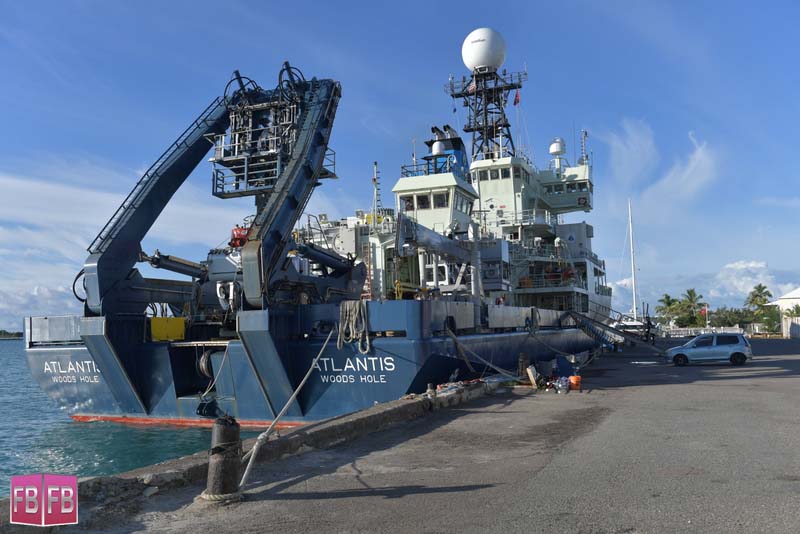 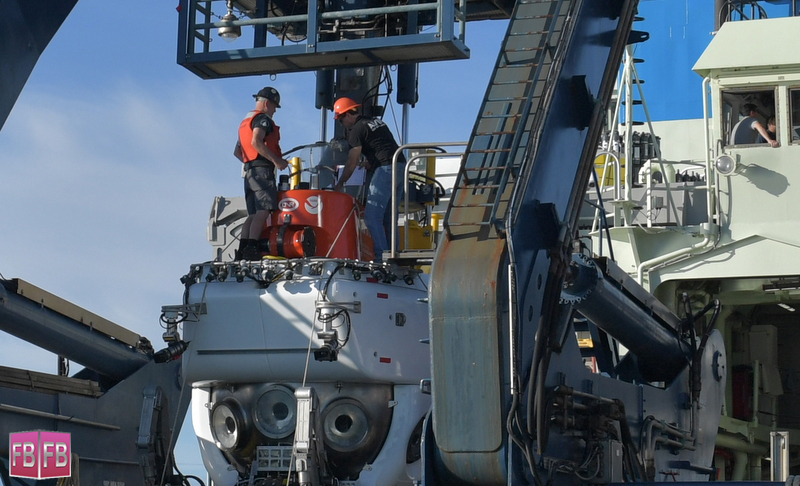 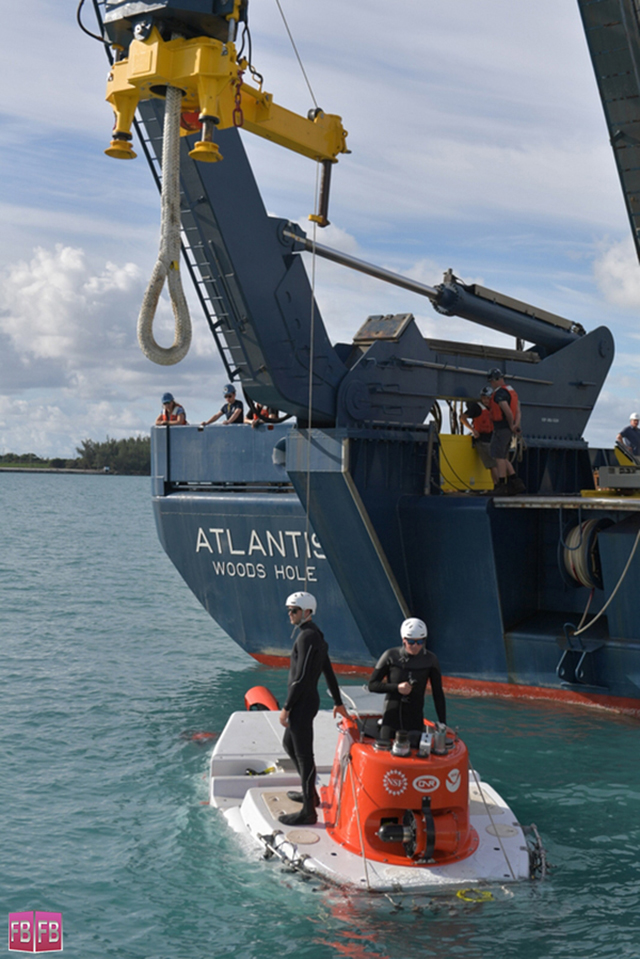