The flag at the U.S. Consulate in Bermuda is now at half staff as a mark of respect for the U.S. service members, Afghan citizens and other victims killed in the terrorist attack yesterday [Aug 26] in Kabul, Afghanistan.

A suicide bomber and gunmen attacked crowds of Afghans flocking to Kabul’s airport, the AP reported. The attacks killed at least 60 Afghans and 13 U.S. troops, Afghan and U.S. officials said. 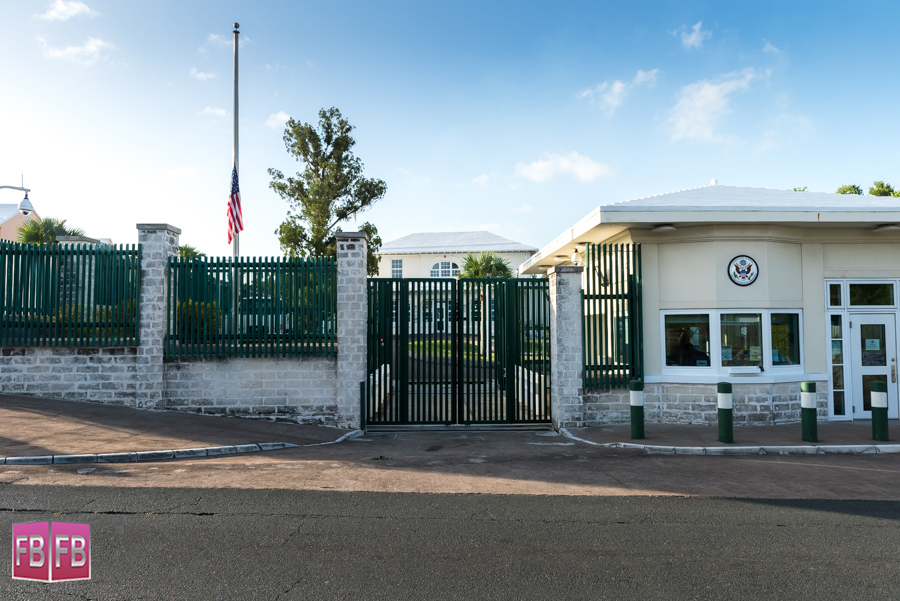 “The Hamid Karzai International Airport has been the epicenter of a massive evacuation operation in the days since the Taliban seized control of Afghanistan. Over the past two weeks, tens of thousands of people have been evacuated from the airport by the US military and NATO allies,” CNN report.

U.S. President Joe Biden issued a proclamation that said: “As a mark of respect for the U.S. service members and other victims killed in the terrorist attack on August 26, 2021, in Kabul, Afghanistan, by the authority vested in me as President of the United States by the Constitution and the laws of the United States of America, I hereby order that the flag of the United States shall be flown at half-staff at the White House and upon all public buildings and grounds, at all military posts and naval stations, and on all naval vessels of the Federal Government in the District of Columbia and throughout the United States and its Territories and possessions until sunset, August 30, 2021.

“I also direct that the flag shall be flown at half-staff for the same length of time at all United States embassies, legations, consular offices, and other facilities abroad, including all military facilities and naval vessels and stations.”