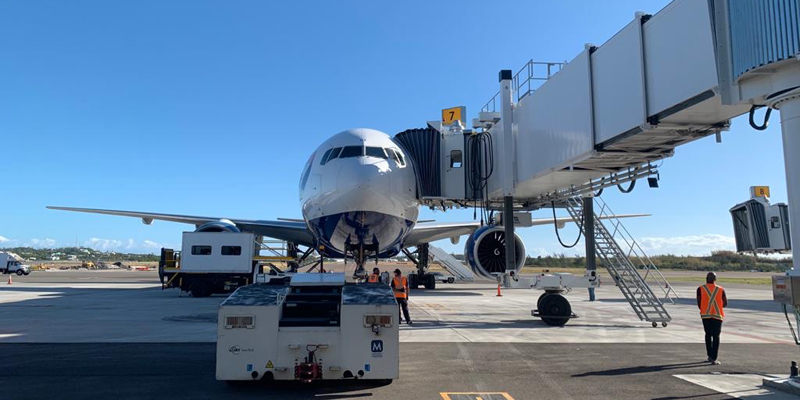 Officials executed a trial at the new Bermuda airport building — which is set to open on December 9th, 2020 — using a British Airways plane.

One major changes with the new building is that passengers will exit the plane via boarding bridges instead of walking down the steps and onto the tarmac, and the ‘test run’ held recently served to train airport staff on best protocols for docking the aircraft to the new passenger boarding bridges.

A Skyport spokesperson said, “Skyport, in collaboration with British Airways, and many other airport stakeholders successfully executed a trial at the new passenger terminal building using a Boeing 777, the largest commercial flight that currently flies to Bermuda.

“The purpose of the trial was to train airport staff on best protocols for docking the aircraft to the new passenger boarding bridges. It also included positioning of all ground service vehicles around the aircraft.

“The trial was successful and brings us one step closer to opening Bermuda’s new terminal building on December 9.” 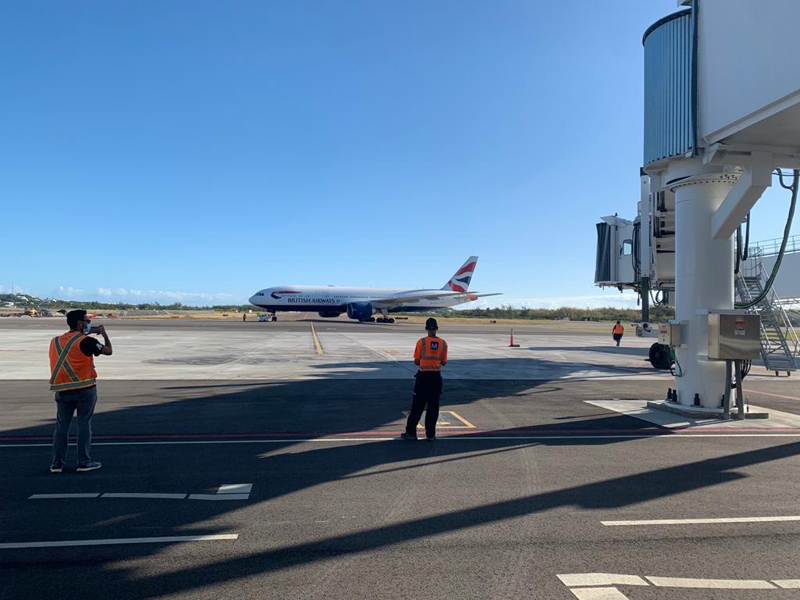 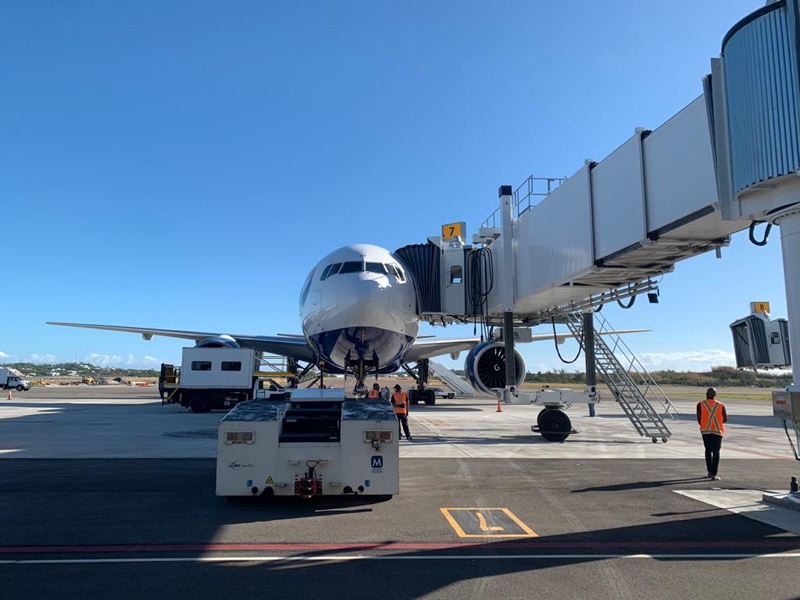 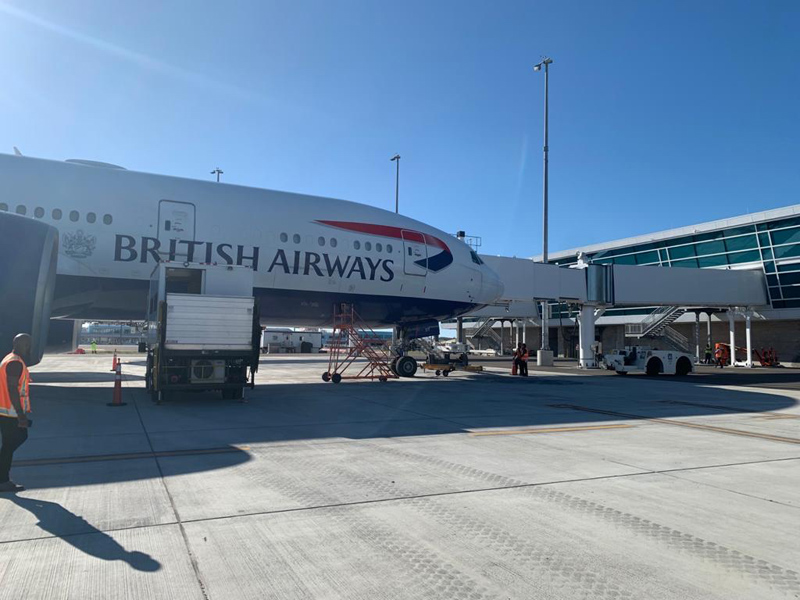 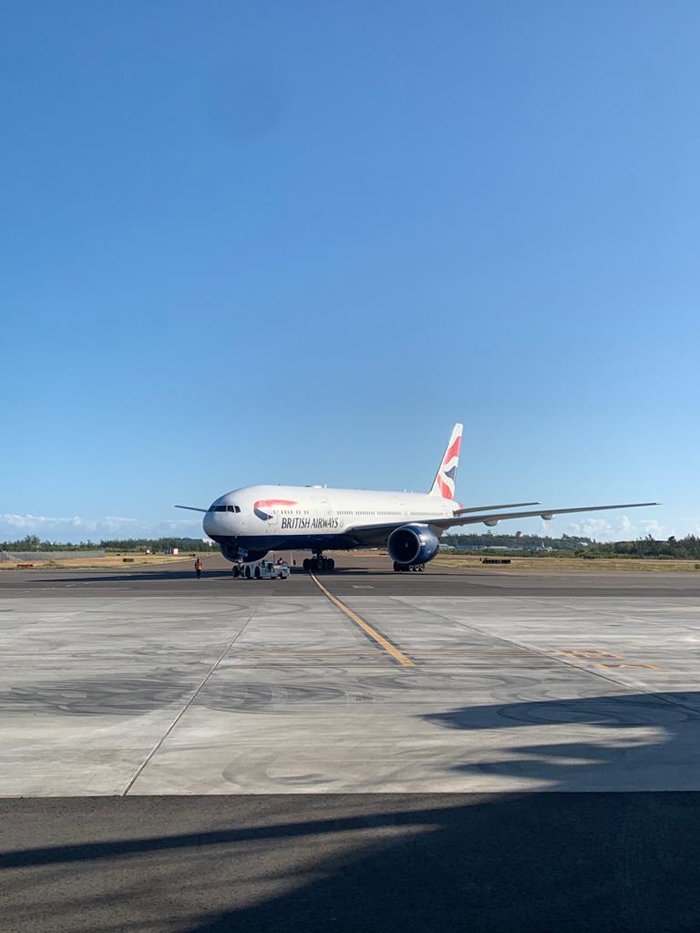 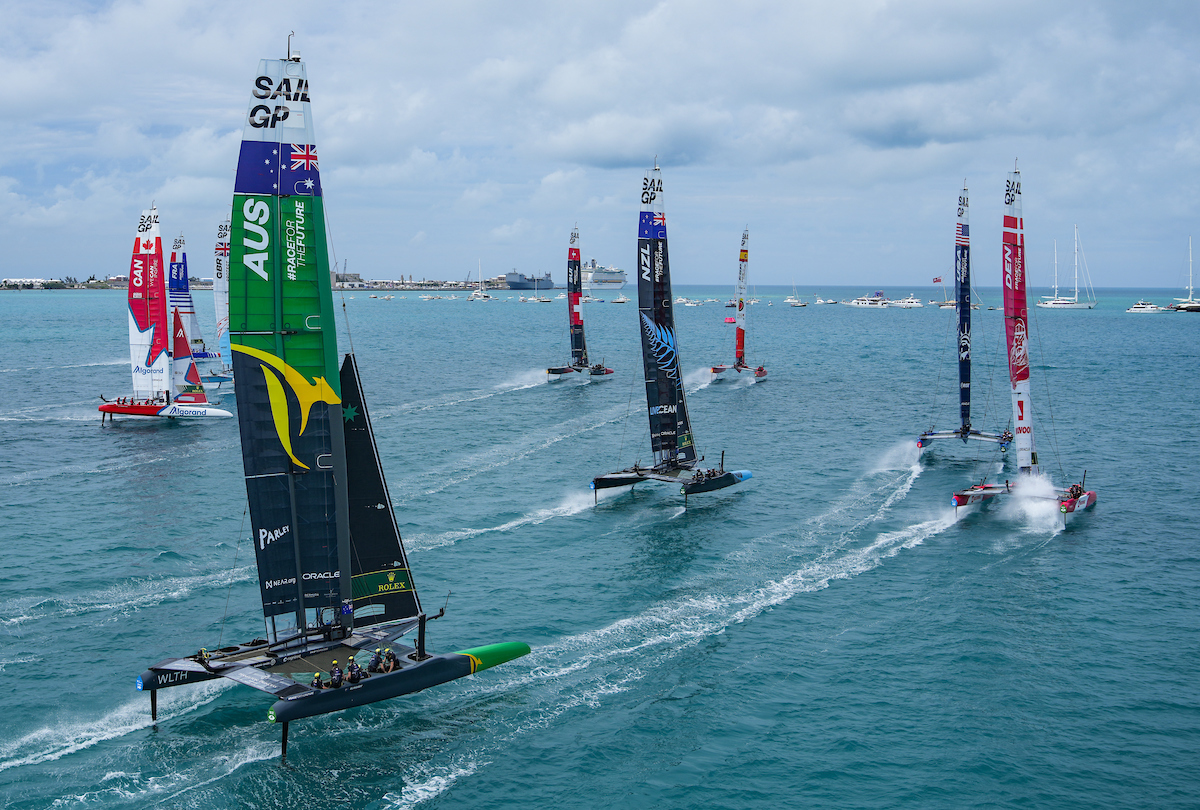 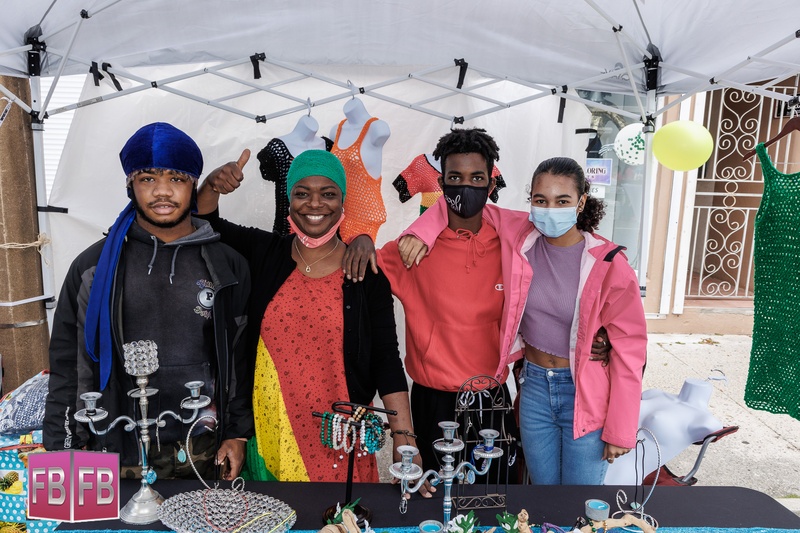