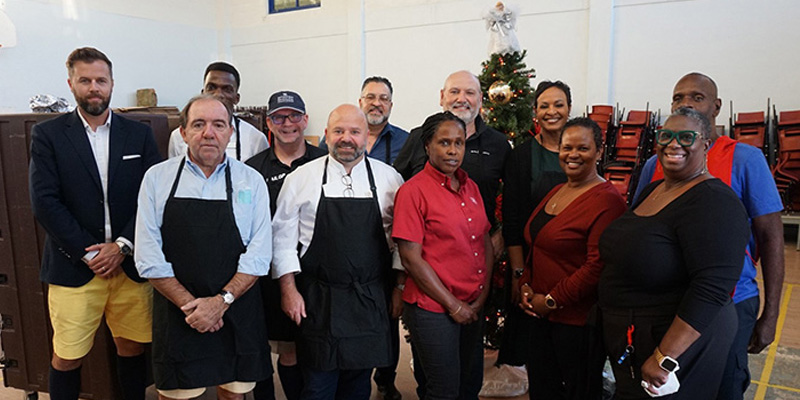 The Hamilton Princess & Beach Club kicked off the festive season by serving up its annual Thanksgiving dinner at The Salvation Army North Street Citadel in Hamilton. 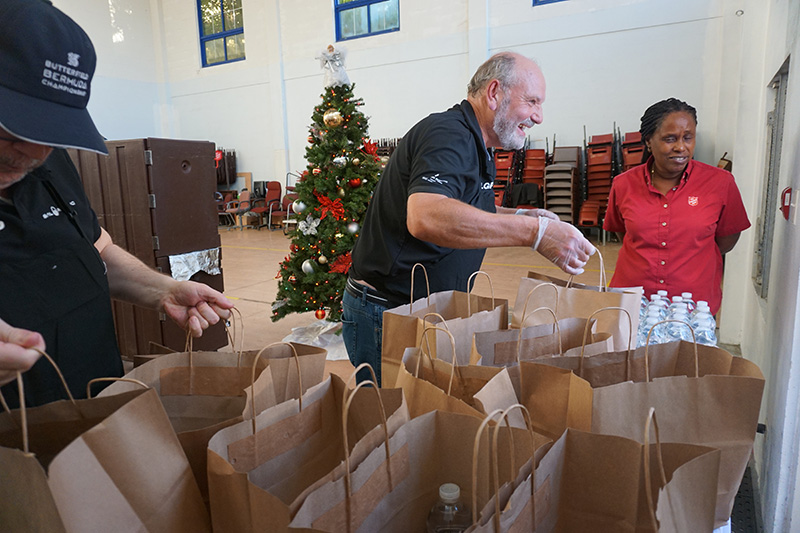 “More than 200 traditional Thanksgiving meals were packaged, and distributed by hotel members across departments from the front and back of house. The Hamilton Princess & Beach Club volunteers were led by General Manager, Tim Morrison,” a spokesperson said. 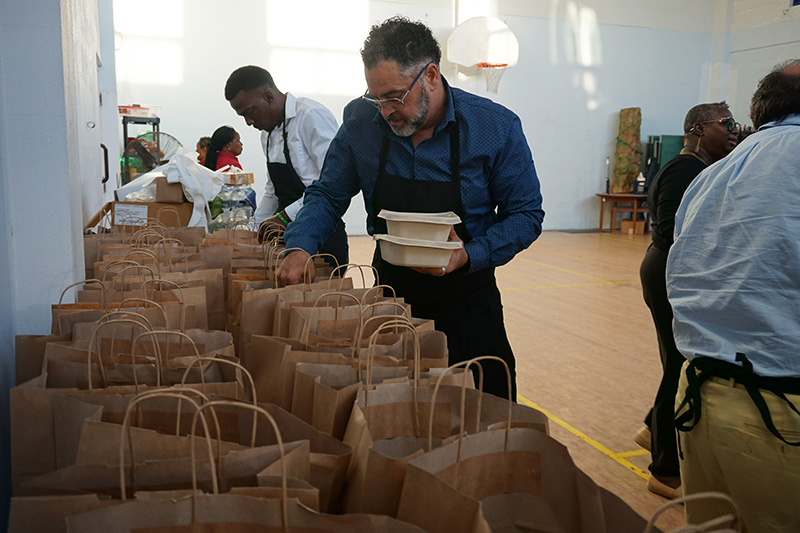 Tim Morrison, General Manager said: “Our team are delighted that we were able to serve a festive feast for the community and support The Salvation Army in its mission to share a good meal with those who need it.

“We are grateful and impressed by the hard work of the volunteers who help out in the community each and every day. We want to take this opportunity to encourage others to do the same throughout the holiday season: whether it’s donating much needed food or your time, every little helps.” 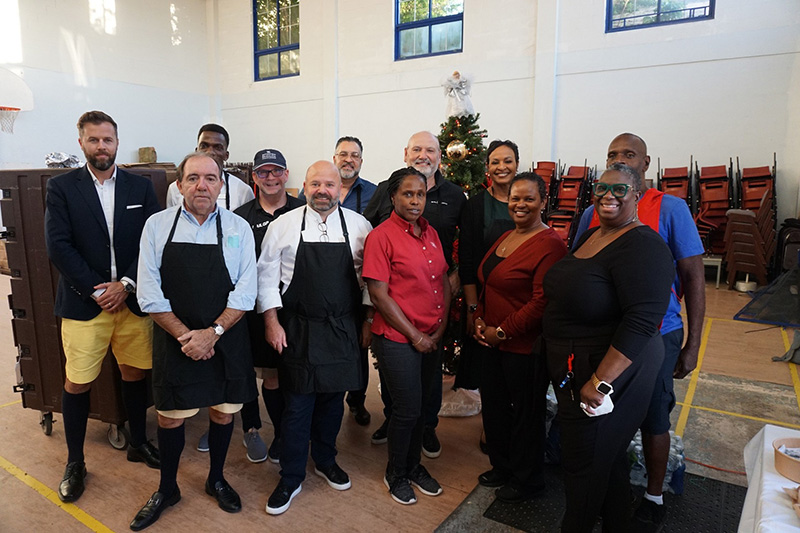 Corps Officers, Captains Dwayne and Kendacy Barnes, of The Salvation Army, said: “We were so glad that Hamilton Princess & Beach Club and the volunteer team chose Salvation Army, once again, as their community event to start the Christmas season, and with such a wonderful meal.” 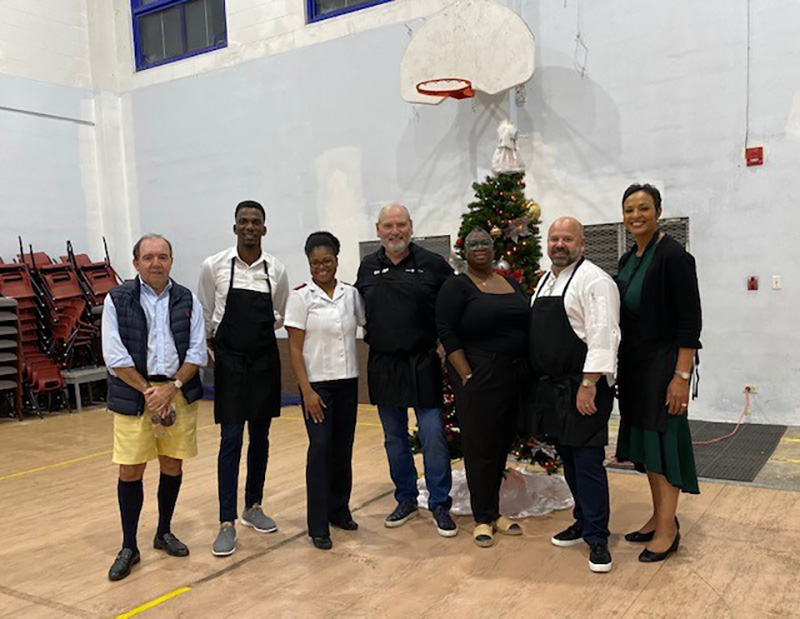