The largest gun used to defend Bermuda’s shores — which was originally installed in St. George’s in the late 19th century and required 12 men to load, aim and fire the weapon — has found a new home at the National Museum of Bermuda [NMB].

A spokesperson said, “The largest gun ever used to defend Bermuda’s shores has found a new home at the National Museum of Bermuda, overlooking the Western approach into Grassy Bay, Dockyard. The 9.2-inch Mk X breech-loading gun has been restored, repainted, and remounted at the Grundy Bastion [Bastion E] and has been aptly nicknamed by Museum staff as ‘The Big Gun’.

“Originally installed at Fort Victoria, St. George’s in the late 19th century to defend the East End, it could fire a 380 lb shell over 16 miles, and required some 12 men to load, aim and fire the weapon. The gun consists of a barrel, shield and platform with a combined weight of 100 tons.

“Manufactured by the well-known British Vickers Company, it was used in conjunction with its sister 9.2-inch Mk X guns at St. David’s Battery to defend St. George’s and the Narrows Channel. All three guns of this type were originally manned in part by British soldiers of the Royal Garrison Artillery.

“However, by the end of the First World War local soldiers from the Bermuda Militia Artillery took control of Bermuda’s channel defences, and made Fort Victoria their citadel and home barracks. The guns were decommissioned in the 1950s with the withdrawal of the permanent British Garrison on the Island, but they were deemed too heavy to remove and were left in situ.

“The gun represents the final era of upgrades the island would encounter as part of a sweeping refit to the British Empires coastal defenses worldwide and a rare example of defenses manned by an organised Bermudian force.

“As part of the redevelopment of the area in 1973 for tourism, Fort Victoria became part of the foundation of the pool for the then Holiday Inn [later renamed Club Med]. The gun was left untouched, remaining as a tourist attraction through to the early 2000s.

“After the hotel closed and eventually demolished, the gun was moved from Fort Victoria to the NMB’s large object storage and restoration facility in Dockyard in 2009 under the care of the Museum’s then Executive Director, Dr. Edward Harris.

“Since then, ‘The Big Gun’ has been meticulously taken apart, chipped of rust, sand blasted and cleaned, and corrosion inhibitors have been applied. Finally, a barrier layer, applied along with new coats of paint, will ensure the stability of the gun for future generations. To prepare for the install, the Bastion E gun emplacement concrete platform had to be reinforced to withstand the additional weight of the gun.”

Elena Strong, NMB Executive Director, said, “We are delighted to see this gun find her final resting place at NMB. This project was no easy feat, requiring the generous sponsorship of the Ernest E. Stempel Foundation and the expertise of the team at Crisson Construction. Thank you to all involved. I also encourage everyone to visit the Museum to see the impressive gun in person.” 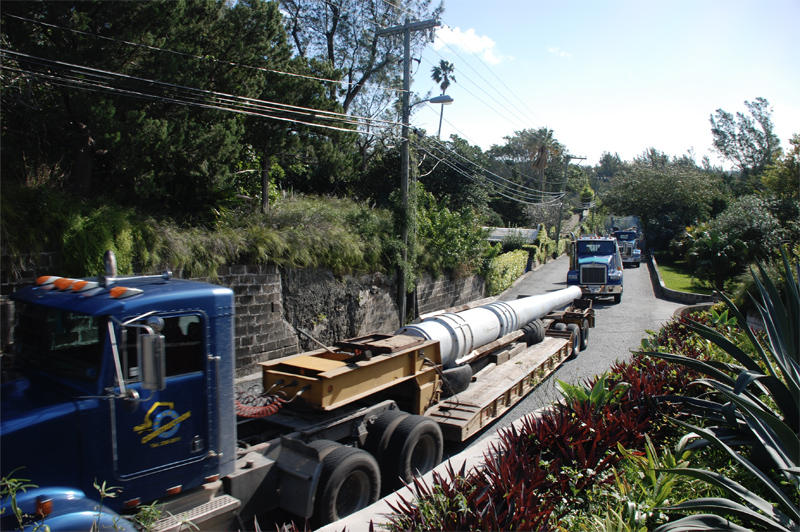 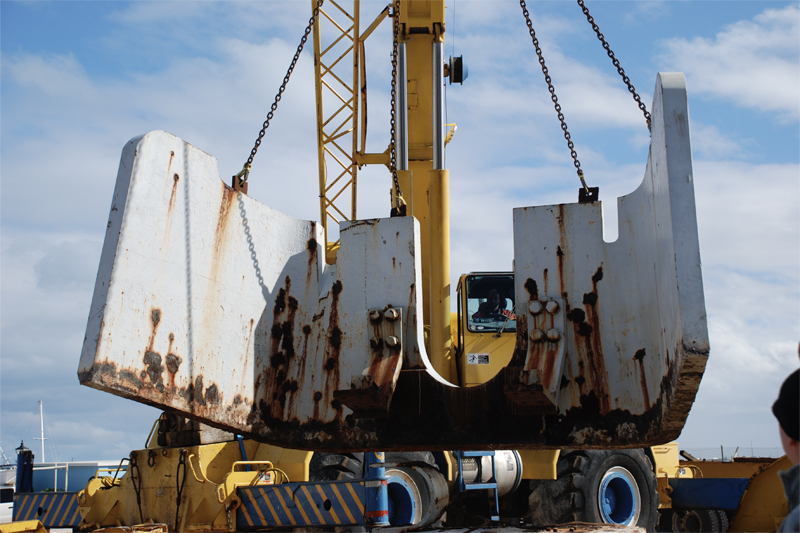 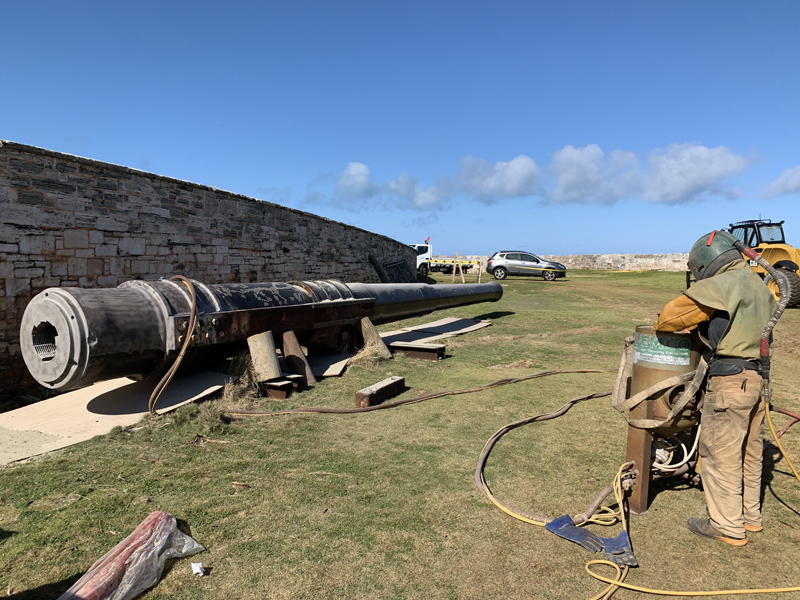 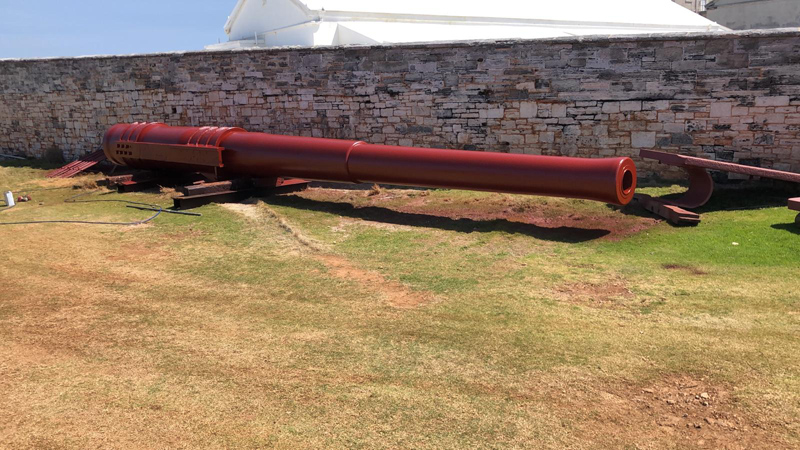 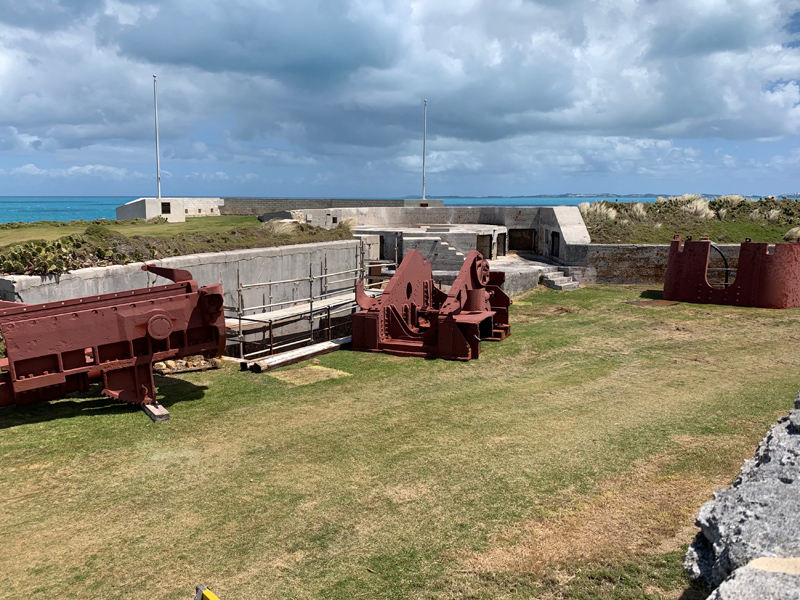 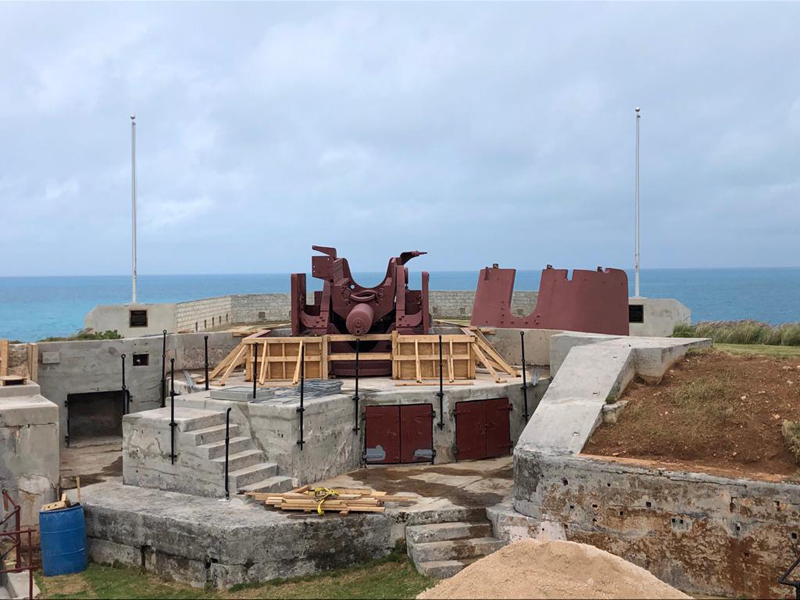 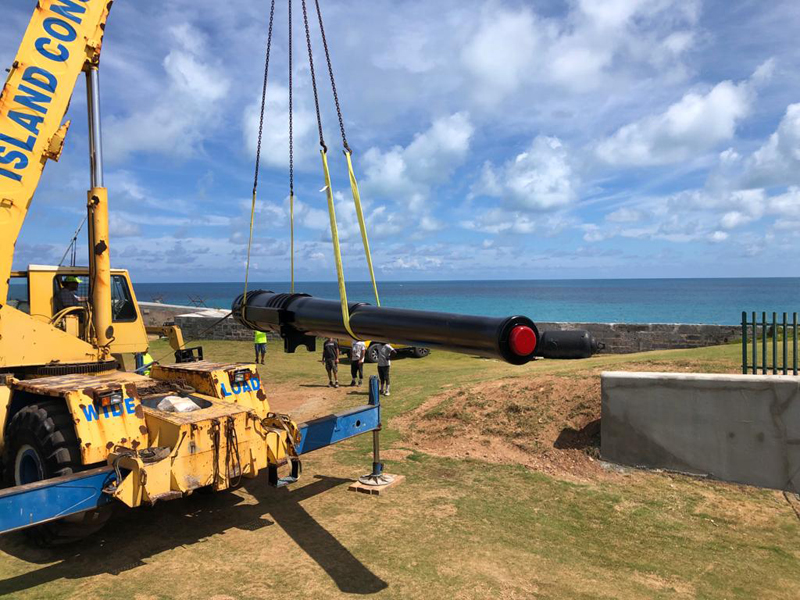 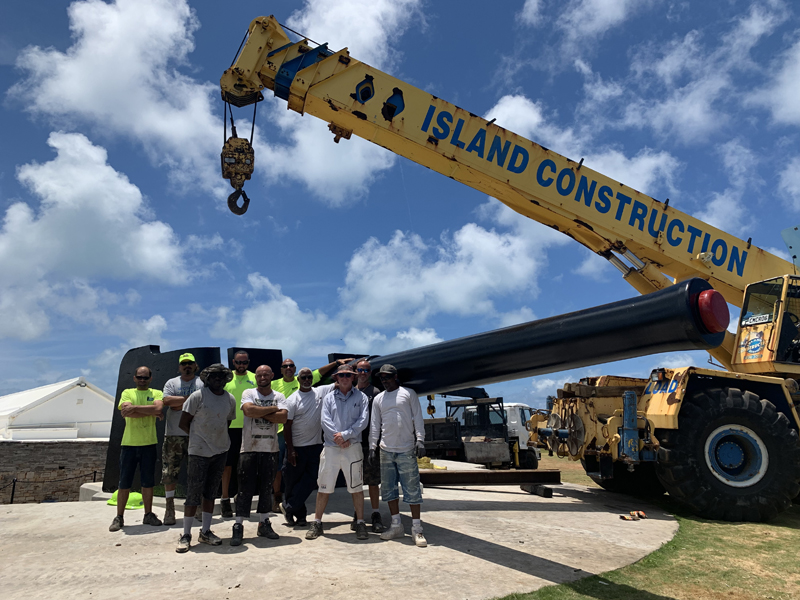 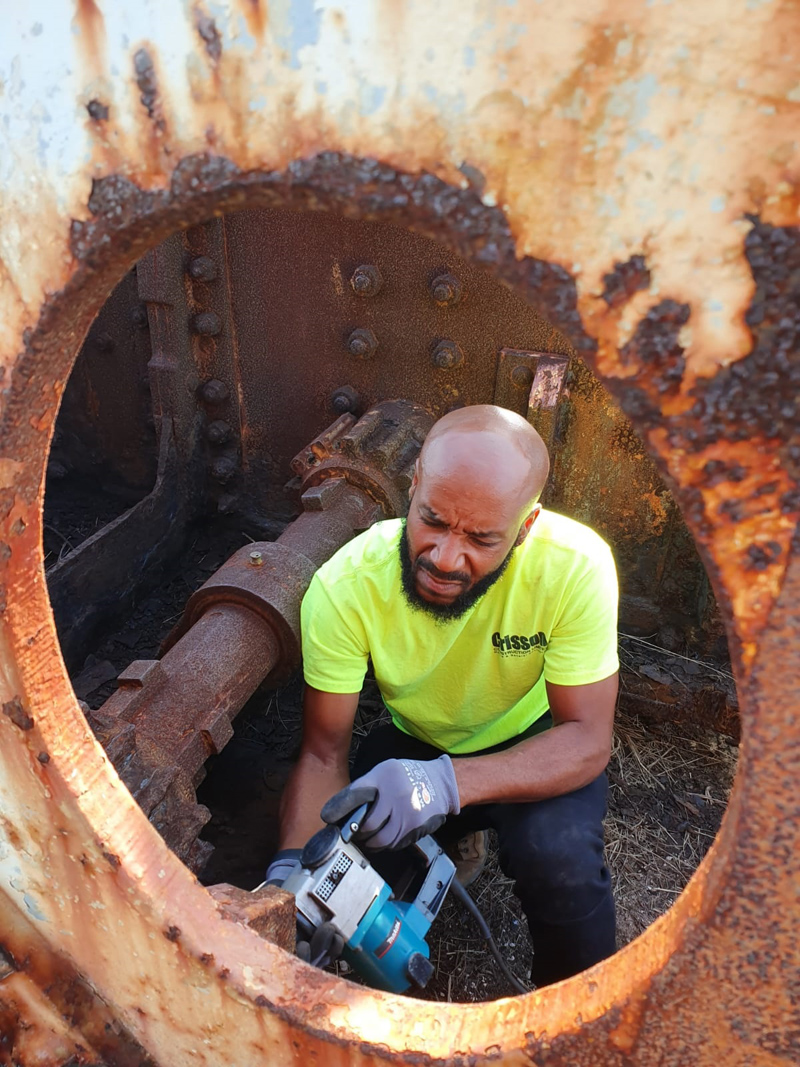 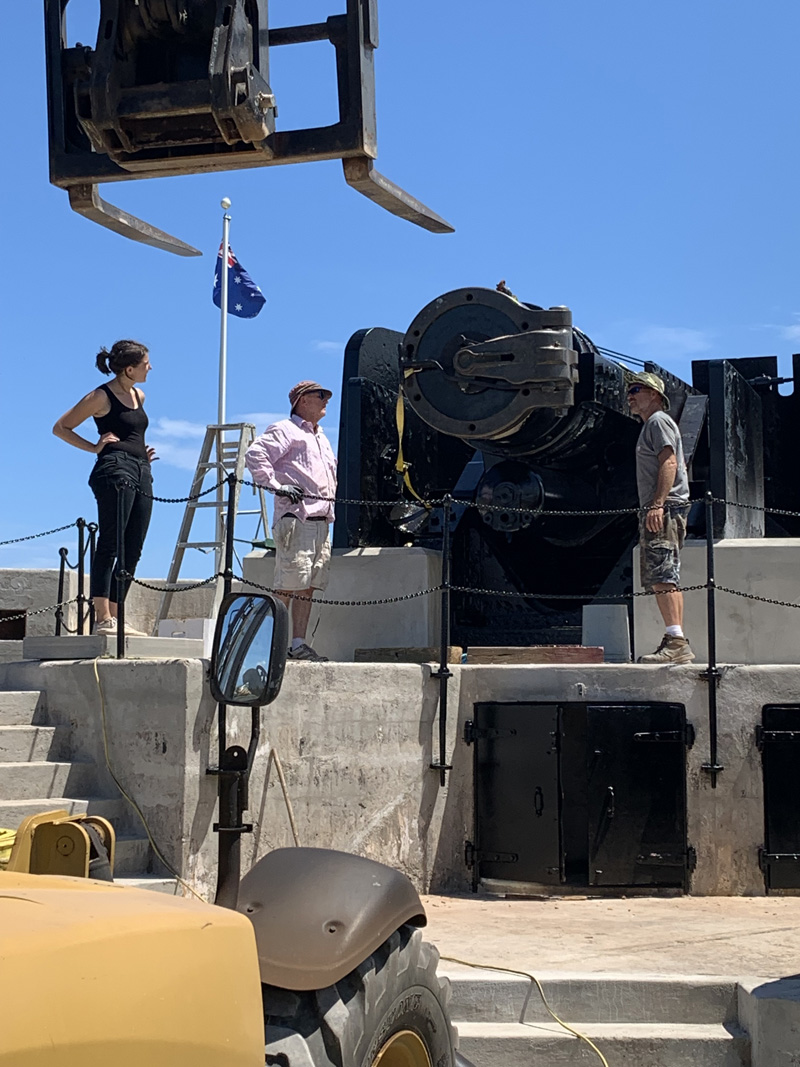