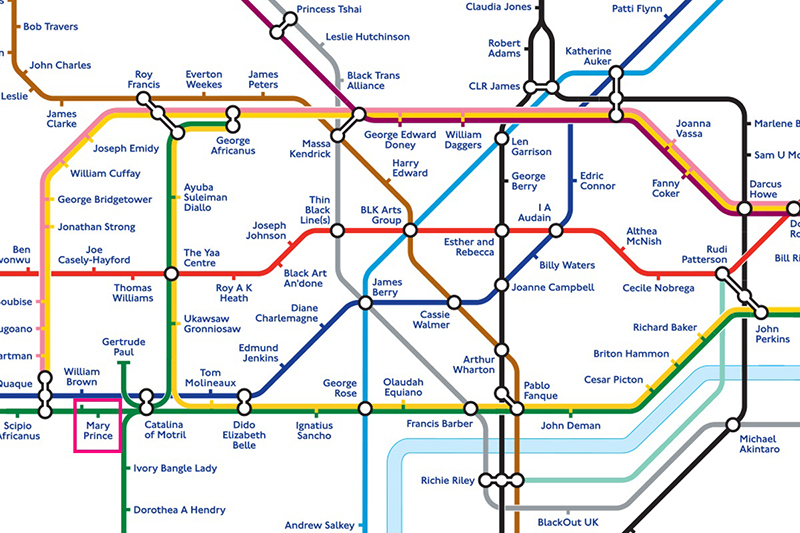 Mary Prince, a Bermudian national hero, and legendary actor Earl Cameron have both been featured on London’s Black history tube map, an endeavour that celebrates contributions to Black British history.

The Transport For London website said, “We’ve teamed up with the Black Cultural Archives to launch the first ever Black history tube map, celebrating the rich and varied contribution Black people have made to London and the UK from pre-Tudor times to the present day.

“The Black Cultural Archives is the home of Black British History, conceived in 1981 as a monument to hold space and collect, preserve and celebrate the histories of people of African and Caribbean descent in the UK to inspire and give strength to individuals, communities and society.”

Ms. Prince authored a book detailing her first hand experience of being enslaved, helping to galvanize the anti-slavery movement. In 2012, she was named a Bermuda National Hero and in 2020, Bermuda’s Parliament approved an amendment to the Public Holidays Act 1947 to rename the second day of Cup Match as Mary Prince Day. 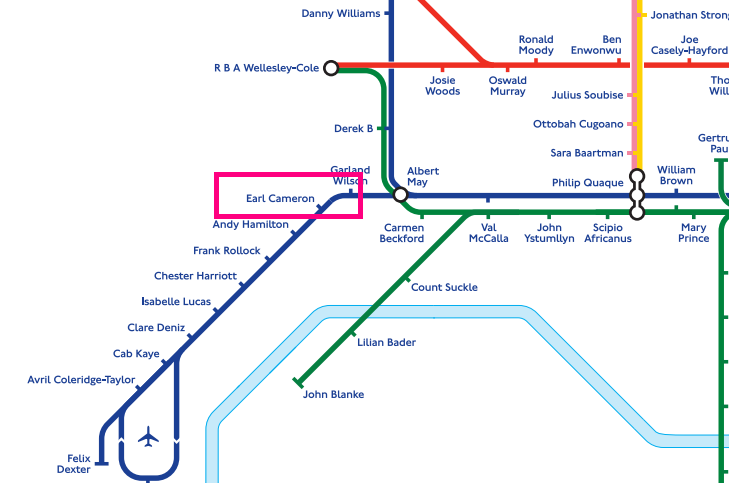 The late Earl Cameron — one of the first black actors to be regularly cast in British films and television programmes –- made his film debut in 1951.

He went on to appear in such movies as the James Bond blockbuster Thunderball [1965] and, more recently, the Sean Penn-Nicole Kidman political thriller The Interpreter [2005], and Inception [2010], in which he was featured alongside Leonardo DiCaprio.