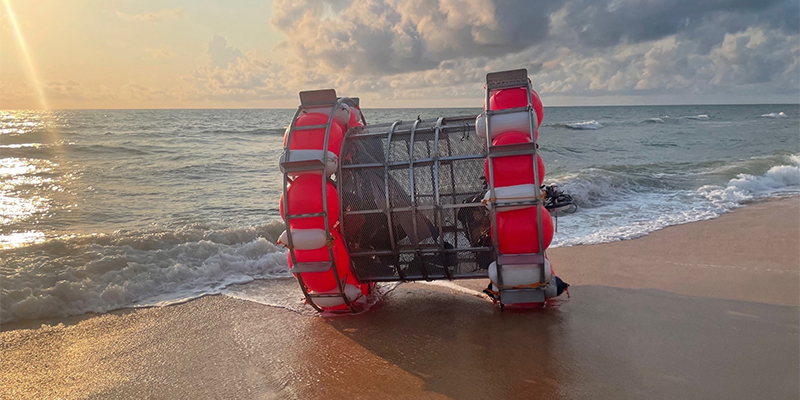 Reza Baluchi recently made his latest attempt to travel from Florida to Bermuda aboard a bubble, with this – at least his fourth attempt at the crossing – seeing his vessel wash up on a Florida beach.

The latest attempt by Mr Baluchi, whose website was promoting that his “adventure to Bermuda” would be “available with live feed from ocean,” resulted in the US Coast Guard being called in to check the “vessel/occupant are USCG compliant for their safety moving forward.”

While the US Coast Guard has not made an official comment on this attempt yet, is safe to assume they are unlikely to change their position on the safety of the “vessel”, which they previously said has been “determined to be manifestly unsafe”, with the USCG telling him that by attempting to travel over 1,000 miles via a bubble he would be “putting himself in grave danger on the high seas.”

This weekend the Flagler County Sheriff’s Office in Florida tweeted the photos below, saying: “This morning, the FCSO responded to a call about a vessel washing ashore in the Hammock area. Thank you to the concerned citizens who reported this. We are happy to announce that the occupant of the vessel is safe with no injuries!”

In another tweet, the Flagler County Sheriff’s Office said, “The US Coast Guard was contacted and arrived on scene to take over the case and ensure the vessel/occupant are USCG compliant for their safety moving forward.”

Fox 35 News reported, “The Flagler County Sheriff’s Office said a strange vessel washed ashore on Saturday morning. It turned out to be a Central Florida man who was ‘walking on water’ for charity.

“In an exclusive interview with FOX 35 News, Reza Baluchi says he is no stranger to the water. He calls his floating contraption his bubble. But his bubble washed ashore in Flagler County early Saturday morning. His goal is to run from Florida to Bermuda or further north up the coast.”

Mr. Baluchi made his first attempt in 2014, resulting in him being rescued by the Coast Guard after being found disoriented and asking for directions to Bermuda.

He made his second attempt in April 2016, and was stopped by the Coast Guard, who said it was an “inherently unsafe voyage attempt.”

A third attempt saw Mr. Baluchi detained by the Coast Guard and placed in a psychiatric hospital under the Florida Mental Health Act. 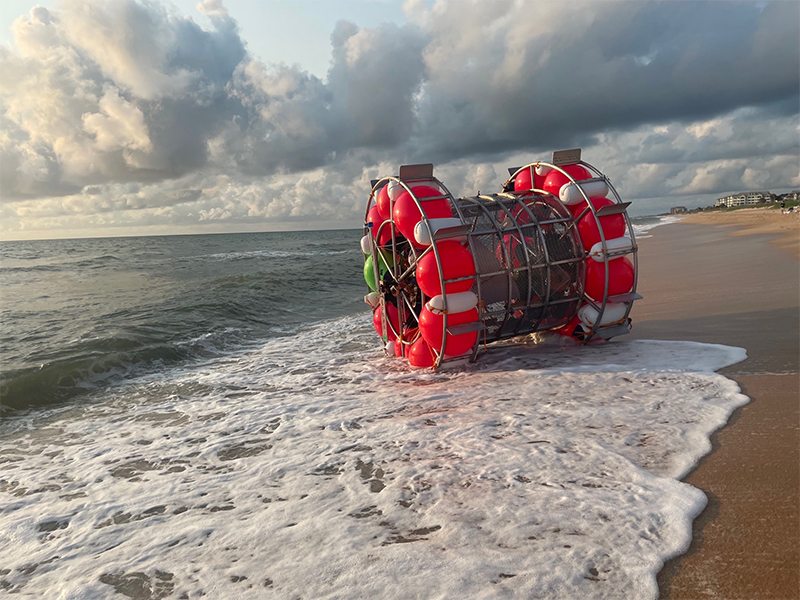 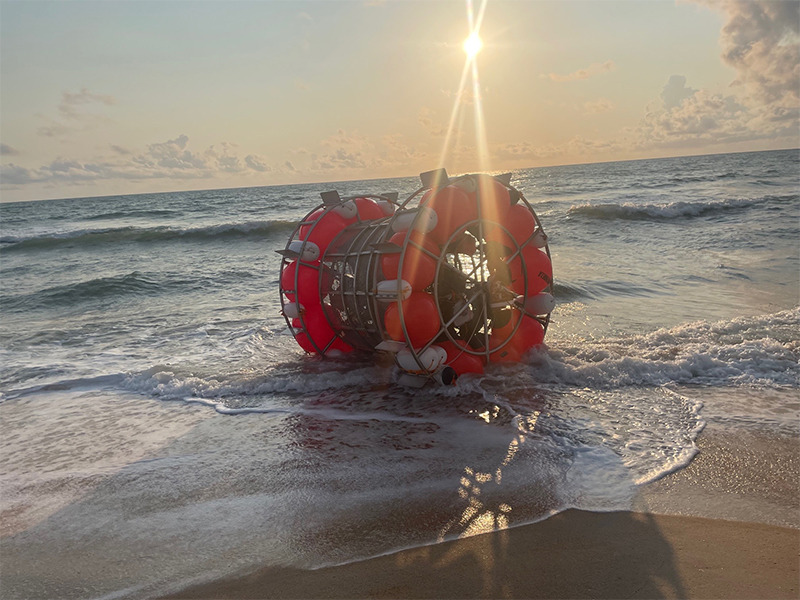 10 Unusual Ways To Travel To Bermuda

A Look Back At US Navy Underwater Research In Bermuda