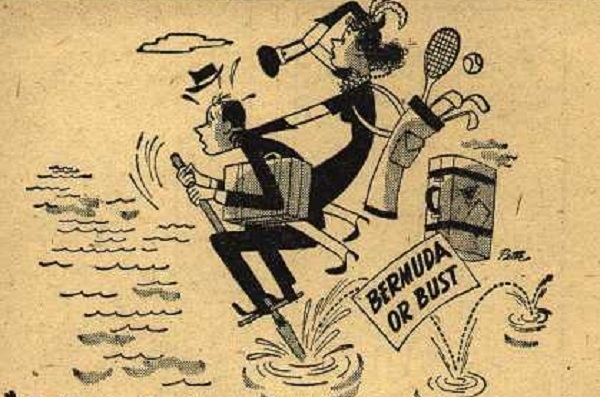 In what could described as a case of stating the obvious, an airline once marketed its Bermuda route with an advertisement proclaiming that you cannot get to Bermuda on a pogo stick, suggesting that the “hop” they provided was a better option.

Colonial Airlines was a passenger airline that flew between the American east coast and Canada during the 1940s and 1950s, with Bermuda as its sole international destination.

A promotion from the now defunct airline said, “It’s impossible to get to Bermuda on a pogo stick, but Colonial’s Skycruisers make it in one fast, sure hop. You’ll keep your powder dry and your spirits high – with more time to play and relax.” 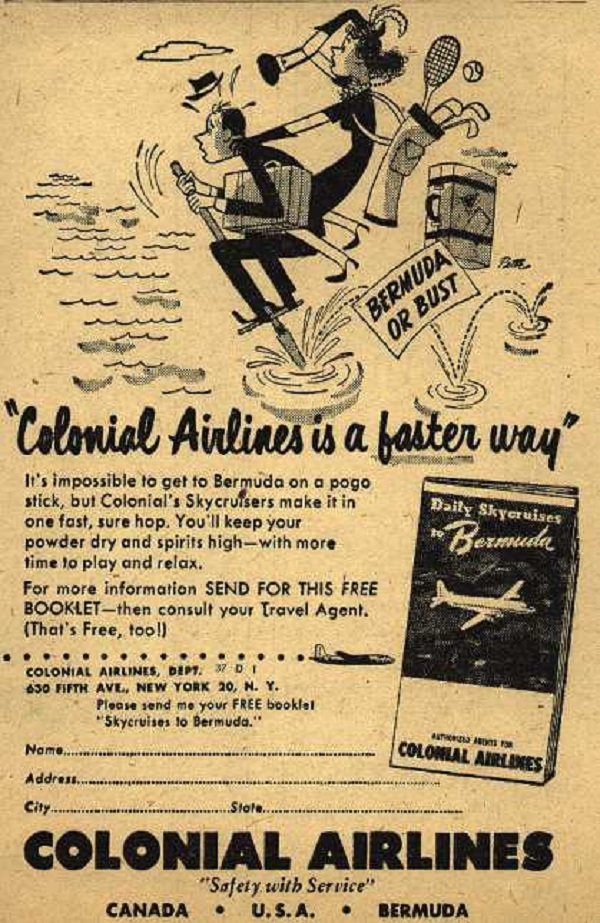 The pogo stick marketing ploy didn’t sit well with Connecticut-based marketing firm Mascola, who described it as “the perfect example of a common mistake made not just in the world of travel advertising, but in marketing overall. It’s not based on truth. No one would try to get to Bermuda on a pogo stick.”

Marketing follies aside, the airline focused much of its advertising on its lone international destination, promoting daily flights to the island from $126, along with a seven day all-expenses-paid trip from New York to Bermuda for $170.

According to a brochure, the cost of the seven day excursion included not only round-trip flights, but also meals on the airplane, transportation between the hotel and airport in Bermuda, hotel accommodations themselves, meals during a passenger’s stay on the island, sightseeing opportunities, and mementos.

A Colonial Airlines advertisement from the 1940’s 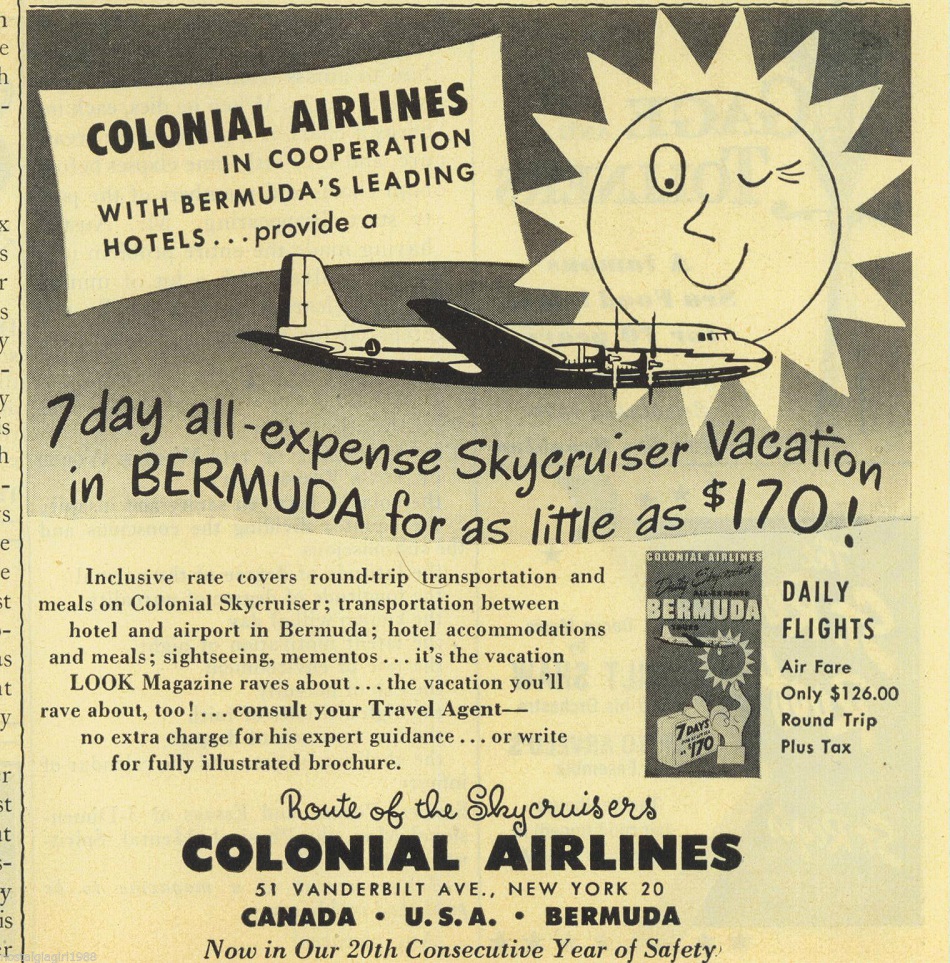 Colonial Airlines itself was first launched in 1928, operating for nearly 30 years before, in 1956, the company was purchased by Eastern Airlines – an acquisition that had to be approved by then U.S. President Dwight Eisenhower as an international route was involved.