Hamilton Princess & Beach Club has launched the Beyond Burger, a Beyond Meat plant-based vegan burger, at Marcus’.

The Beyond Burger is available from today for $26 and is served with French fries [cooked in vegetable oil] and topped with vegan cheese, tomato, lettuce, dill pickles, HP secret sauce and served on a sesame seed bun.

Marcus’ is the first restaurant on the island to offer Beyond Meat’s cutting-edge, plant-based meat substitute, which is notable for looking, cooking, and tasting like ground beef. It is made entirely from plants, without genetically modified organisms, soy, or gluten. Based in Los Angeles, California, Beyond Meat is dedicated to developing meat directly from plants. Their investors include Bill Gates, Leonardo DiCaprio, Twitter co-founders Biz Stone and Evan Williams and the Humane Society of the United States. 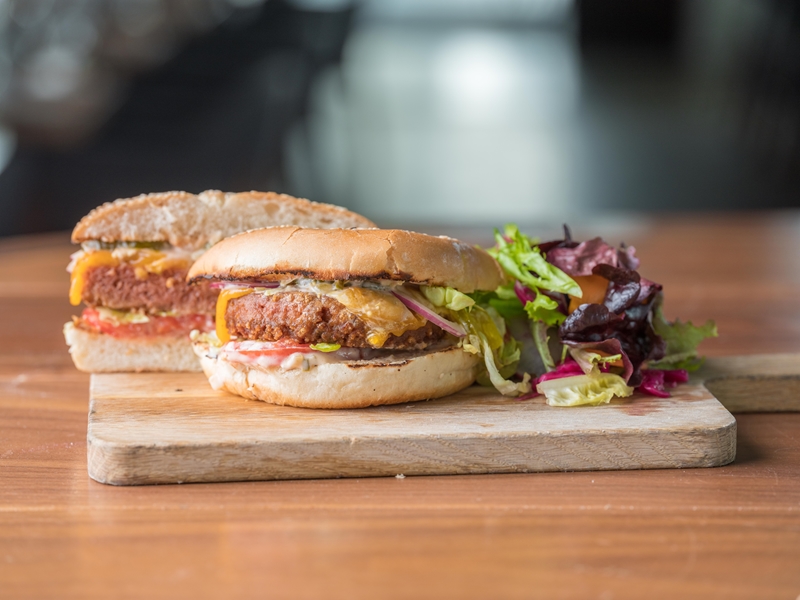 Danai Hongwanishkul, Executive Chef de Cuisine at Marcus, said, “We are pleased to be able to offer another delicious option for vegan diners at Marcus’ and the Beyond Meat burger is an exciting new dish for us in the kitchen. We are dedicated to creating gourmet options for all of our guests, whatever their dietary requirements.”

This is the third vegan menu item on the menu at Marcus’; the others are Jerk Cauliflower with Jewelled Rice and a Veggie Bolognese [without the parmesan cheese]. Reservations at Marcus’ can be made by calling 441-298-2028 or emailing ham.diningreservations@fairmont.com.