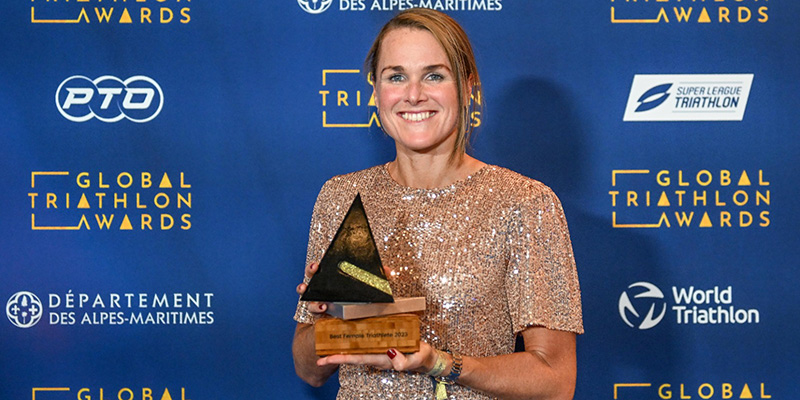 Dame Flora Duffy has been crowned the Best Female Triathlete of the year at the inaugural Global Triathlon Awards in France.

The 35-year-old also became the first triathlete to retain a Commonwealth Games title after storming to a gold medal in Birmingham in July.

“It’s great to be here tonight,” said Duffy, who was selected as the winner by a judging panel of industry experts, including Jordan Blanco, Stephane Diagana, Emma-Kate Lidbury, Tim Don and Chelsea Burns.

“Thank you to those who are involved in elevating triathlon stories. I know triathlon has changed my life, and it has changed Bermuda.

“That is why it’s important to have events like this continue to happen and ensure that continues.”

Duffy, who was appointed a Dame in January last year, receiving her honours in person at Buckingham Palace last month, also heaped praise on two other nominees.

She highlighted Gentle’s win in the PTO Canadian Open in Edmonton and Sodaro, who won the Ironman World Championship title in Kona, Hawaii.

“While I’m up here, I also want to acknowledge two performances that inspired me last year,” Duffy added.

“The first was Ashleigh Gentle at PTO Edmonton. It was really moving to watch you cross the line in first and take that win.

“The second was Chelsea Sodaro stealing the show in Kona. I don’t know how but she got me to watch nine hours of triathlon. I was completely gripped the entire time.” Norwegian Gustav Iden was named the Best Male Triathlete at the ceremony.