This one of the initiatives announced in the 2018 Throne Speech, which said: “The Government is determined to harness the creativity of Bermuda’s artists and expand the community’s appreciation of their work and its value. To lead in this effort, government buildings will be appointed with a wide variety of Bermudian art.”

The Department of Community and Cultural Affairs has spearheaded the initiative, called ‘Public Art Project in Government Buildings’, and, over the past few days, has installed the artwork in the Dame Lois Browne-Evans Building.

The Minister of Labour, Community Affairs and Sports Lovitta Foggo met with each of the artists this week.

Minister Foggo said, “I am thrilled to see this initiative get underway. These beautiful pieces of art can now be admired on a daily basis by members of the public and civil servants making their way to and from work each day, including myself.

“I am so proud of our talented Bermudian artists and the variety and volume of artistic talent that we have on this island. It should be noted that this is only the start of the initiative – there will be other artists, other mediums and other buildings in which the art will be displayed.”

The Department is now placing an open call to Bermudian artists for Phase 2 of the initiative. They are seeking 2 dimensional art for display in the Government Administration Building.

Interested Bermudian Artists are invited to send, JPEGs or PNGs of their work to Mrs. Heather Whalen [hwhalen@gov.bm] and Ms Aruna Dismont [aaldismont@gov.bm]. All electronic submissions are due by 4 p.m. on Friday, March 8, 2019.

In providing background on the artists, the Government said, “Bermudian artist Graham Foster is best known for his huge mural, ‘The Hall of History’, located in the Commissioner’s House at the Bermuda National Museum in Dockyard, Bermuda. The two storey, 1000 square foot interior mural depicts five centuries of Bermudian history, and took over three years to complete. A professional artist since 1995, Foster’s paintings tend to follow one of two directions – one inspired by Bermuda’s flora, fauna, architecture and people that he renders in a uniquely surreal style. The other style is looser, more expressionistic and is often influenced by dreams and the subconscious.

“Sharon Wilson is a Bermuda based artist whose work both captures and explores the beauty of the human spirit. Sharon completed her graduate and undergraduate studies at the Massachusetts College of Art in Boston. Working exclusively with pastels for more than twenty years, Sharon has recently begun working in the 3000 year old medium of Encaustic art, involving painting with molten waxes. She shares her gift and her passion for art with her students at the Sharon Wilson School of Art. Her work is on display in the Bermuda National Gallery as well as at the Sharon Wilson Gallery.

“Contemporary portrait, travel and lifestyle photographer Meredith Andrews has shot for editorial, advertising and private clients all over the world. She has dozens of international exhibitions to her name, including the National Portrait Gallery in London, UK and the Bermuda National Gallery. Her clients include; The New York Times, Getty Images, BET, Delta Airlines, The Financial Times, Bermuda Tourism Authority, and the Independent. Some of her photography travelled to Barbados in 2017 with the Bermudian representation for Carifesta.

“Alan is a visual artist and, increasingly, he creates projects that involve digital images, video, music, poetry and performance. Inspiration comes from his island home, cartoons, comic books, biblical stories and mythology with recurrent themes of sexuality and otherness. His work is often loosely autobiographical and narrative or confessional and incorporates fantastical elements. Alan C. Smith is also one of the forerunners of the Bermuda’s contemporary Spoken Word Movement.

“Dr. Edwin M. E. Smith is a Bermudian artist and art educator. His mixed media artwork and illustrations can be found in collections internationally and has been included in Biennial Exhibitions hosted by the Bermuda National Gallery. He is the author of Imagemaking and the Bermudian Artist, a book that features a unique, critical and celebratory perspective on Bermuda’s visual art. Dr. Smith holds an MAT from Andrews University, an MFA from Savannah College of Art & Design and a PhD in Fine Arts from Texas Tech University.

“His professional experience includes corporate graphic design and three decades of teaching studio art and art history from elementary school through university levels. Since 1998, He has taught in the Art & Design Programme at Bermuda College. His responsibilities include curation for the Bermuda College Art Gallery [BCAG]. He serves annually as Chairman of the Visual Arts Committee for Teen Service’s Outstanding Teen Awards and as Chairman for the Bermuda Society of Arts Bursary Awards. His art involvement also includes Deputy Chair of the Bermuda Arts Council, membership on the Acquisition Committee and the Exhibition Committee for the Bermuda National Gallery, and past membership on the Board of Governors for the Bermuda Society of Arts of which he was a former co-president.

“Diana comes from an artistic background and she has followed her passion for painting since she was young. She started by painting miniatures in Indian ink and watercolour. Her early Bermuda watercolours were ethereal in style, imaginary dreamscapes in the dusty pastel colours of dawn or dusk. Her style has evolved to brighter watercolours in a highly detailed, whimsical style, often depicting figures and the vibrant hues of Bermuda, the flowers and the cottages, the beaches, and then to the blues, the seascapes in oils and acrylics, but always depicting the true, vivid colours that are Bermuda.

“James Cooper is a Bermudian artist whose work straddles sculpture and photography. James studied Landscape Architecture at the University of British Columbia. He has been featured in numerous publications and shown his work internationally at many festivals – notably, the New York Photo Festival, Scotia Bank Toronto Photography Festival, the 2nd Ghetto Biennale in Haiti, the Bermuda Biennial and the Jamaica Biennial. He is active in trying to foster Pan-Caribbean art connections and curates experimental shows under the banner of SEEEN.

“Jayde Gibbons looks to tell the story of living in Bermuda as a true Bermudian, as a documentation of her reality. She captures pastimes, living, breathing culture, and her goal is to highlight the beauty of all things Bermudian, through her photography, Queendom Heights. 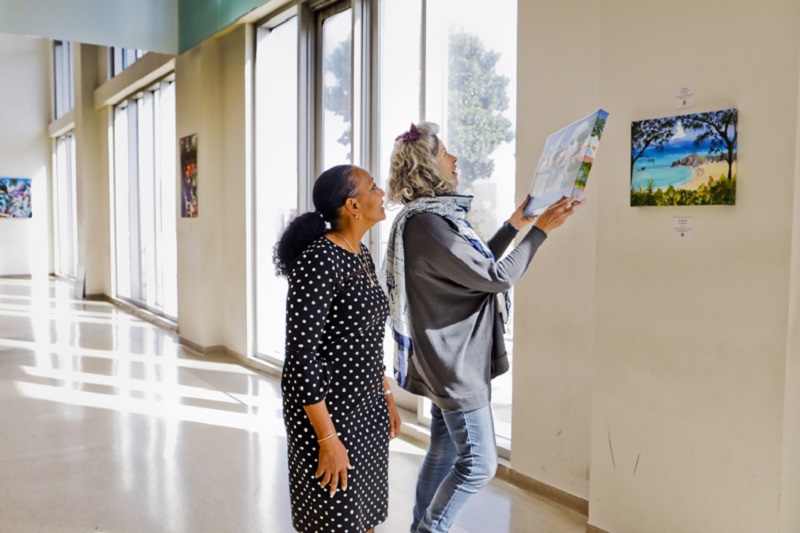 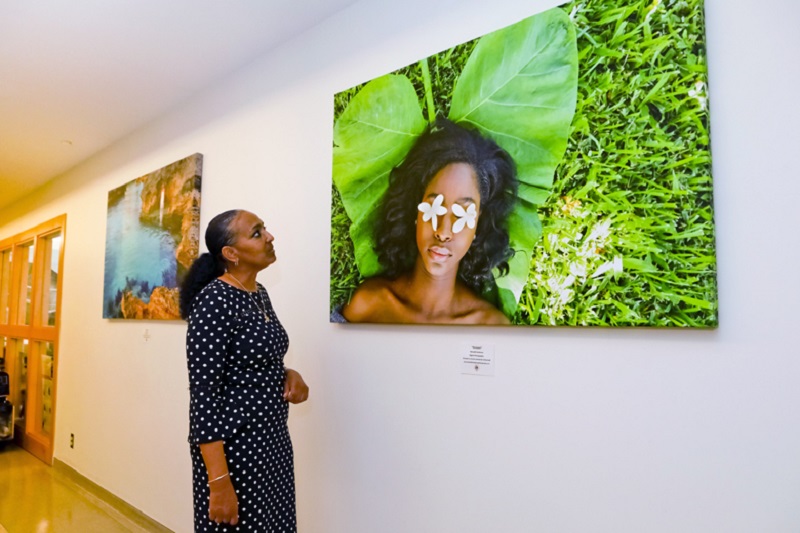 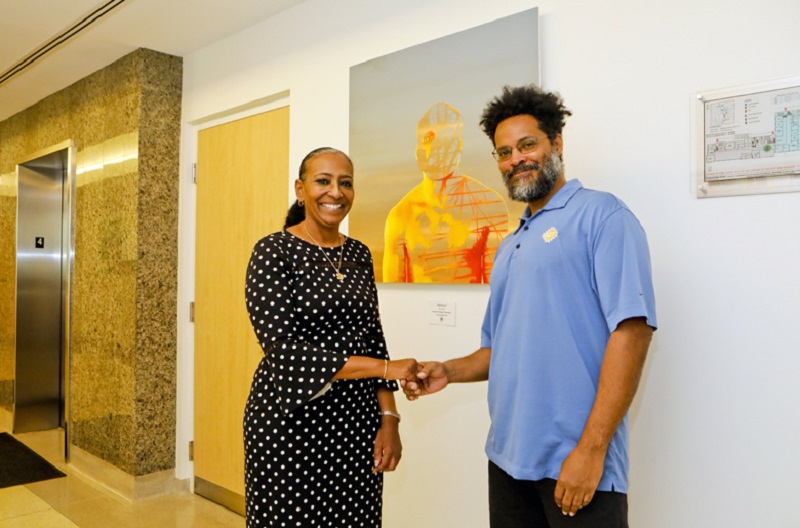 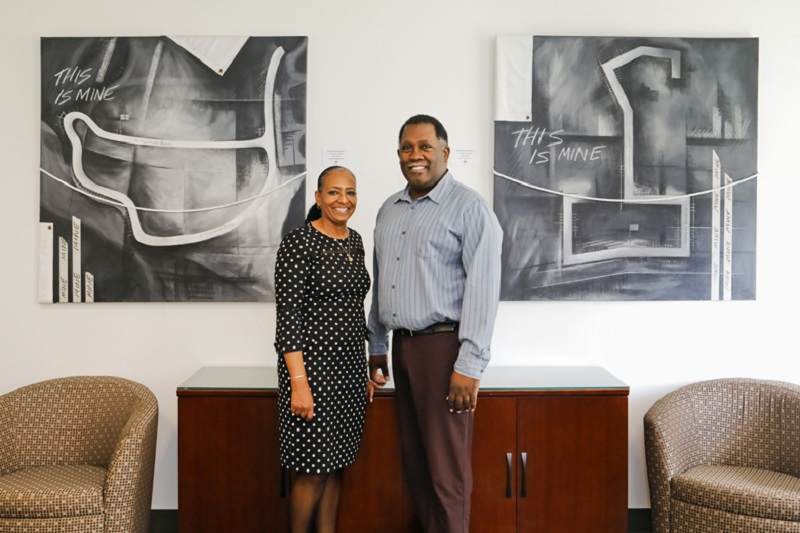 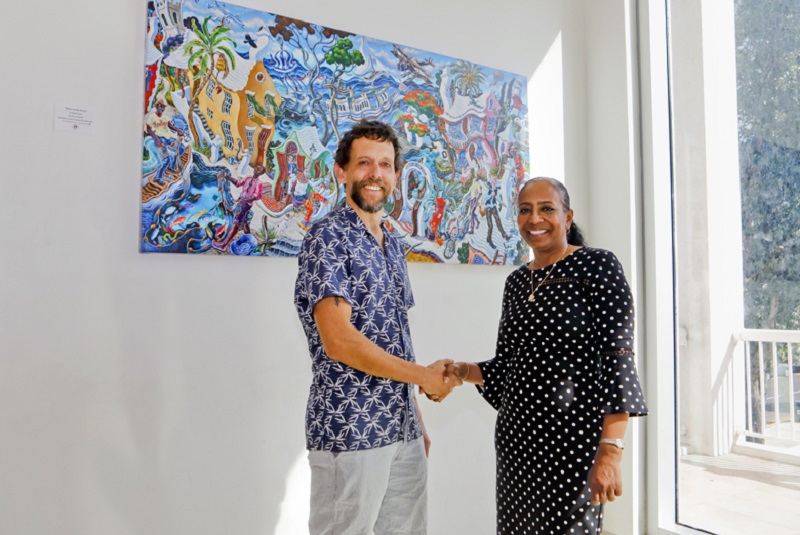 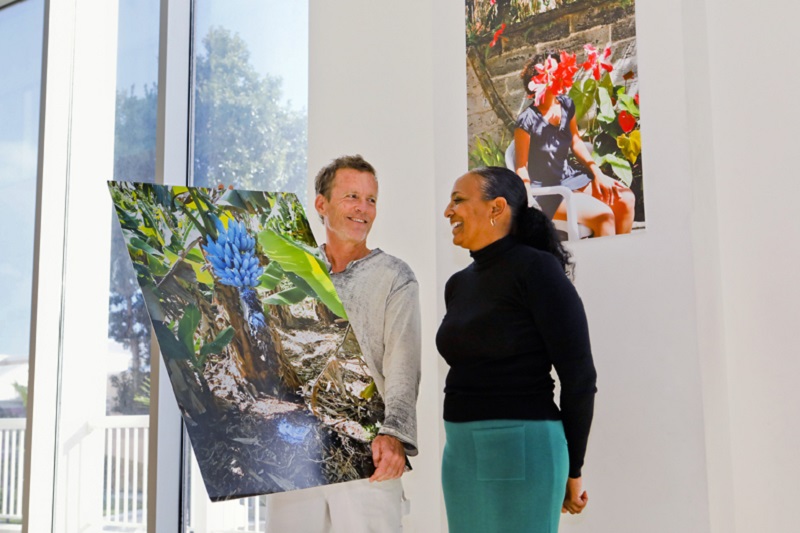 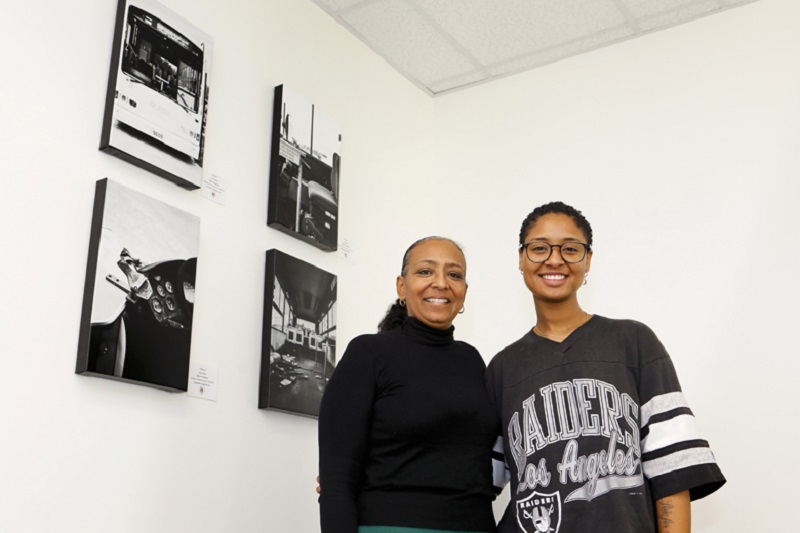 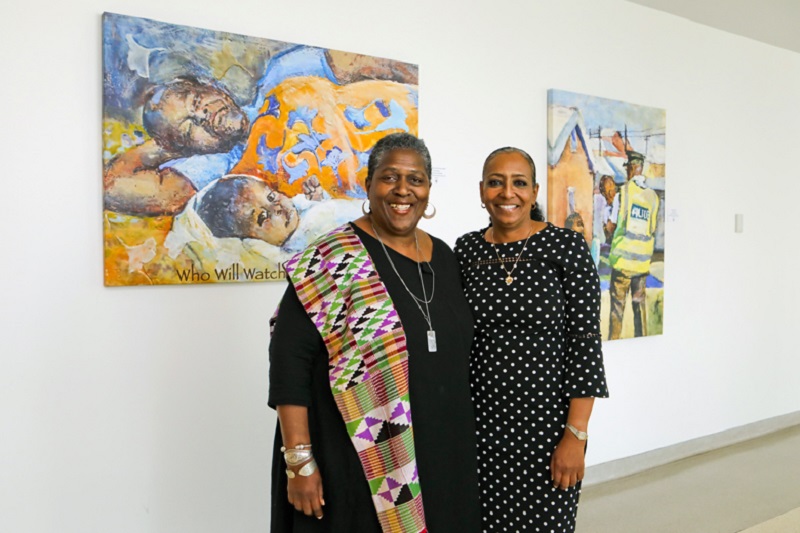