Bermuda came into the Games with one medal — a bronze medal won by boxer Clarence Hill in 1976 — and triathlete Flora Duffy earned the island a gold medal in these Games, and with our comparatively tiny population, this has resulted in us skyrocketing up the all time medal lists per capita. 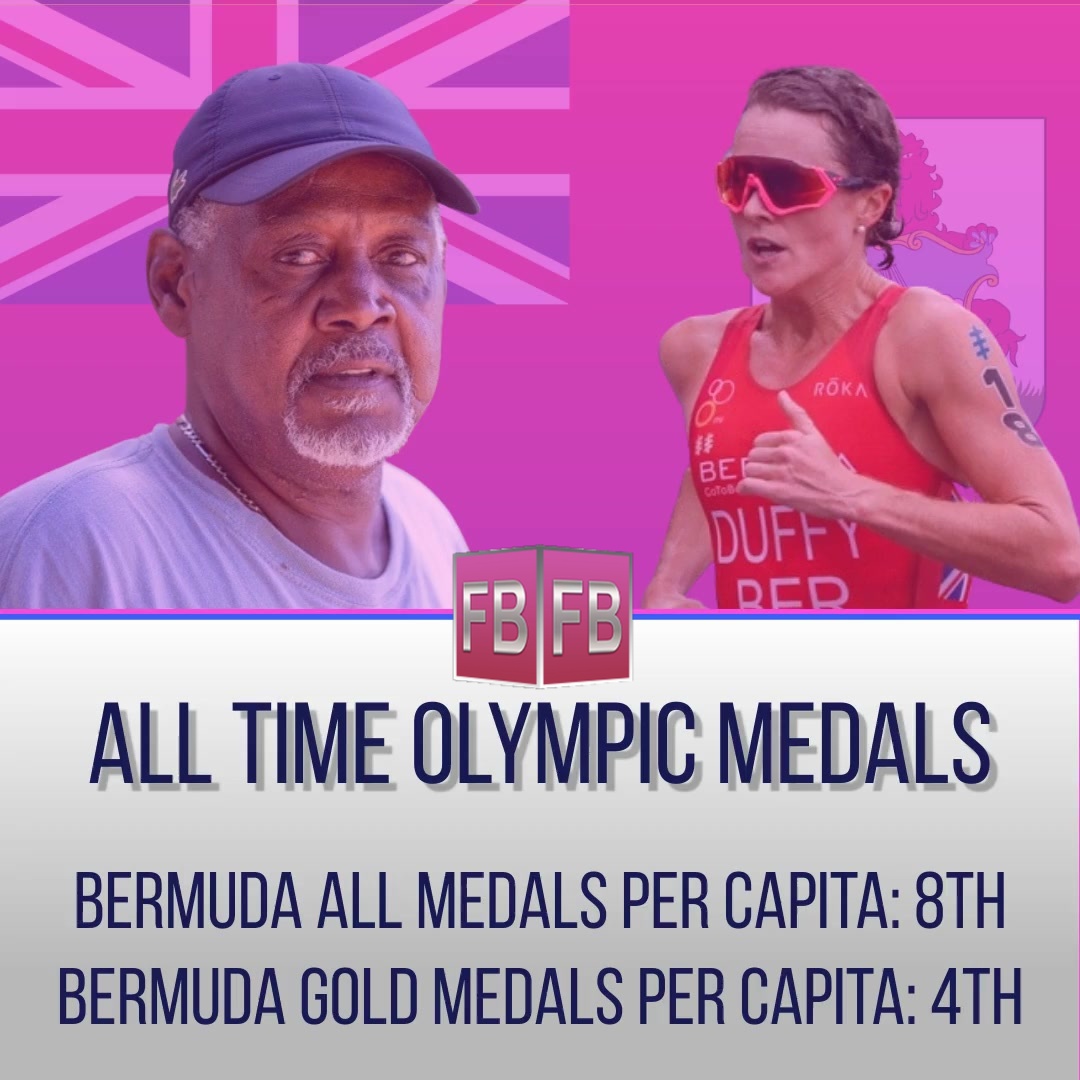 Obviously Bermuda’s grand tally of two medals is far smaller than many larger nations — the overall leader is the USA with 1,061 gold medals in the history of the Summer Games and 2,636 total medals — however our population is also significantly smaller; as a very general approximation for every one Bermuda resident, there are over 5,000 American residents, and this pales when we compare to China, where the ratio is one to over 20,000.

These statistics were compiled by the Topend Sports website, which said, “Bermuda, population 62,000, won its first-ever gold medal at the Tokyo 2020 Olympics, placing it 4th on the all-time gold medals per-capita list. Also in 2021, tiny San Marino with a population of fewer than 34,000 won three minor medals, making them the least populous nation to ever take home an Olympic medal.

“Using per capita data to rank the success of nations at the Olympic Games is an alternative to the popular way of ranking based on just total gold medals won.

“Below are tables of the top countries based on the total all-time medals won during the Summer Olympics [including Tokyo 2020 data], ranked relative to the nation’s population [latest UN figures from 2019]. The two tables below show the ranking based on [1] gold medals won, and [2] total medals won.

“Atop the list is the Caribbean island country The Bahamas, with their eight gold medals from sailing and athletics [two added in Tokyo 2020], and with a current population of fewer than 400,000 people. For even smaller countries like Bermuda and Grenada, a single gold medal is enough to get them into the top ten.”

Looking at the ‘normal’ listing of the total of overall medals won in the Olympic Summer Games — Bermuda has been competing since 1936 — we are tied for a 119th ranking, out of more than 200 nations, moving up approximately 15 places with the gold medal win by Flora Duffy.

The data above related to all time medals, as it relates specifically to medal wins at the Tokyo Olympics, Bermuda finished 63rd overall on the official medal table, and if you look at the medals on a per capita basis, the island was second per capita in overall medals, and first as far as gold medals per capita.

The article notes the strength of the Caribbean region on a per capita basis, with the comparatively small islands renowned for consistently producing world class track and field athletes, with Jamaica, The Bahamas and Grenada all appearing in the top 10 per capita.

You can read the full story here on the Topend Sports website.