The popular waterside location is opening its doors to the public again for lunch, dinner and drink.

The restaurant and bar now offers guests protection from the elements throughout the entire space, without losing its open-air element. These upgrades mean that 1609 will be available as an event space all year round.

The upgrades were carried out by principal local contractors, D&J Construction under the supervision of Botelho Wood Architects and involved an average of 24 employees throughout the project and roughly 9,000 man hours. 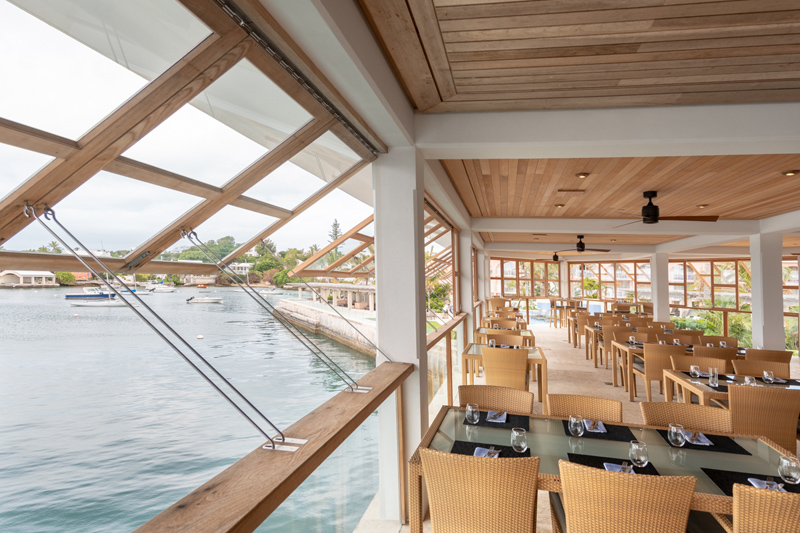 Diners at the restaurant can enjoy Bermudian classics, 1609 staples – such as Golden Fried Shrimp and Fish Tacos – as well as new additions like the Impossible™ Seekh Kebab, offering vegetarians and vegans a delicious new option.

In terms of drinks, there are refreshing classic cocktails, including the Dark & Stormy and new favourites including the Hamilton Princess Frosé.

Tim Morrison, General Manager at Hamilton Princess & Beach Club, said, “We are delighted to open 1609 Bar & Restaurant for the 2019 season and to showcase its recent revamp which means that it is now an event space for all seasons.

“Offering unparalleled views over Hamilton Harbour and world-class, delicious food with a local focus, we look forward to welcoming the public to dine al-fresco in style.”

1609 is open seven days a week from 11am until 10pm, serving lunch, dinner and drinks. Reservations can be made by calling [441] 298-2028 or emailing ham.diningreservations@fairmont.com.