At only 13-years-old Rachael Betschart has accomplished something few people ever will; sailing around an entire country in just over ten hours.

Granted Bermuda is small — and as some would point out a territory not a country – but the fact is, the young mariner made an impressive showing to sail around the island in her tiny eight-foot Optimist, and in doing so, she raised funds for the Bermuda Optimist Dinghy Association.

The charity facilitates Optimist Sailing in Bermuda and Rachael, a member of the national squad, recently came back from competing overseas in the North American Championships. 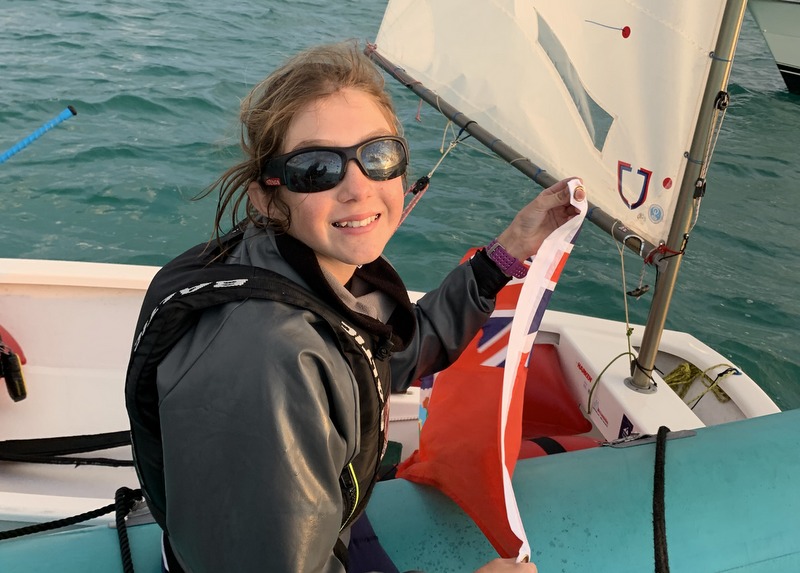 Rachael had set visit her sights on a round-the-island voyage three years ago and she had already sailed the 11.5 miles from North Rock to Hog Beach Beacon in the Great Sound in the 2016 Race To The Rock sailing event.

“Her coach, Nathan Bailey of the Royal Bermuda Yacht Club [RBYC], sat down and charted out with the plan to sail around Bermuda,” said Rachael’s mother, D’Arcey Betschart. “And three years later she acted on that plan.”

Preparation started days before the actual event as the family outfitted an inflatable safety boat to be operated by her mother and a mother ship that would carry her father and friend Alan Marquardt. Both vessels would be accompany the teenager on her journey.

“We towed Rachael out to Hog Fish Beacon, started the tracker and began the challenge at 8:14am,” said Mrs. Betschart. “The plan was to circle the island of Bermuda in a counter clockwise direction.” 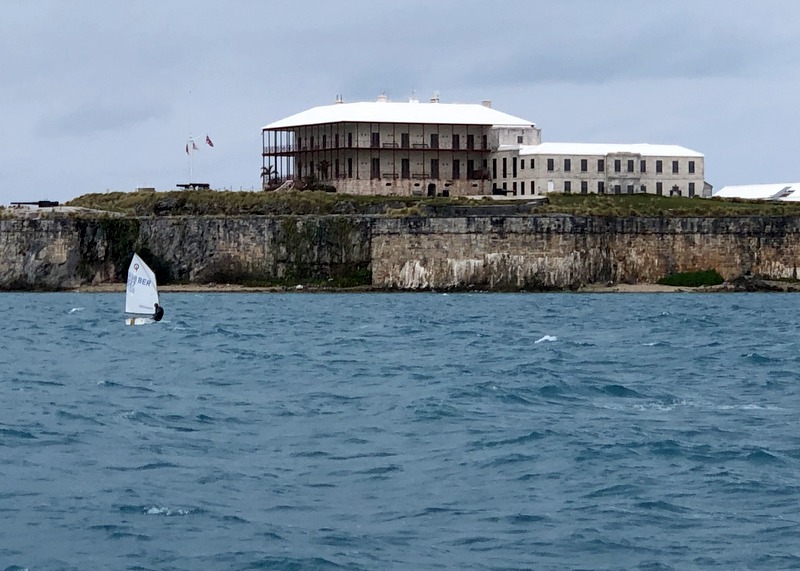 Hoping to beat the record round-the-island time of nine hours and 36 minutes set by former RBYC director of sailing Tom Herbert Evans in an Optimist in 2013, weather conditions with fine with Rachael set out.

Winds were a light 8-10 knots out of the north-west and the sky was overcast, with a slight chill in the air. Rachael wore her splash top, had on her leggings and her personal flotation device.

By the three hours mark she had reached The Reefs Hotel/Gibb’s Lighthouse/Fairmont Southampton area, Elbow Beach near the four mark, and Mid Ocean by the five hour mark, averaging at times close to 10-minute miles.

“As we approached St David’s the boiler reefs were very visible,” she Mrs. Betschart. “It was clear that she needed to go around them on the outside rather than the inside. 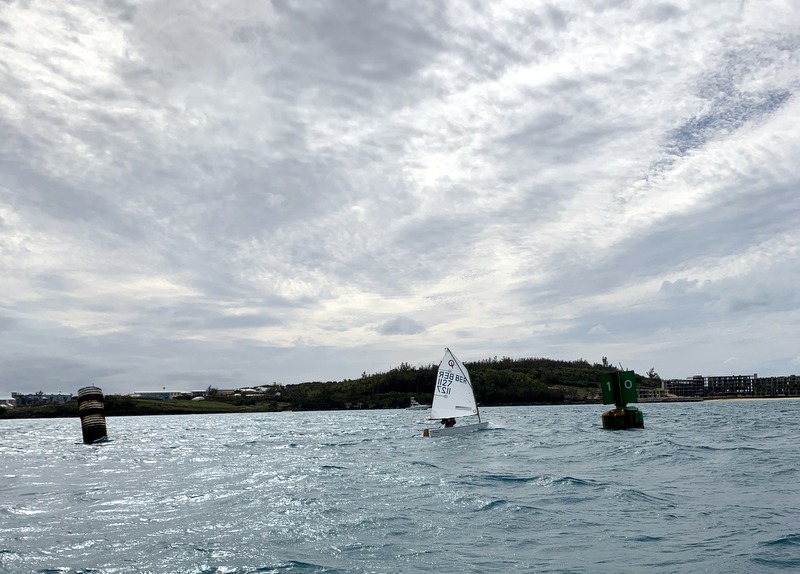 “This was the only part of the voyage that mom got a little bit nervous about; she personally would have given the reefs a bit more room, but to the teenage sailor, she was taking only what she needed to take and was able to get a close look at these suckers! Rachael looked comfortable and confident as she skimmed by them.”

When Rachael reached Fort St. Catherine’s that the wind had shifted more westerly to a west-north-west direction, which meant that she would be close hauled — or sailing as close to the wind as you can get — all the way up North Shore.

“The waves were quite a bit larger than on South Shore, no swell, about 4 foot and breaking at times,” said Mrs. Betchart. “The wind had picked up and was a steady 15kts. She was hiking the whole time and now complaining that her legs were itching her.”

Once she cleared the Oil Docks the sea state improved but the wind was still up and she had reached Bailey’s Bay at the eight hours mark.

“She is now doing the math in her head and realises that beating the goal of 9:36 was going to be tough but she still continued to hike and work the sail,” said Mrs. Betschart. “By the nine mark she was off Tynes Bay, she knew that she was an hour from the finish. That’s when good friends showed and we thank them with the encouragement and for cheering her on … 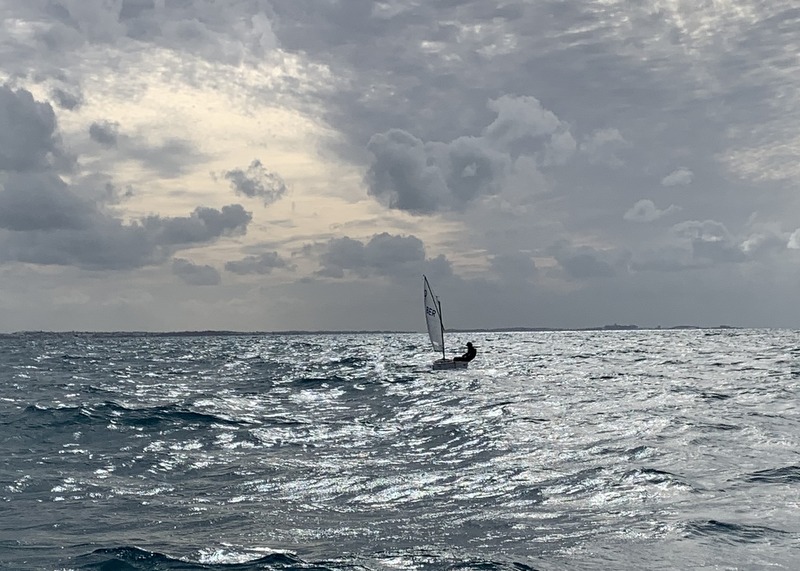 “The final hour of the challenge saw a few more wind shifts in the westerly direction which now meant that Rachael had to put in a few more tacks to make it up to the finish for a final clocked time of 10:09:56 — just 34 minutes outside Tom’s record time in an Optimist.”

Once she crossed the finish line “she was happy that it was over, happy she did it and happy to be heading home” said Mrs. Betschart. Coach Nathan Bailey came out to see her finish and helped to pull Rachael’s Optimist onto the inflatable safety boat Rachael, her mother and he could just motor to the RBYC.

“Once there she was greeted with cheers by the members and congratulated by all,” said Mrs. Betschart. “It was a long day; she sailed hard and was looking forward to a hot bath!”

The challenge took her 10 hours 9 mins and 56 seconds.