The U.S. Consulate of Bermuda recently took to Twitter to engage in some lighthearted sporting diplomacy, welcoming a new partnership between a New York team and Bermuda while highlighting that “when in Bermuda, it’s football, not soccer.”

‘Soccer’ is generally used in the United States and Canada to refer to the game known as ‘football’ in much of the rest of the world, including Bermuda, where it is a very popular sport.

This follows after the announcement of a new partnership has been announced between the Bermuda Tourism Authority [BTA] and New York City Football Club.

The agreement will see the BTA become the official tourism partner of the Major League Soccer [MLS] reigning champions.

To celebrate the partnership, the two organisations will host a sweepstake later this year where one lucky fan will win a trip to Bermuda.

Andres Gonzalez, the NYCFC vice-president of partnerships, said: “Bermuda Tourism will be a great partner for NYCFC and our fans, with travel taking approximately the same amount of time it takes to watch NYCFC play a game.

“Bermuda is a beautiful destination, and we cannot wait to work together and show off all the island has to offer.” 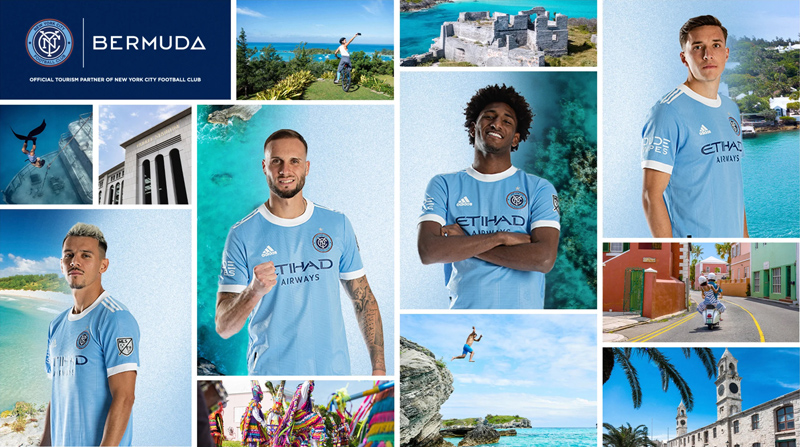 Douglas Trueblood, the BTA chief sales and marketing officer, said: “We look forward to cheering on the reigning Cup champions this season, and welcoming fans to Bermuda this year.”