Mayor Charles Gosling unveiled the City of Hamilton’s latest public artwork installation at Victoria Park by Katie Ewles, with the City noting that it is “an interactive piece where viewers can position themselves with the artwork in a way that makes it look as though they are blowing the wind into the sails of the boat – creating the perfect photo opportunity.” 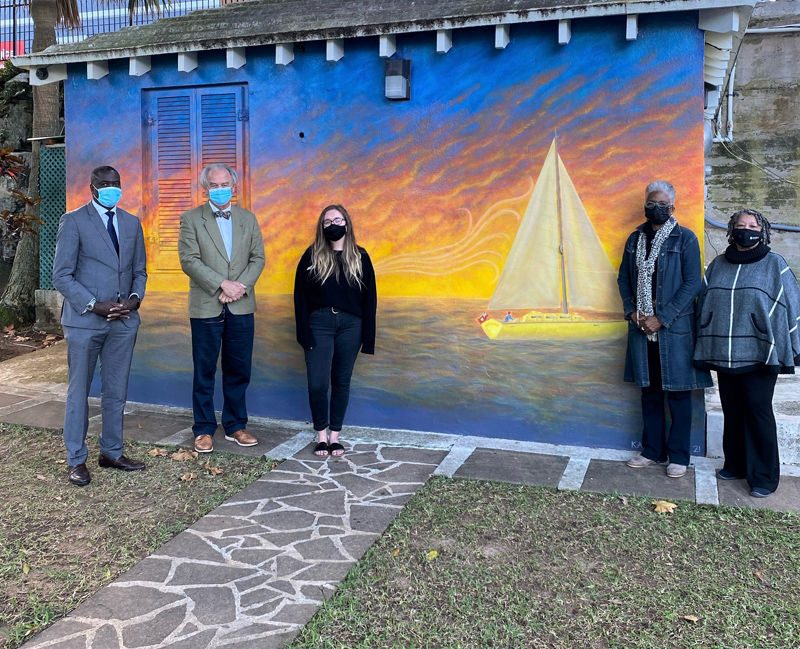 “The piece was created by Baltimore-based Bermudian artist Katie Ewles as part of the City’s VIVID Public Art Initiative,” a spokesperson said.

“The artwork depicts a sailboat on the water in Bermuda during sunset with the wind being blown into its sails.

“This is an interactive piece where viewers can position themselves with the artwork in a way that makes it look as though they are blowing the wind into the sails of the boat – creating the perfect photo opportunity! 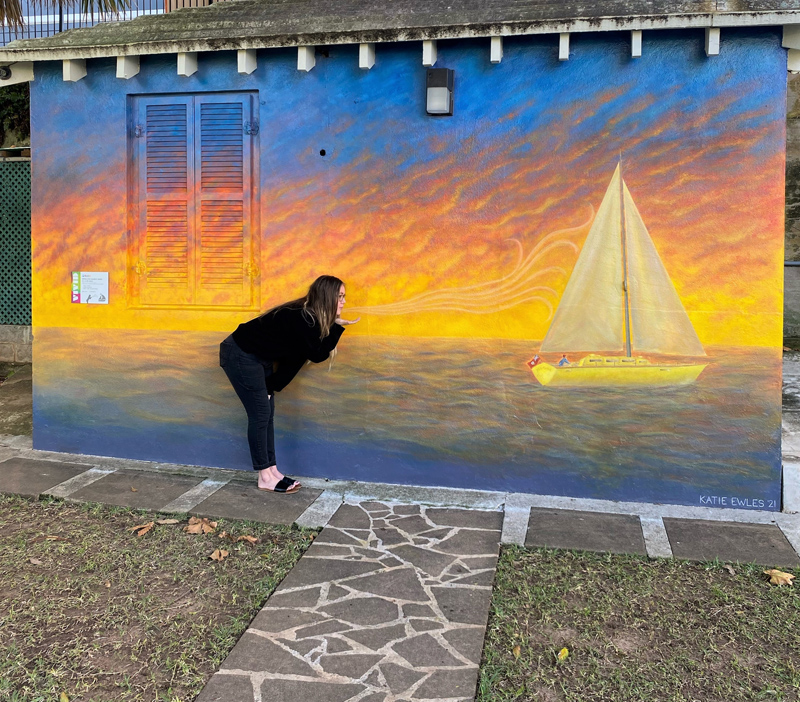 Mayor Gosling said, “The City of Hamilton is delighted to showcase this wonderful piece of artwork in one of our most frequented parks. It is the perfect addition to our other art installations under ‘VIVID’ – a City of Hamilton programme which seeks to showcase Bermudian artwork while furthering the beautification of our City and public spaces.”

Ms Ewles said: “I want to thank the City for allowing me to be a part of this unique opportunity. The City’s public art programme is an amazing initiative; it is so fun to walk around the City and see art popping up everywhere! 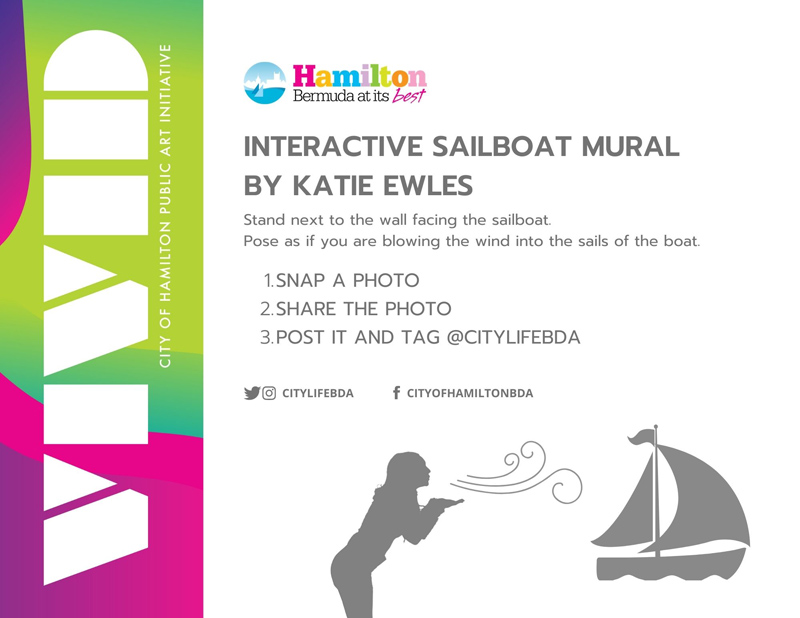 “With this piece, I wanted to create something which people could engage with and be a part of. Public art is about making art for the community – so people feel like it belongs to them.”

The City added, “This is Ms Ewles’ second mural in the City of Hamilton. Her previous mural entitled “Together” was completed in November 2018 and was installed at the entrance to Par-La-Ville Car Park. It features a kaleidoscope of colours inspired by the vibrant hues of Bermuda’s houses.

“This event follows the unveiling earlier this month of two murals produced as part of the Peaceful Art Protest in support of the Black Lives Matter movement which was a collaboration between the Bermuda National Gallery and VIVID.”