Bacardi Limited is celebrating Bermuda’s black-owned bars and restaurants with the release of their digital magazine entitled Bacardi Celebrates, and is the first in a series, with future editions to “focus on women-owned businesses, the LGBTQ+ community, and highlight the diverse landscape and rich cultural heritage of the island.”

A spokesperson said, “Family-owned Bacardi Limited, with global headquarters in Bermuda, has released ‘Bacardi Celebrates,’ a digital magazine that promotes and celebrates black-owned bars and restaurants on the island.

“This special edition online magazine is part of ongoing efforts by Bacardi to support the hospitality industry, with a focus on underrepresented groups, and is the first in a series.

“Future editions will focus on women-owned businesses, the LGBTQ+ community, and highlight the diverse landscape and rich cultural heritage of the island.” 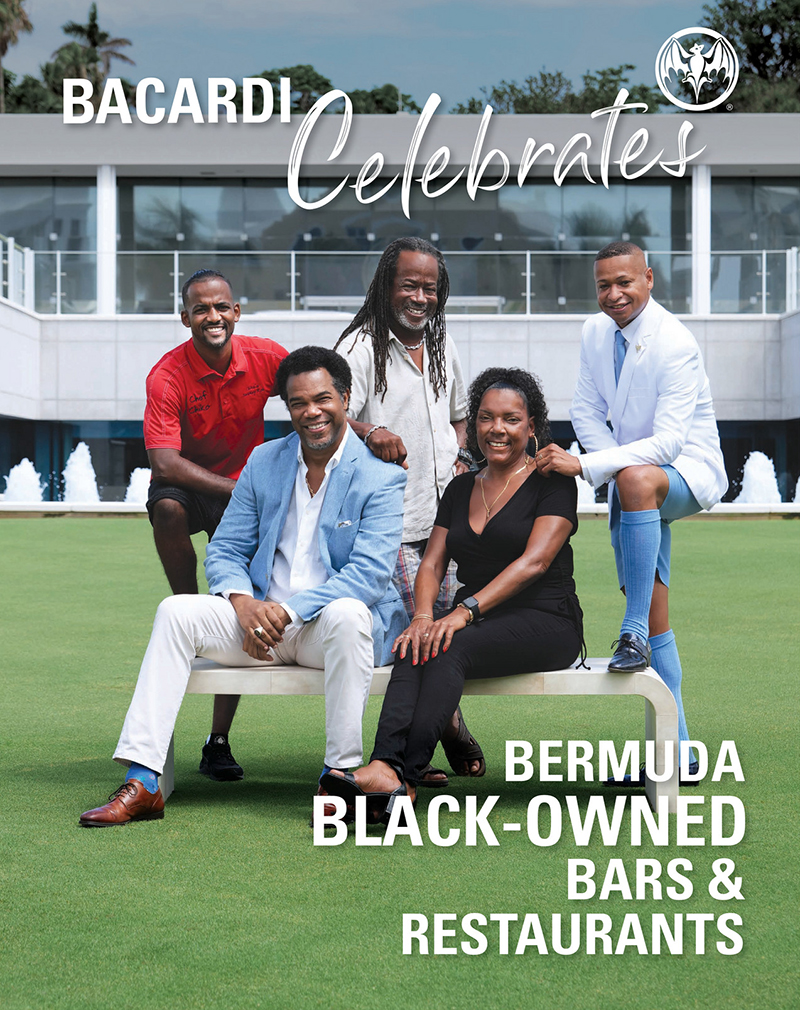 Bacardi Limited Managing Director, Doug Mello, said, “As a family-owned business for seven generations, we take great pride in how we show up for our people and our communities.

“We are committed to discovering impactful ways to contribute to the communities in which we live. This inaugural Bacardi Magazine highlighting Black-Owned bars and restaurants in Bermuda is a way to support those that have always supported us.”

The spokesperson said, “Within the digital publication, readers can expect to find a series of interviews with local, well-known owners, along with recipes for Bacardi cocktails from across the portfolio, and a map of black-owned establishments.

“The goal is to help share the stories behind some of the black-owned bars and restaurants in Bermuda and to encourage residents and tourists alike to visit these businesses and help drive the local economy.

“Bacardi has been driving various initiatives in Bermuda aimed at bringing more awareness to the hospitality industry and supporting those hardest hit by the pandemic. As part of the global #RaiseYourSpirits program, which launched in March 2020, Bacardi donated more than 3,000 food items and 900 grocery vouchers to local bartenders.

“Readers can access the digital publication via this link.”