Mr. Stevenson said it was the first time he has witnessed humpback mating behaviour entirely consistent with courting humpbacks he has observed numerous times in the Caribbean and Hawaii.

In this display, the male escort cuts off would-be suitors by ramming them in an attempt to keep them from physically reaching the lone female. 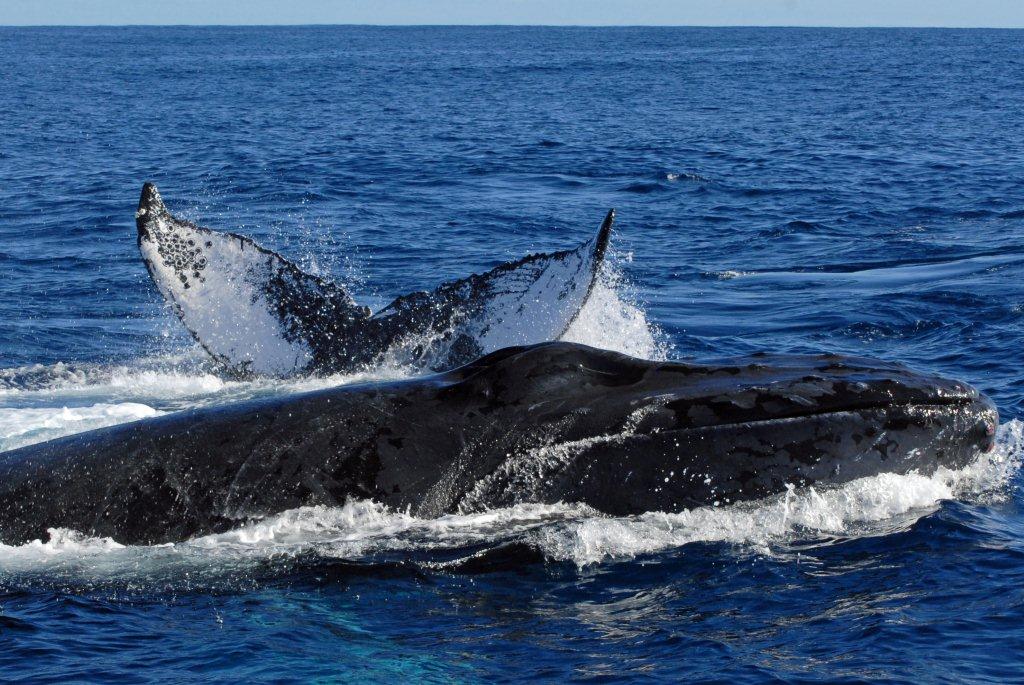 Visible is the raw, pink tubercules on the whale’s jaw from head butting his opponents: 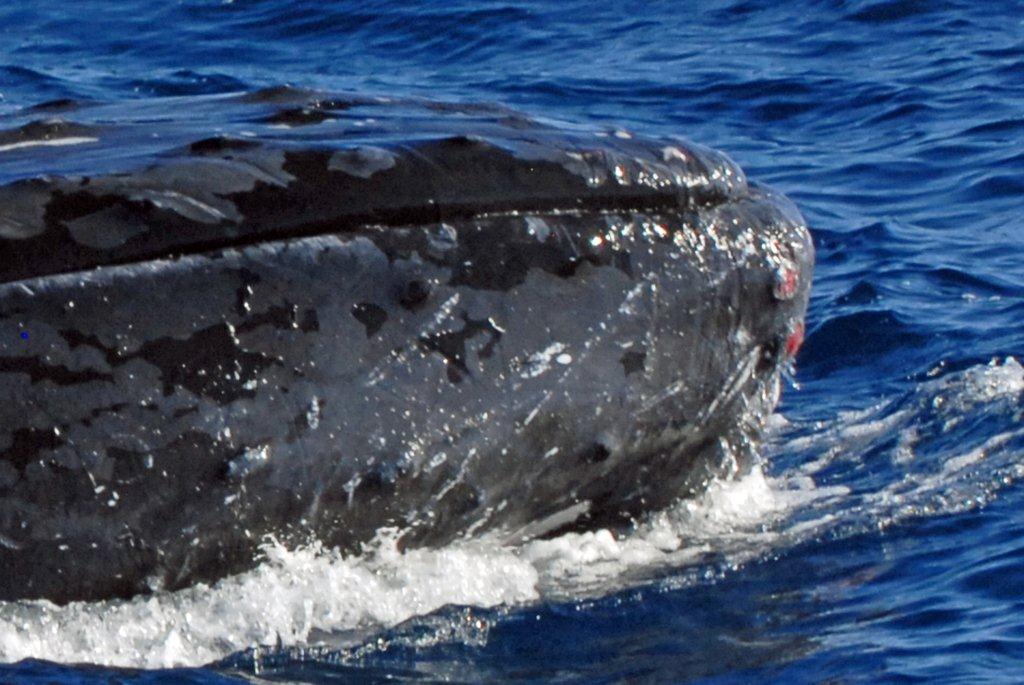 A sudden stop to whack a pursuer on the head with the fluke: 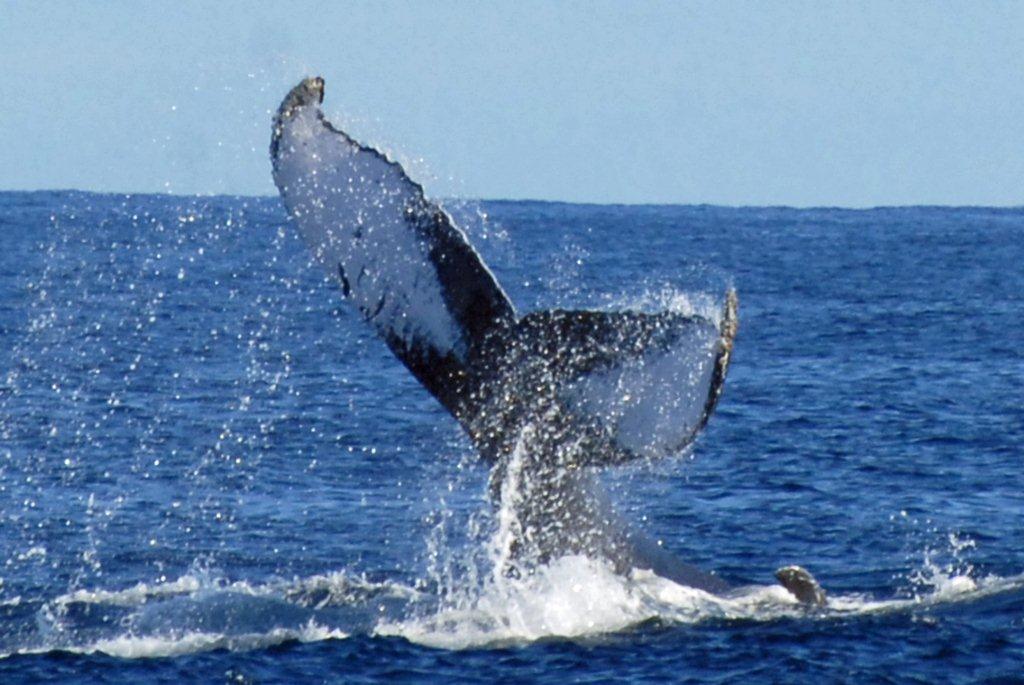 To gain the attention of the males, the female lay on her side or back and whacked the water with her pectoral fins: 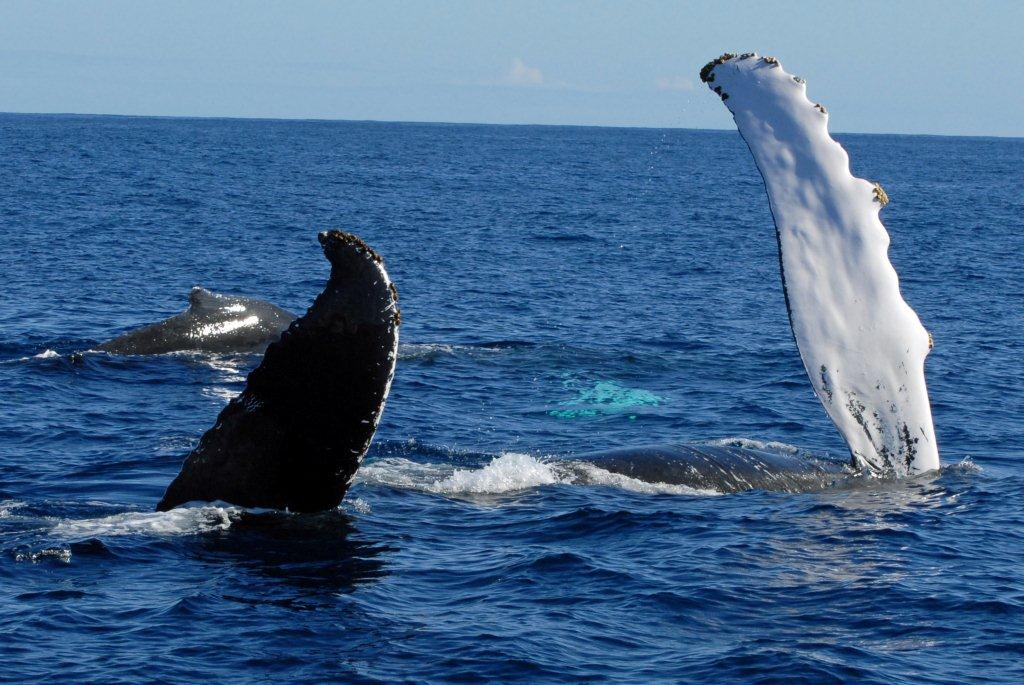 Using the head to butt the fluke of the whale in front: 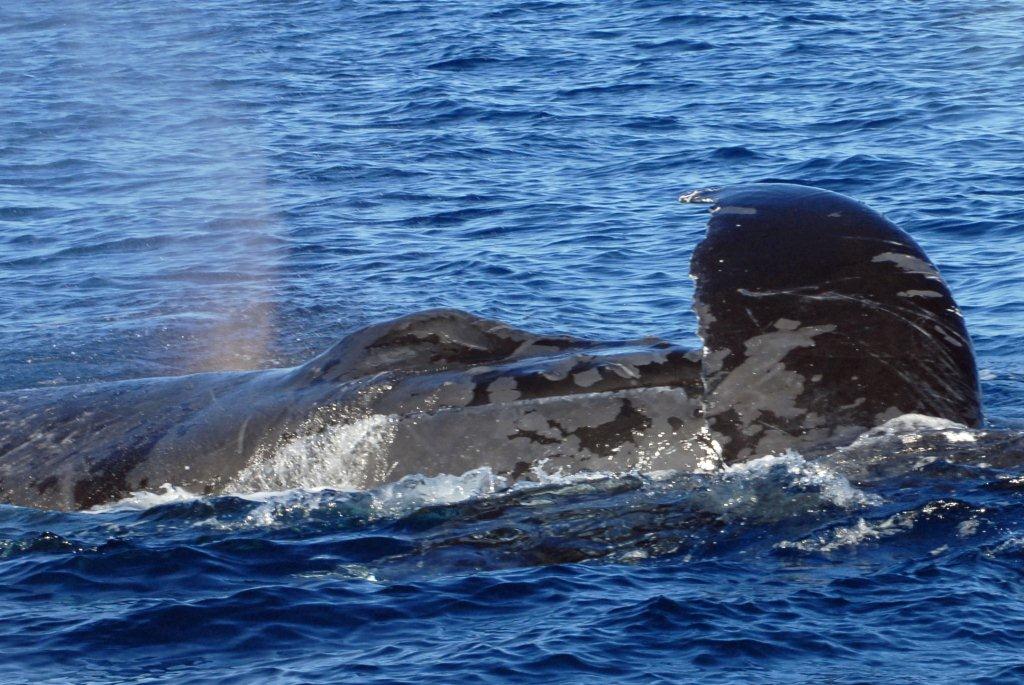 “These were all very large whales and the exertion was plain from the trumpeting and heavy breathing and the frequency with which they surfaced to breathe. This was mayhem with whales careening around avoiding or attacking one another,” said Mr Stevenson. 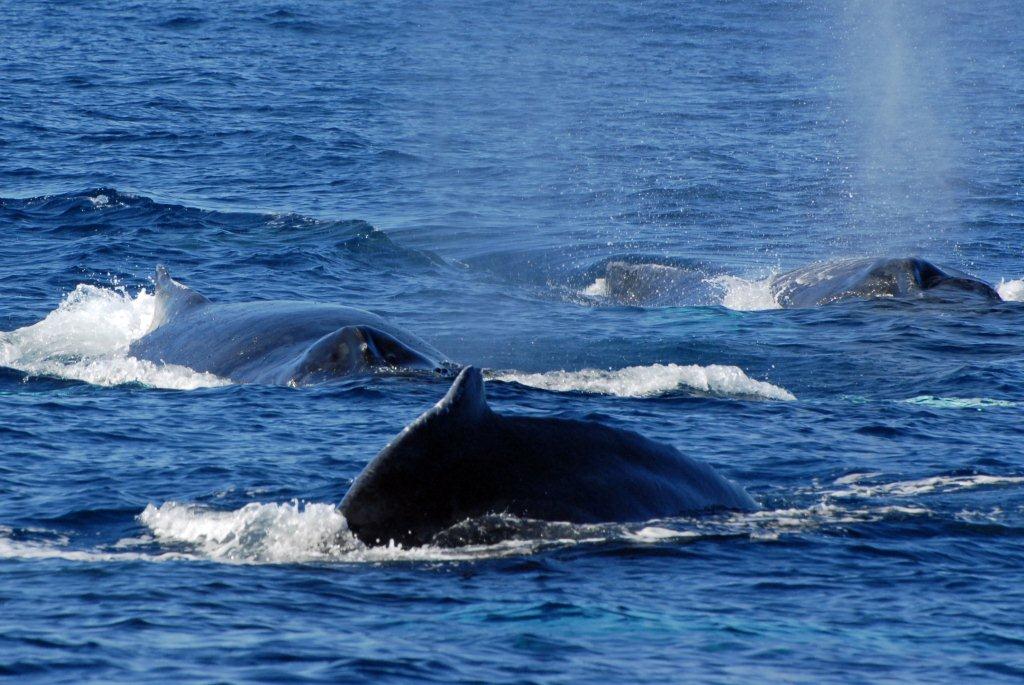 “At first we thought they were dolphins riding the pressure wave of the humpbacks, such as we have witnessed before. On closer inspection we could see they were too big to be dolphins. These Cuviers were in the middle of the ocean. Why did they surface in the midst of dueling humpbacks? Curious?”