The Hamilton Princess & Beach Club dedicated one of its rooms as The Flora Duffy Suite on Monday, October 18th to celebrate Olympic Champion Flora Duffy Day.

The room, 549, is where the Olympic gold medallist has traditionally stayed when returning to the island – notably training on the balcony here for her successful Bermuda Triathlon, part of the 2018 World Triathlon Series.

The Gold level, one bedroom suite is one of the hotel’s premium rooms, offering vista views over Hamilton Harbour.

Attending the plaque unveiling were Flora Duffy, her husband Dan Hugo, friends and family as well as members of the hotel’s leadership team, who were excited to share a special moment with the hometown hero.” 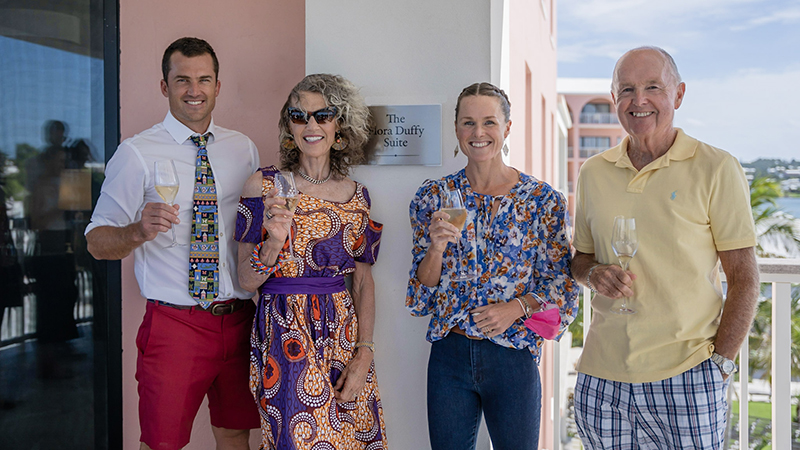 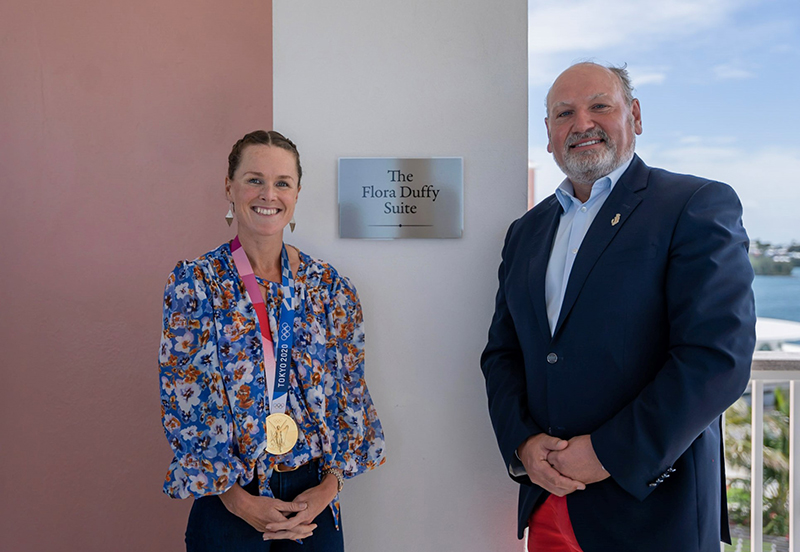 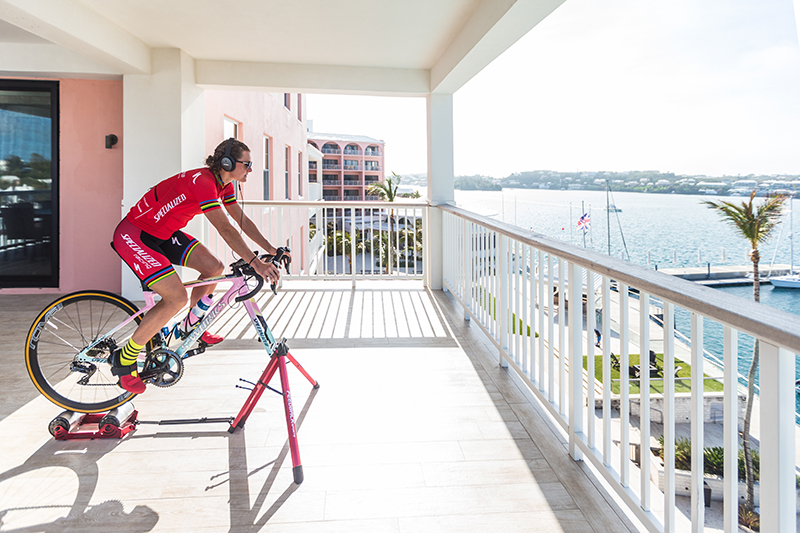 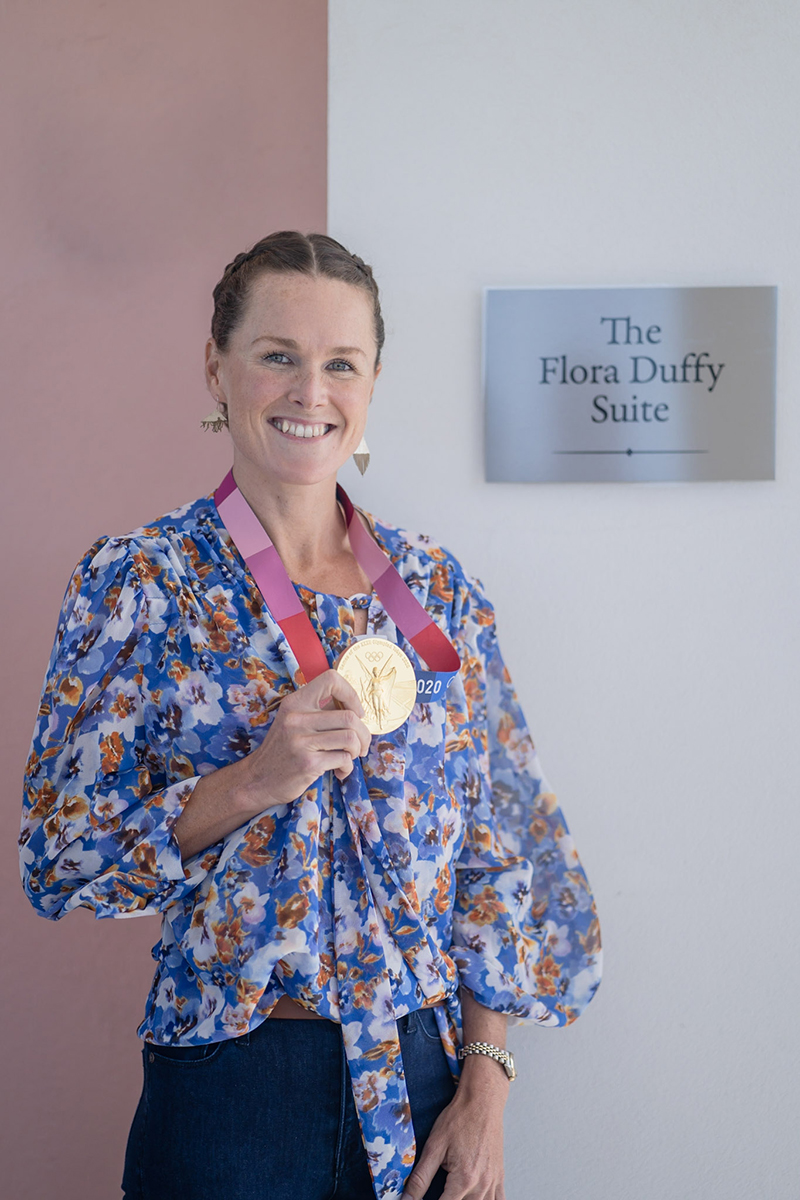