Another glass ceiling for women in sailing will be shattered next week at the 70th Bermuda Gold Cup and 2020 Open Match Racing World Championship when two accomplished female skippers – Frenchwoman Pauline Courtois and Anna Östling of Sweden – will race in the Open Worlds for the first time ever.

Women’s crews have been regular entrants at the Bermuda Gold Cup since the regatta was reformatted to a ladder-style tournament in the mid-1980s. Successful racers such as Betsy Allison, Sally Barkow and JJ Fetter of the U.S., Bermudian Paula Lewin and Klaartje Zuiderbaan of the Netherlands are among those who have tried to tackle the International One-Design [IOD] sloop on Hamilton Harbour. 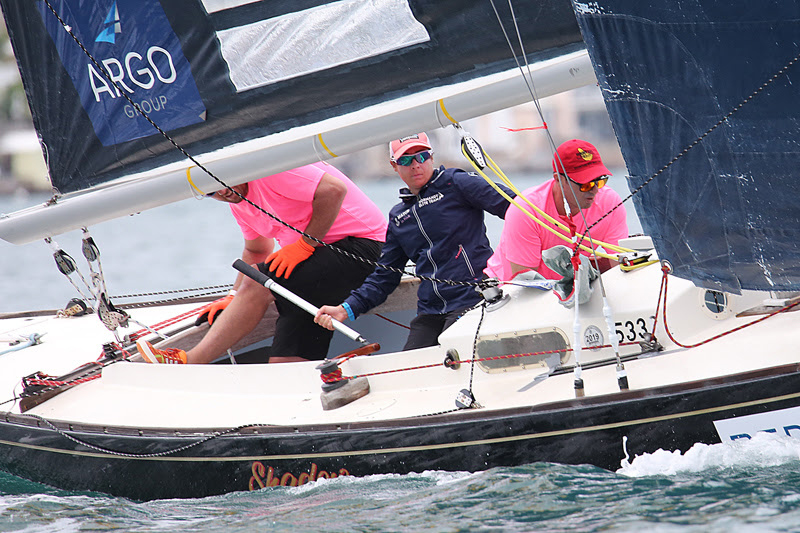 In the past two years Lucy Macgregor’s Team Mac from Great Britain posted back-to-back fourth-place finishes, the best showings ever by an all-women’s crew at the famed regatta.

The Open Worlds, however, have long been the domain of men. Never has a woman skipper raced in the Open Worlds, let alone two. Next week, that record changes.

The 70th Bermuda Gold Cup and 2020 Open Match Racing World Championship are scheduled Oct. 26-30 with a field of 16 teams set to contest the dual regatta. Courtois, 31, is back for a second go with a trove of knowledge after last year’s run to the Repechage Round. Östling, 36, a two-time winner of the Women’s World Match Racing Championship [2014, ’16], is making her first appearance at the World Match Racing Tour event in Bermuda.

“In 2015 we did our first World Match Racing Tour Open event in Marstrand after winning the qualification that spring,” Östling says. “It was a big challenge and we loved everything except the result. After that we decided to aim for doing the WMRT in 2016, but that year the tour changed to M32 catamarans, and even though we jumped into the M32 right away it was too physical to race the guys. Now that the Tour is going back to events with different boats, we said we really wanted to take on this task and dream again.” 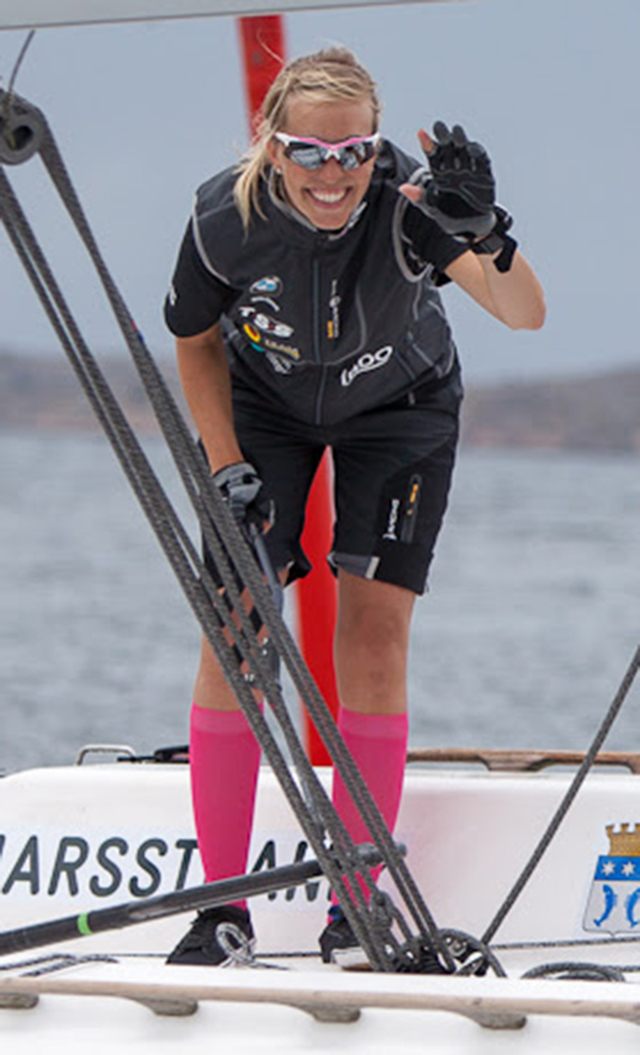 Östling began match racing in 2006 and represented Sweden at the 2012 Olympic Regatta. She would like to see a women’s tour develop in step with the World Match Racing Tour and create a path that can lead to the America’s Cup.

“The last seven years I have been sailing a lot but I also need to work since women’s match racing isn’t made for full-time sailors yet,” Östling says. “We’re working hard to push the best events to add a women’s class, to support the events with prize money and to partner with sponsors. Our dream is to be part of moving women’s sailing into a professional sport with the America’s Cup as the target. Maybe not for us but for the younger girls.”

Östling will lead an all-women’s crew, but victory would be bittersweet. She planned to race with her regular crew of Annika Carlunger, Anna Holmdahl and sisters Annie and Linnea Wennergren. But Carlunger and Holmdahl have to stay in Sweden due to family reasons so Östling recruited Julia Lines of Bermuda and Janel Zarkowsky of the U.S. as replacements.

“In a normal year we would have given everything to prepare and train a lot in the IOD’s before going. But now, due to many factors, my team just got finalized last week,” Östling says. “But my goal is always to sail with 100-percent focus and give my all. I know it’s the same for the rest of the girls, too. It’s amazing to have Julia onboard, she’ll help greatly in our understanding of the racecourse. Every little piece of the race is important, so we will do our best and see where that takes us.”

Courtois, who placed second and third at the 2018 and 2019 Women’s Match Racing World Championship, respectively, returns with a mixed crew, similar to what she had last year. Her mainsail trimmer and tactician, Cédric Chateau, is back as is headsail trimmer Thierry Douillard. Her bow person, Sophie Faguet, and pit person, Maelenn Lemaitre, will be racing in Bermuda for the first time.

“It’s a real opportunity to compete in the Open Worlds. We are very happy and honored to be invited,” says Courtois. “It would be a great example and a great promotion for women’s sailing to allow women skippers to compete every year in the Open Worlds, not only as all-women’s crews but maybe as a mixed crew. I think that mixed crew is one of the ways to promote and develop women’s sailing.”

Looking back on last year Courtois said that she feels they sailed well for the first time racing an IOD, maybe just not good enough.

“The IOD is very different from the boats we train on, bigger and heavier,” says Courtois. “Even though it’s really different, I think we sailed quite well. Just not well enough to qualify for the quarterfinals. The IOD’s a very good boat for match racing and there are often close matches, so I think the most important thing on this boat is to keep good boatspeed all the time and to try to be faster than the other boat during the pre-start.”

Racing begins next Monday, Oct. 26, with the first set of flights scheduled for 0930.

The King Edward VII Trophy, awarded to the winner of the Bermuda Gold Cup, is the oldest trophy in the world for competition involving one-design yachts. First presented in 1907 by King Edward VII at the Tri-Centenary Regatta at Jamestown, Va., honoring the 300th anniversary of the first permanent colony in America, the trophy is the only King’s Cup ever to be offered for competition in the United States which could be won outright.

The Bermuda Gold Cup, an event of the World Match Racing Tour, is presented by Argo Group in benefit of the Bermuda Institute of Ocean Sciences [BIOS], an independent US non-profit scientific research and educational organization based in Bermuda. For over 100 years BIOS-based researchers and visiting scientists have worked to explore the ocean and address important local and global environmental issues, including climate change, coral reef resilience, and environmental monitoring. As a Bermuda registered charity, BIOS is committed to providing local students with educational programs that build a foundation for an appreciation of Bermuda’s marine environment, as well as future careers in science, technology, engineering, and mathematics [STEM] subjects.