The Bermuda Government has declared October 18th a public holiday to recognize and celebrate Flora Duffy’s success in the Tokyo Olympics.

Triathlete Flora Duffy claimed Bermuda’s first ever Olympic Gold Medal, with her win making the island the smallest country in the world to win a Summer Olympic gold medal.

“Of course it is special for me, but it’s so special for the island of Bermuda, it’s not just my medal, it’s our medal,” Olympic gold medalist Flora Duffy has previously said.

Bermuda’s first ever Olympic medal was won by Clarence Hill in 1976, with the boxer claiming bronze in Montreal. 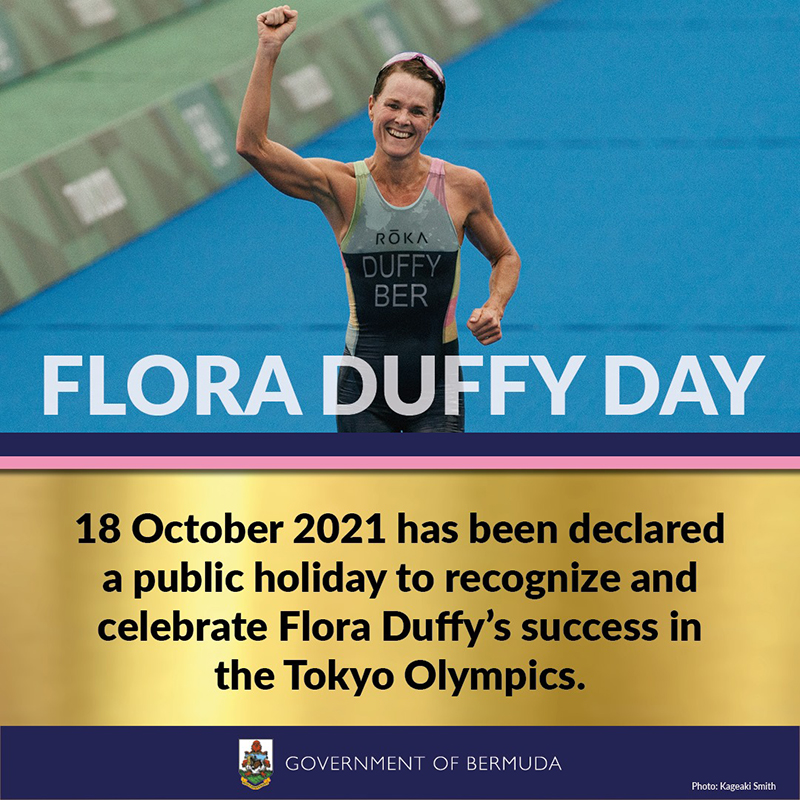