Milly — a Peregrine Falcon who was found at Spittal Pond — has been released after receiving rehabilitation and care at the Bermuda Aquarium, Museum and Zoo.

“Concerned about the well-being of the bird he contacted the Bermuda Aquarium, Museum and Zoo [BAMZ], the only local authority permitted to care for sick and injured protected wildlife. Our staff who responded were able to easily capture the bird, which is not a good sign and a clear indicator that the animal was compromised in some way.

“Raptors, or birds of prey, are a small group of birds that feed on other vertebrates. Members of this group include eagles, hawks, falcons, vultures and owls. There are some resident Barn owls in Bermuda but most birds of prey, like Peregrines, are visitors only staying for short periods of time.

“It is not uncommon to see a Swallow-tailed kite, Red-tailed hawk, or an Osprey winging its way around the island. Small birds are the preferred prey of Peregrines; however they will also eat small rodents and reptiles. 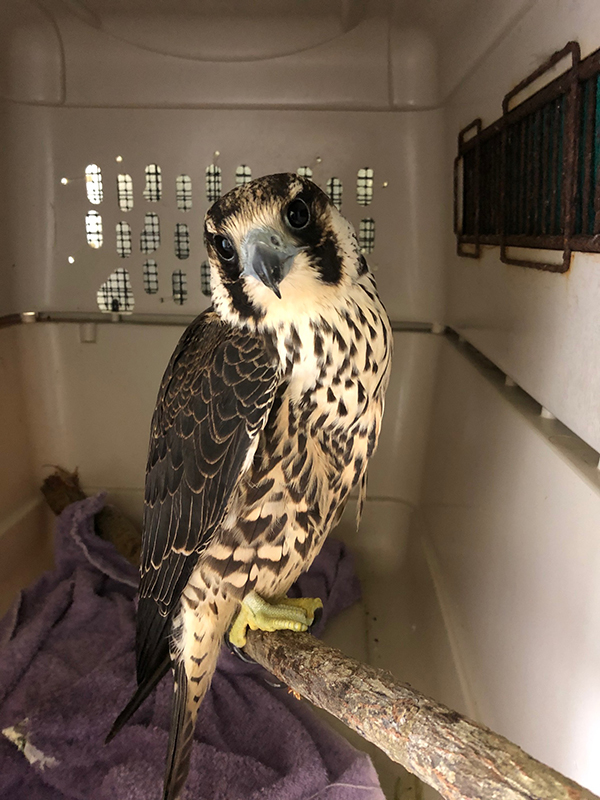 “They are the fastest animals on Earth, capable of reaching speeds of 240mph in a dive when hunting flying birds. Only the female Peregrine can claim the falcon nametag; however, the male is smaller in size and called a tiercel.

“While our animal care staff have extensive experience with seabirds and small perching birds, raptors are rare accessions into our rehabilitation program and they normally arrive in such bad shape that they seldom survive.

“They require careful handling in captivity due to their ability to seriously injure a caregiver with either a talon or hooked beak designed for tearing up small animals. After initial examinations it was found to be a young female that was extremely underweight. 2 weeks of intensive care by our dedicated staff brought her back up to the weight of an average adult. 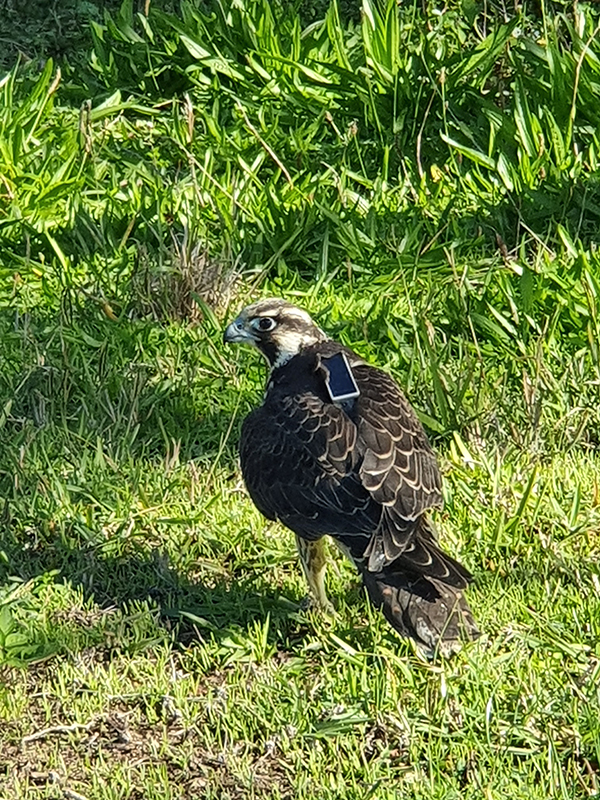 “During her rehab she was offered a daily menu of large mice which we stock for animals in our zoo collection. These rodents are specially raised for zoo feed guaranteeing they are free of any parasites or contaminants and the perfect food for a malnourished Peregrine.

“Measurements taken of the bird confirmed it was a falcon and she was fitted with a steel leg band with a unique number as an identifier. Due to the rarity of acquiring a raptor capable of being released back to the wild we saw this as a valuable opportunity to put a tracking tag on her.

“The day before her release she was fitted with a GPS-GSM Solar-Powered Telemetry unit from Cellular Tracking Technologies, purchased by the Atlantic Conservation Partnership, the US based support charity for BAMZ. 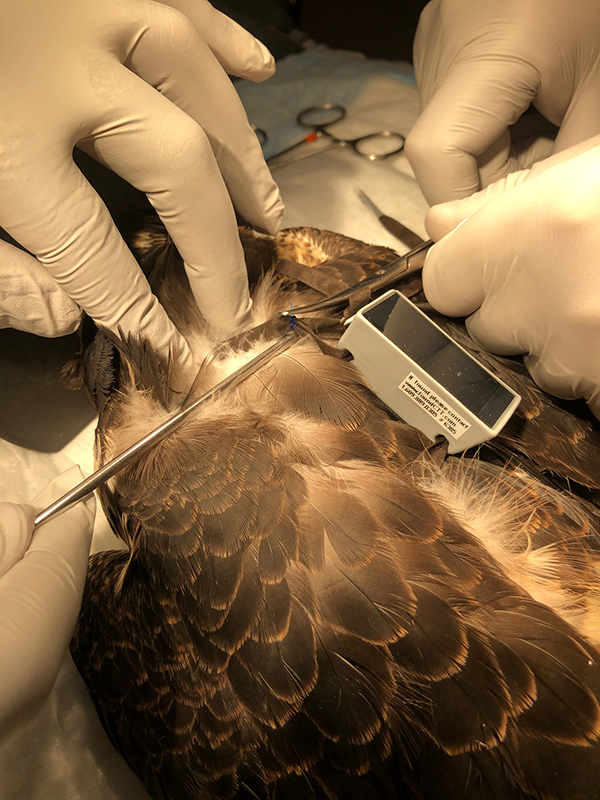 “These ‘tags’ are new technology that utilise GSM cellular networks to pinpoint location and other data which is then transmitted for cloud-based accessibility online. The tag has a solar panel and must be small enough to not impede the bird in any way, but large enough to allow for the panel and the hardware needed for the data collection and transmission.

“The tag weighed only 15 grams whereas the bird was over 700 grams. She was observed overnight to see if there were any ill effects from the tag or if the fitting was incorrect; however, the tag seemed to go unnoticed by the falcon. While we typically don’t name rehab animals she was affectionately named Milly [for Millennium Falcon] and released the next day.

“Since her release the tag has been transmitting data daily. This information can be used to help us learn more about migrant raptors, like their movement around the island, site fidelity, when they depart Bermuda and where they go once they do leave the island.”