Norwegian Cruise Line took delivery of its newest ship — the ‘Norwegian Encore‘ — with the nearly 1,100-foot-long ship set to call on a number of destinations, including Bermuda.

The Norwegian Encore will also be the first ship in the company to be plastic bottle free when she debuts, with the company previously announcing that they will use the JUST plant-based cartons.

“This highly anticipated milestone begins a nearly month-long tour with preview events scheduled in Europe, New York and Miami, including the ship’s naming ceremony on Nov. 21, 2019. In attendance were Norwegian Cruise Line and Meyer Werft executives. 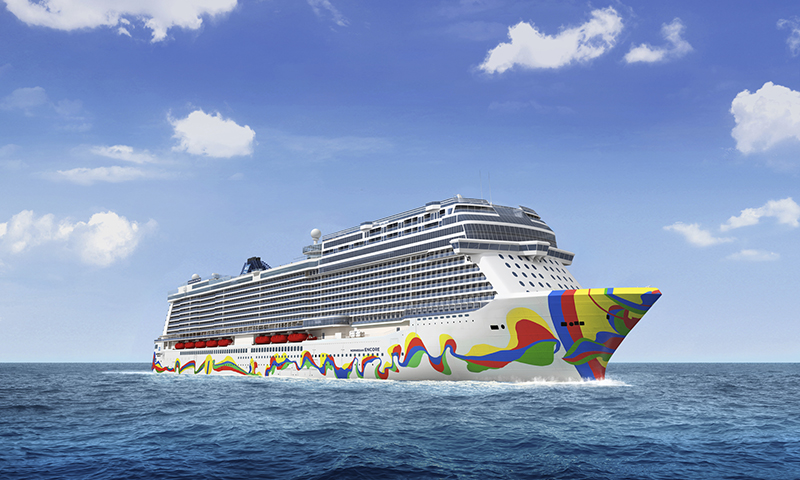 “Today we celebrate the delivery of our 17th ship and the close of our history-making Breakaway Plus class – a feat that was made possible through a special collaboration with our partners at Meyer Werft,” said Andy Stuart, president and chief executive officer of Norwegian Cruise Line. “Our dedication to creating next-level offerings on board, will allow us to continue to deliver meaningful experiences for our guests, when Norwegian Encore arrives home to Miami.”

“The nearly 1,100-foot-long Norwegian Encore, with a gross tonnage of almost 170,000 and a guest capacity of nearly 4,000, will embark on her first preview cruise from Bremerhaven, Germany on Oct.31, arriving to Southampton, England on Nov. 2.

“On Nov. 2, Norwegian Encore will commence her transatlantic voyage to the U.S., arriving to New York on Nov. 10 with a two-day preview scheduled from Nov. 11 to 13. 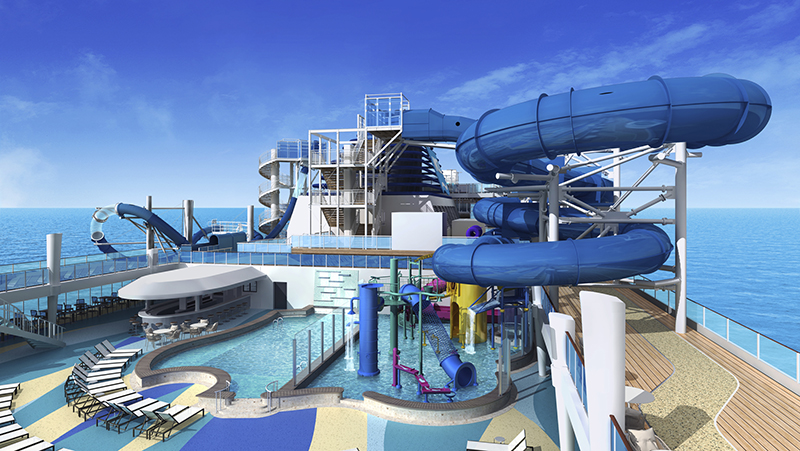 “She will then voyage to Miami for a series of events, concluding with the christening ceremony and celebration on Nov. 21, which includes a live performance by Norwegian Encore’s godmother and Grammy Award-winning singer and television host Kelly Clarkson.

“Taking the brand’s exclusive, stand-out attractions to the next level, Norwegian Encore will feature the world’s longest race track at sea at 1,100 feet with four high-speed curves extending up to 13 feet over the side of the ship; the largest outdoor laser tag arena at nearly 10,000 square feet with the addition of augmented reality elements; and new immersive escape room and interactive theatre experiences in the 10,000-square-foot Galaxy Pavilion.

“In addition to featuring many of the highly rated restaurants and lounges that have made the Breakaway Plus class one of the most innovative and successful in the Company’s history, Norwegian Encore will debut a new elevated Italian dining experience, Onda by Scarpetta, in collaboration with LDV Hospitality. 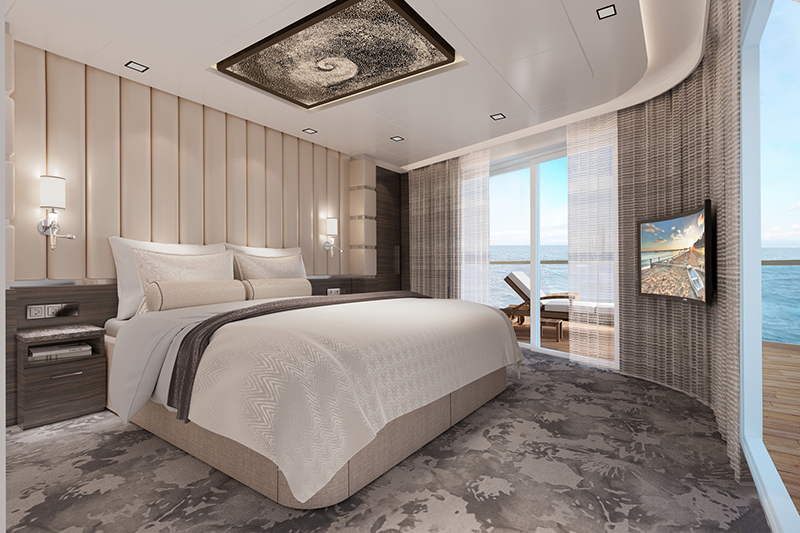 “The Tony Award®-winning musical, “Kinky Boots” will headline the world-class entertainment on board, with returning guest favorites “The Choir of Man,” “Happy Hour Prohibition: The Musical” and the rocking Beatles cover band of The Cavern Club.