While this month has proven difficult for the island with the continuing surge of Covid-19, Bermuda’s footballers have been making us proud as they have been excelling overseas in international matches, as well as professional and university-level games.

So far this month, they have scored at least 25 combined goals, won multiple awards, recorded two international victories, produced the leading goal scorer in the CAA University conference, and even had some rather flashy performances like scoring a hat-trick in only 13 minutes and scoring the game winning goal in injury time.

As there have been so many strong showings, we compiled a list of some of the main highlights, and the graphic below, which is not an exhaustive list, highlights some of the impressive accomplishments from our footballers so far this month. 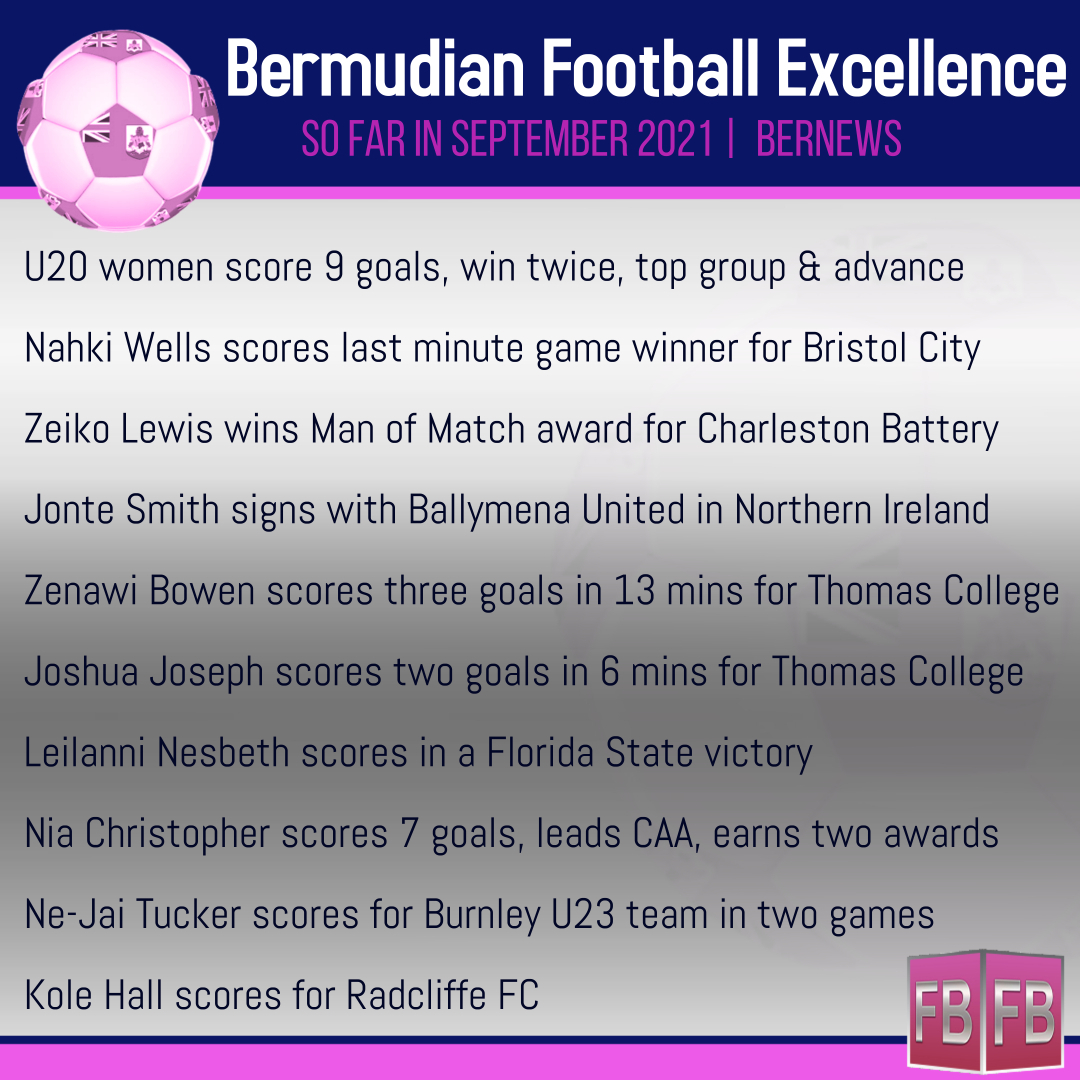 So far this month, Bermuda’s U20 Women’s team won two games, scoring nine goals while conceding none, topping their Concacaf group and advancing to the next round; Nahki Wells scored a last minute game winning goal for Bristol City; and Zeiko Lewis won the Man of the Match award for Charleston Battery.

Additional good news for Bermuda’s footballers included Jonte Smith signing with Ballymena United in Northern Ireland; Zenawi Bowen scoring three goals in just 13 minutes for Thomas College, with Joshua Joseph adding an additional pair of goals in six minutes in the same game; and Leilanni Nesbeth notching a goal in a Florida State victory, along with two assists in another match.

The high points continued on, with Kole Hall scoring in a Radcliffe FC victory; Nia Christopher scoring a total of seven goals so far this month, making her the leading scorer in the CAA conference as she earned two awards; and Ne-Jai Tucker scoring in two separate Burnley U23 victories.