One local family got an extra special Christmas gift this year, when Drue Trott made her grand debut into the world at 12:25am on Christmas morning weighing 6lbs 14oz.

The daughter of Anthonea DeSilva and Rodney Trott of Devonshire, Drue has two older brothers, one ten years old and the other five.

The couple said they did not know the sex of the baby beforehand hand so it was a complete surprise when she arrived. 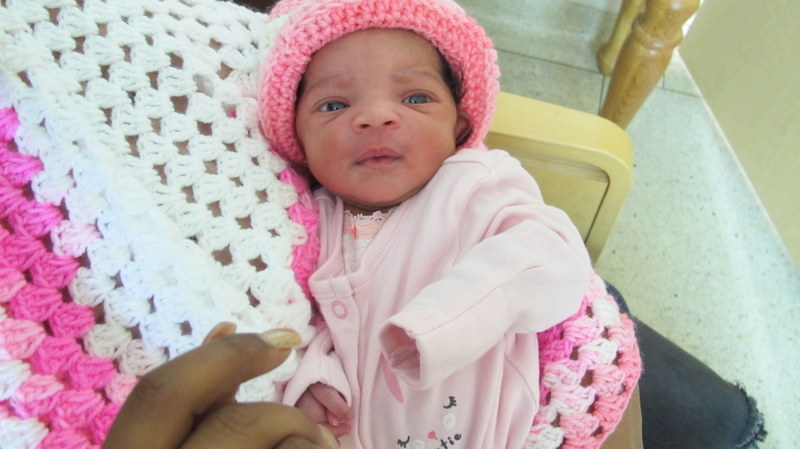 “I was really hoping for a girl because we already have two boys and I felt a girl would give some balance in the family,” said Mr Trott.

Ms DeSilva said she was happy to be through the six hours of labour and was quite surprised that Drue arrived on her Christmas Day due date. “It’s interesting that she was born at 12:25 on 12/25,” Ms DeSilva said.