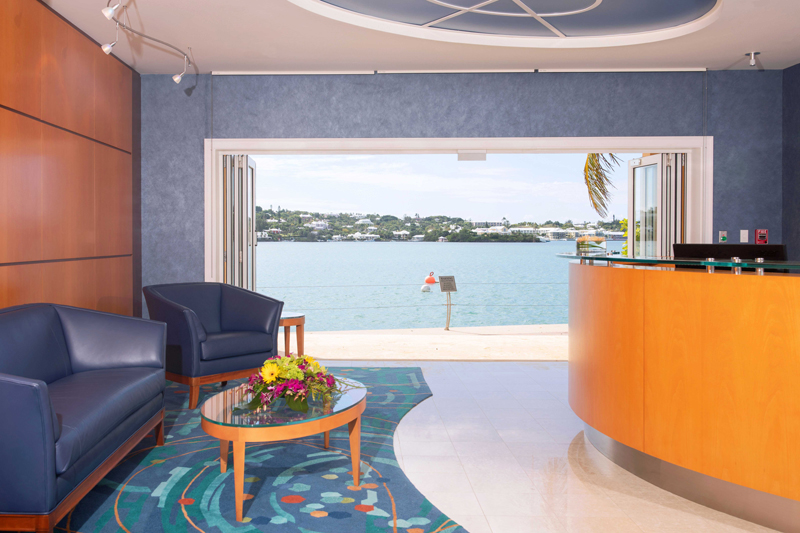 The picture-perfect winter perks of having a corporate job in Bermuda are the focus of a social-media campaign launched by the Bermuda Business Development Agency [BDA].

The campaign—dubbed the “#ViewFromMyOffice”—partnered with Bermudian photographer Meredith Andrews to showcase eye-popping vantage points and corporate spaces of international businesses throughout the island.

“The idea was to feature work venues with tantalising views that capitalise on Bermuda’s turquoise waterfronts and lush vegetation—attractive prospects in any season, but especially in the depth of winter when onshore colleagues are braving sub-zero conditions,” said BDA Head of Communications & Marketing Rosemary Jones.

“Our message being, not only is Bermuda a world-class financial centre, but also a gorgeous place to live and work year-round.” 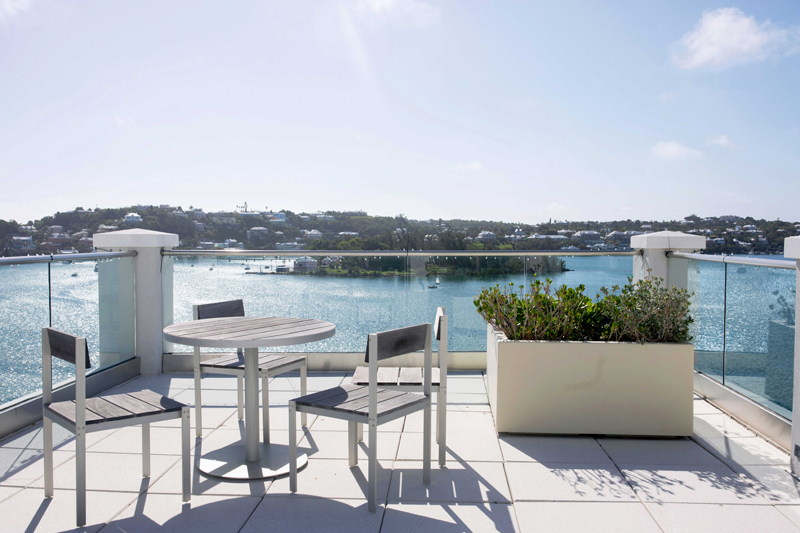 The BDA invites Bermuda-based businesses and employees to participate by liking and sharing the campaign’s posts on the agency’s Instagram, Twitter, Facebook and LinkedIn channels—and by sharing their own “#ViewFromMyOffice” and tagging the BDA.

“When the BDA asked me to photograph some of the island’s coolest workspaces, I was excited to collaborate with their team—but, to honest, it was an easy job,” said Ms Andrews.

“Selecting locations, I was spoiled for choice. The interior design of many offices rivals that of overseas destinations, and Bermuda’s beauty made providing stunning views a straightforward task. Tired of your beige cubical and the polar vortex? Prepare to be jealous!” 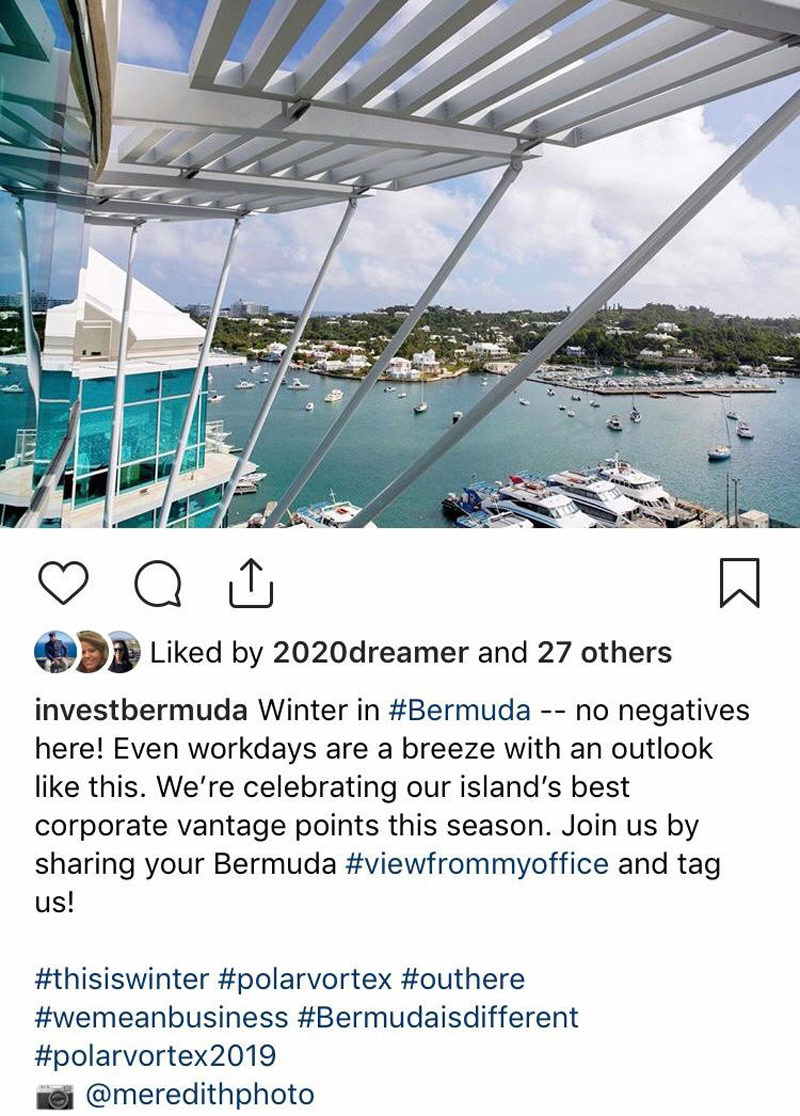