Aleisha Hollis has been called to the Bermuda Bar, with the ceremony taking place on Friday October 16th before Chief Justice Narinder Hargun.

Ms. Hollis is an Associate in the Corporate Practice at Conyers. She started her pupillage with Conyers in September 2019, having worked at the firm as a legal intern in 2017 and 2018 in the Corporate and Private Client Departments respectively.

Conyers Director Julie McLean described Ms. Hollis as an “intelligent and poised young woman” with a “passion for corporate law”.

She added: “Aleisha took advantage of the numerous scholarships and bursaries available in Bermuda to study law and sought out relevant work experience in a number of law firms and in-house positions during school breaks.

“It meant that she hit the ground running when she started her pupillage with Conyers. We are delighted to have her as part of the Conyers team and we have every confidence in her future success.” 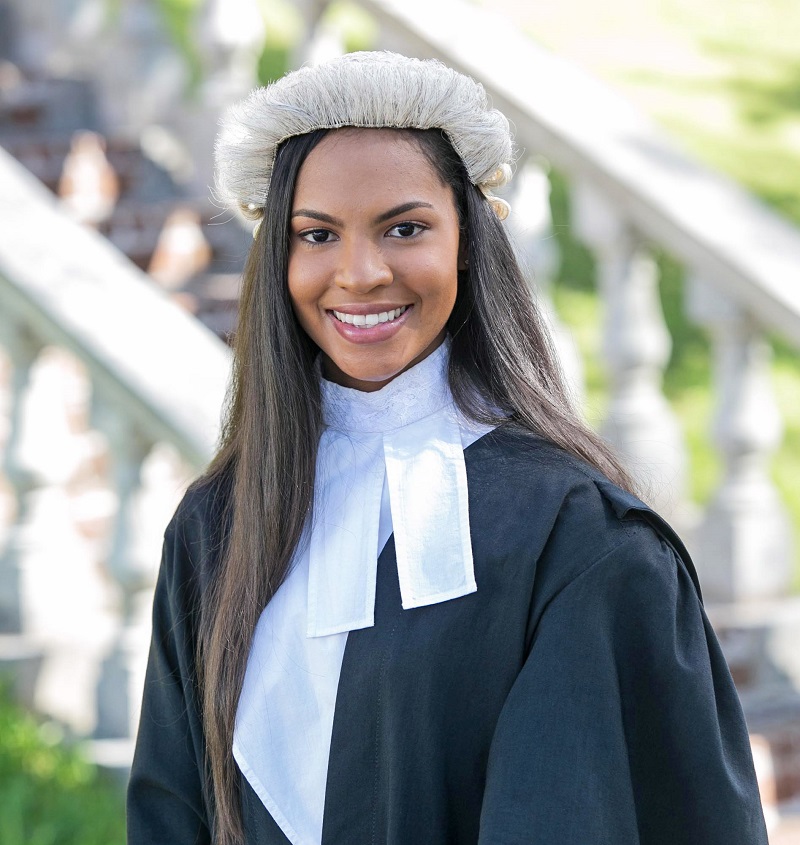 Ms. Hollis completed her law degree at The University of Essex, graduating with First Class Honours in 2018. Thereafter, she completed the Legal Practice Course and a Masters in Law, Business and Management with Distinction at the University of Law in 2019.

She attended the Bermuda High School for Girls for 13 years, where she was Head Girl. Ms. Hollis contributes a lot of her success to the school, saying: “BHS instilled in me a solid work ethic, a “go-getter” mind-set and the drive needed to stand here before you today.”

“We congratulate Aleisha on her call to the Bermuda Bar and welcome her,” said Conyers Director Sophia Greaves. “Aleisha is intelligent, determined and hardworking. She has had an excellent start to her legal career and we have no doubt that she has a bright future ahead.”

Ms. Hollis expressed gratitude to ABIC, Conyers and the Hospitals Auxiliary of Bermuda for the scholarships and bursaries that she received and for their commitment to the education of Bermuda’s youth. She thanked her parents, Albert and Deborah Hollis, for their dedication and commitment to her education, which she credits as the reason for her success.

In her address to the Court she also thanked her Conyers colleagues for their guidance and support, particularly pupil masters Elizabeth Denman, Ben Adamson, Rhys Williams, Karen Corless and Chiara Nannini and, recognised Kimberly Caines-Best of HSBC and Cynthia Thomas of Arch Reinsurance with gratitude for their mentorship.

“It is an honour and an esteemed privilege to be called to the Bermuda bar,” said Ms. Hollis. “Having had the opportunity of completing my pupillage at a leading law firm on the island, and by continuing to receive mentorship from established lawyers, I have no doubt that I will be successful in this profession, and I look forward to developing my legal career at Conyers.

“I am extremely proud of myself for reaching this milestone, although this is just the beginning. The formal education necessary to be a lawyer may be completed, but I will never stop learning.”